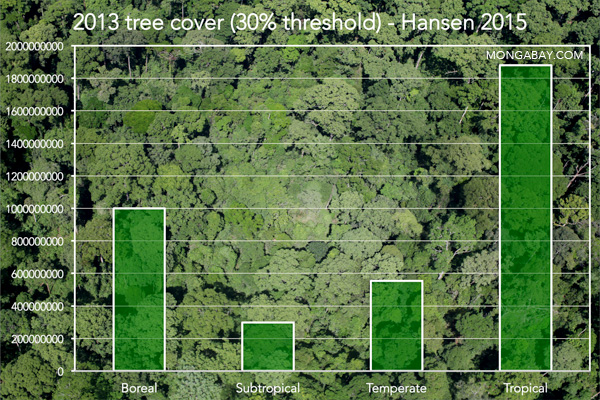 A group of prominent researchers, philanthropists, and activists are calling for a doubling of the planet’s native forest canopy by 2035 as a way to make a “U-turn” on global environmental degradation.

“The Earth Day Declaration to Double Native Forests” was initiated by Randy Hayes, the head of Foundation Earth and the co-founder of the Rainforest Action Network (RAN). It calls for a halt to all deforestation and massive restoration of native forests to stem climate change, biodiversity loss, and continued diminishment of critical ecosystem services.

The letter argues that such an effort would create a healthier, more sustainable economy through job creation and recovery of ecological functions. 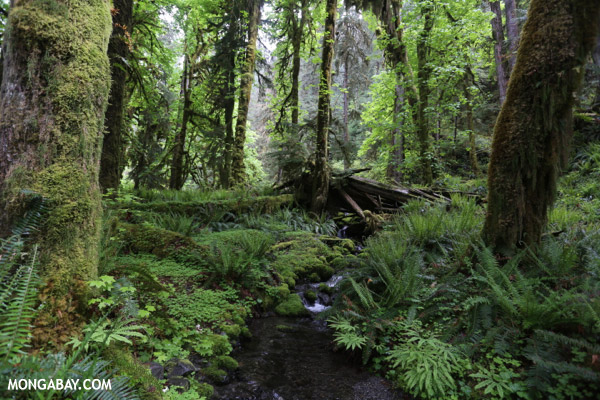 Rainforest in Washington State’s Pacific Northwest. “Native” is an important qualifier in the declaration because it excludes tree plantations, which often utilize exotic species and are grown as monocultures.

“Such a courageous step could help lead us to a future no longer driven by overconsumption of natural resources, unnecessarily environmentally damaging technologies, overpopulation, and political-economies that foster aggregate consumption,” states the letter.

“When heading for the edge of a cliff, the solution may be as simple as turning around and going in a fundamentally different direction. Native forest protection and restoration is key to this sensible U-turn. A shift to a better world is within our grasp, but we must collectively envision and enact it.” 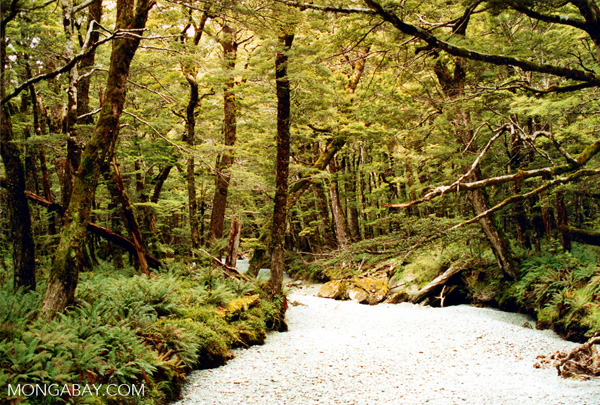 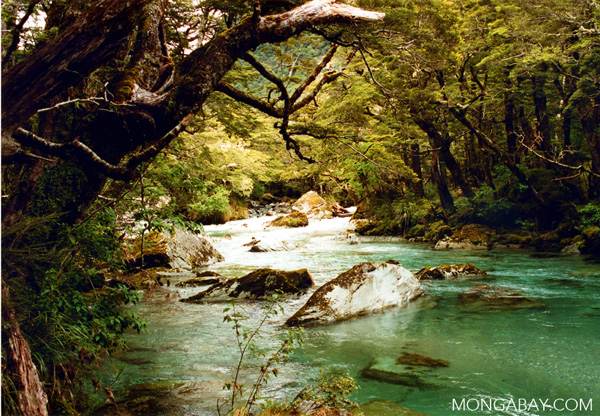 Forests on the south island of New Zealand. Photos by Rhett A. Butler.

With forest loss currently amounting to some 18 million hectares a year, the proposal is indeed ambitious. A doubling of native tree cover — assuming this means expanding forests into non-forest areas, rather than increasing tree density in existing forested lands — could represent an increase of more than 3.4 billion hectares, pushing the planet’s forest cover to 46 percent of its total land mass.

Nonetheless there is already a massive forest restoration initiative underway in the form of the Bonn Challenge. Announced in 2012, The Bonn Challenge aims to restore 150 million hectares of the degraded and deforested lands by 2020. Dozens of countries have since announced reforestation and restoration commitments under the initiative. 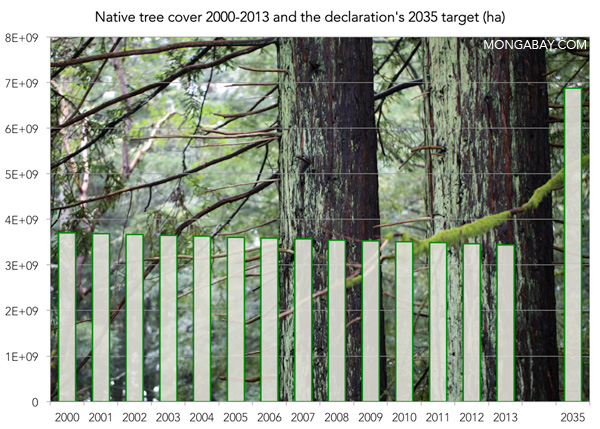