While conducting a bird survey in the Ebo Forest Reserve of Cameroon, Scottish ornithologist Robin Whytock noted two uncommon forest raptors in a camp regularly used by commercial bushmeat hunters. The birds, a crowned eagle (Stephanoaetus coronatus) and a Cassin’s hawk-eagle (Aquila Africana) were notable sightings not only because they are infrequently spotted.

Both raptors were dead, and their stripped carcasses lay discarded on the ground.

Whytock suspected that hunters had eaten them while camped out in pursuit of higher-value mammals that they would sell at market. Since most past studies assessed types and quantities of bushmeat for sale in marketplaces and villages, Whytock realized that the bird carcasses might indicate previously undocumented hunting pressure. He proposed a systematic study of bird carcasses at hunting camps to find out. 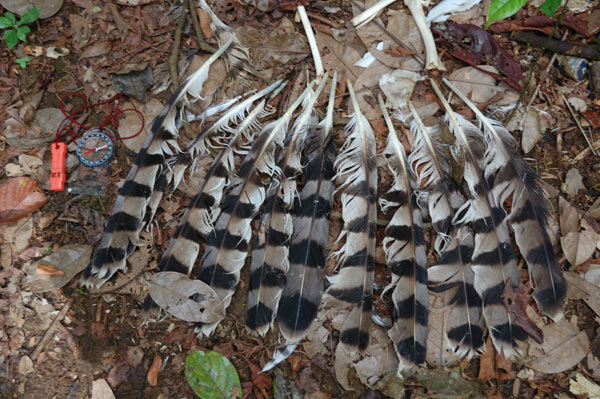 When using the term bushmeat, conservationists often think of illegally hunted wild mammals destined for the cooking pot. But Whytock’s study published in Fauna and Flora International’s Oryx Journal found that birds can indeed make up a large proportion of illegally hunted animals in Central Africa. The research was funded by the San Diego Zoo and the Peregrine Fund.

Whytock and his coauthors surveyed thirteen hunting camps in Cameroon’s Ebo Forest Reserve over a period of nine months. They discovered 49 bird remains, and confirmed that large birds make up the majority of food carcasses discarded near hunting camps. The field team found that hunters took at least twenty-one species of birds while in camp, with hornbills, vultures and raptors among the most common.

“Our results indicate that some large-bodied bird species are experiencing previously unrecognized levels of mortality from bushmeat hunting, which to the best of our knowledge has not been observed elsewhere in West and Central Africa,” wrote the researchers.

Most interestingly, and adding weight to Whytock’s hypothesis, some species had never before been recorded in bushmeat surveys of markets or villages. The researchers found that one such species, the white-thighed hornbill (Bycanistes albotibialis) accounted for the most numerous carcasses around hunting camps. Other species, such as palm-nut vultures (Gypohierax angolensis) were much more commonly consumed than marketplace or village surveys would suggest.

“It’s likely that other species of birds are targeted for bushmeat, but have yet to be identified,” Whytock told mongabay.com. “The difficulty is that in bushmeat markets or hunting camps it can often be difficult to positively identify a carcass to species level, since feathers and other important identification features such as the head have been removed.”

While the team found many raptor carcasses at hunting camps, they didn’t find additional African crowned eagles, the keystone predator that initially prompted Whytock’s interest in the study. The paper suggests this may be because the raptor is naturally scarce, with its numbers further reduced by past bushmeat hunting. The website africanraptors.org notes that hunters in Mt. Cameroon National Park openly discussed hunting African crowned eagles over the past fifteen years, and said that they now encounter the eagles as little as once a year. Historical evidence from as early as the 1930’s suggests that large birds have always been part of the local diet.

Troublingly, the study finds that the region’s camp hunters continue to prefer large-bodied birds. Any overhunting of large birds, especially birds of prey, tends to impact an ecosystem more severely than the overhunting of smaller species. Raptors and other large birds interact with several levels of the food chain, and tend to reproduce slowly and occur in lower densities. 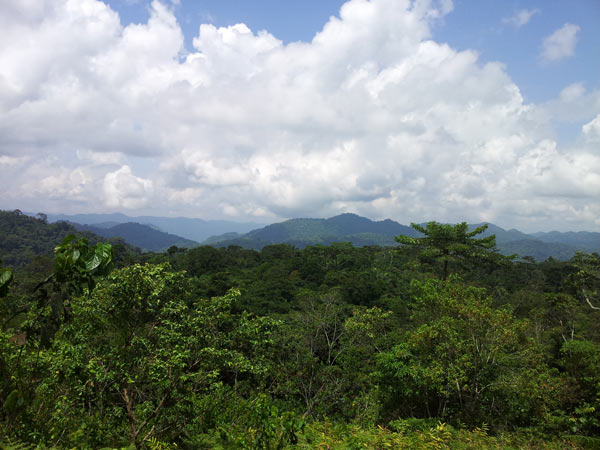 The researchers conclude that hunters probably consume birds with a lower market value while hunting species of mammal and reptile more highly valued as bushmeat. Whytock proposes that more research is needed into the market value of a wide variety of hunted species, and into shifts in hunting practices.

“The next steps are to assess the population status and sustainability of hunting vulnerable species such as raptors and hornbills, understand the reasons why people target these species, and determine how important birds are to the cultural beliefs and economic livelihoods of local people,” Whytock told mongabay.com. “When we know these details, we can begin to develop conservation initiatives if necessary.” A Rufford Small grant will support further studies, which Whytock expects to complete by early 2016. 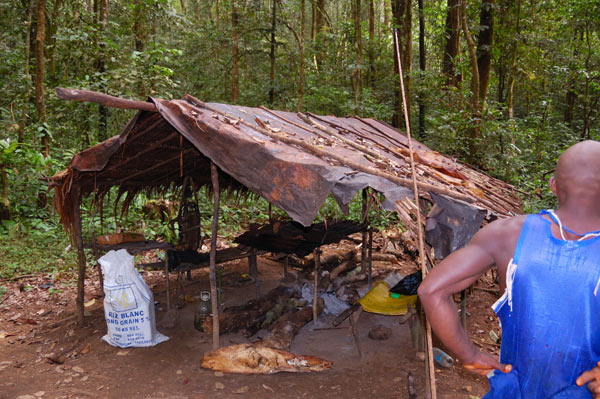 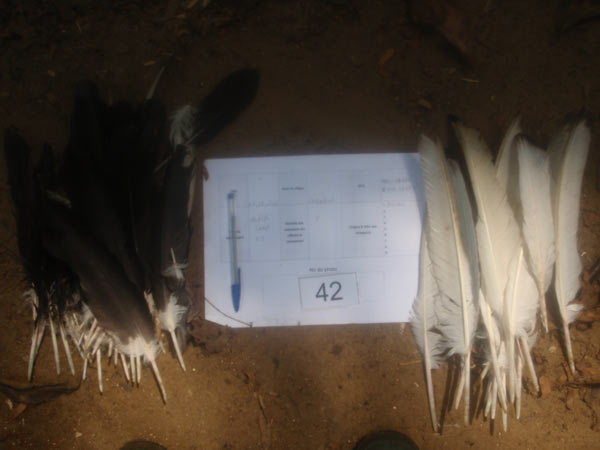 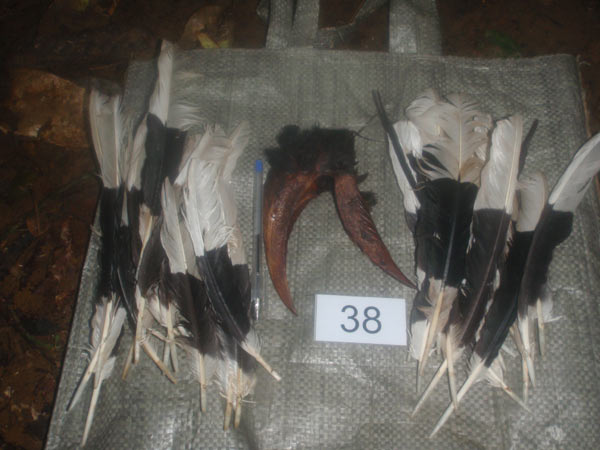