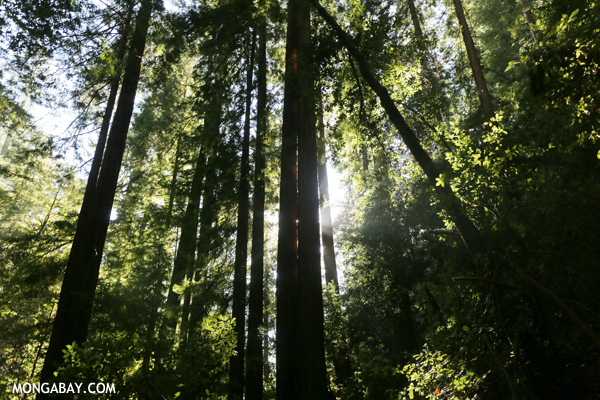 If you Google “rainforest,” you’re almost assured to get a page of search results mostly about the tropics. Yet, another kind of rainforest also exists: temperate rainforests. Far less expansive than the tropical kind, temperate rainforests occur in isolated patches and strips around the world – from the coasts of western North America and eastern Siberia, to throughout much of New Zealand and Tasmania. In a new study published recently in Earth Systems and Environmental Sciences, researchers warn that temperate rainforests may be in for big changes in the face of global warming, and they recommend reducing greenhouse gas emissions before it’s too late.

Definitions vary per country as to what exactly defines a temperate rainforest, but generally, they comprise dense stands of forest with canopies covering most of the sky, occur in areas with high annual rates of rainfall, and are composed mainly of tree species that don’t need fire to reproduce. They are a highly biodiverse biome, supporting many different species – including many endemics. Research indicates 45 percent of the vertebrates in Chile’s temperate rainforests, for example, are found nowhere else on earth.

Human impacts have long affected temperate rainforests. Most of Europe’s were logged long ago, Chile’s declined significantly in the last century, and few redwoods remain on the U.S. west coast compared to the extensive forests that existed before Europeans entered the scene. Now, after logging pressures have somewhat subsided and protected areas have been established to preserve the remnants that remained, the world’s temperate rainforests are facing a new threat: global warming.

Atmospheric greenhouse gas levels are ramping up as fossil fuels are burned, trees are cut down, and methane leaches from the sea, the arctic, cows, and palm oil production plants (among many other sources). Carbon dioxide, the primary culprit, now hovers at 400 parts per million (ppm), a level not recorded at any other point in human history. These high levels of greenhouse gases are trapping heat energy in the atmosphere, which, in turn, is changing climates around the world.

The authors of the study used global climate models to predict what will happen to temperature and precipitation patterns along a 2,200-mile stretch of coastline in western North America if greenhouse gases continue to rise. They found coast redwoods may lose 23 percent of their current distribution, the range of Alaska yellow-cedar could shrink 21 percent, and rainforest communities in Oregon and northern California may contract. They also found most of the protected areas in the study region will not be immune from climatic changes. 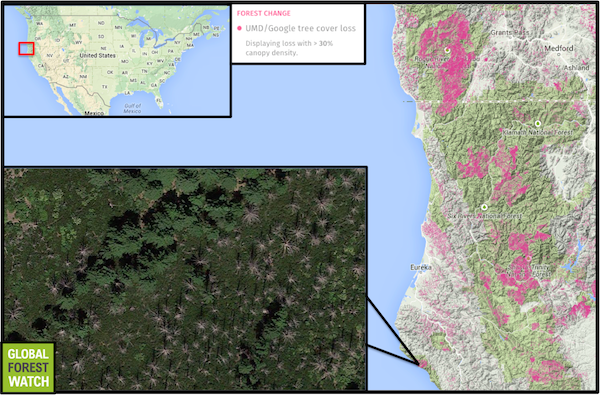 However, there were a couple bits of “good” news. Because glaciers are melting, new real estate may open up for some northern temperate rainforests. And the authors say climatic conditions in Alaska may remain hospitable for rainforests.

“In the Pacific Northwest, the glass is half empty as the climate may no longer support rainforest communities like coast redwood, while on the Tongass National Forest in southeast Alaska the glass is half full as cooler, moister conditions may prevail as a refuge for rainforest communities that can migrate in time,” said lead author Dominick A. DellaSala, Chief Scientists of the Oregon-based Geos Institute.

The authors caution that as global warming restricts temperate rainforests to their northern reaches, protecting those areas from human disturbance will become all the more important.

“We know from studies around the world that if rainforests are stressed by the combined impacts of climate change and land-disturbances, there is little hope in maintaining their ecosystem benefits for people or wildlife over the long term,” said Patric Brandt a global warming researcher with the Research Program on Climate Change, Agriculture, and Food Security (CCAFS).

The researchers urge reductions in greenhouse gas emissions and protecting rainforests from logging and development. They write that areas of protection focus should include north-facing slopes and older forests – which will be less likely to be affected by a changing climate – and specifically underline the importance of preserving Tongass National Forest in Alaska, which they say may end up being the last best refuge for temperate rainforest ecosystems.

“The Tongass is our best hope for holding onto the verdant rainforest web-of-life that has sustained native peoples for millennia and supported the subsistence economy of southeast Alaska,” DellaSala said, “but only if the old-growth forests are protected for their climate and wildlife benefits.”