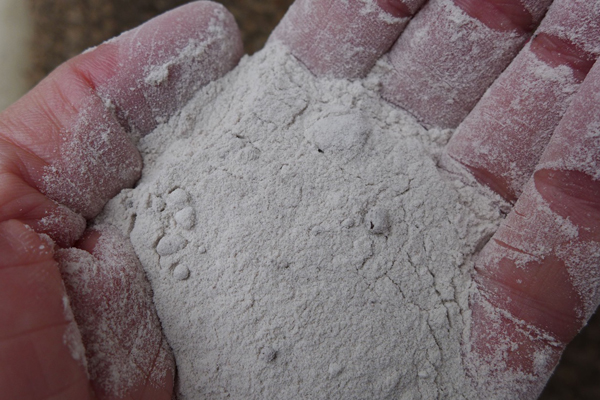 The white sands of the Tapiche-Blanco region in Peru. Photo by: Nigel Pitman.

Most people think of the Amazon rainforest as one massive, homogenous ecosystem—a giant castle of green. However, within the Amazon rainforest lie a myriad of distinct ecosystems, sporting unique characteristics and harboring endemic species. One of the rarer ecosystems in the Amazon is the white sands forest, which has a high percentage of species found nowhere else and a low canopy—around 15 meters—due to nutrient poor sandy soil. Last year, the Chicago Field Museum targeted a white sands forest in Peru—known as Tapiche-Blanco—for its 27th rapid biological and social inventory, which sends a team of biologists, geologists, and social scientists to survey a little-known area for three weeks.

“Both the national and regional governments of Peru have identified Tapiche-Blanco as a priority,” said Corine Vriesendorp, a conservation ecologist with the Field Museum. “This mostly reflects the white-sand forests in the region—the forests along either side of the Blanco River are the greatest expanse of white-sand forest in Peru. White sand forests are rare—they cover less than one percent of the Peruvian Amazon. They are typically low-diversity and high-endemism, with many species restricted to these habitats.”

Over 17 days in the field last year, the team documented an incredible 1,751 species, including a baffling-looking monkey. According to Vriesendorp, the titi monkey—in the genus Callicebus— “is either a new species or a previously unknown color variant of [the coppery titi] Callicebus cupreus.” 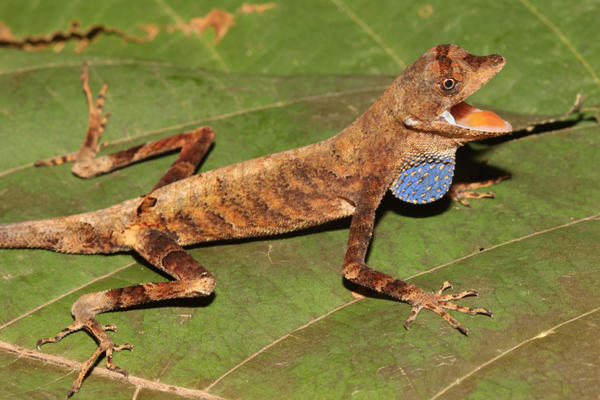 She added that “none of the experts in Peru, Colombia, or Brazil have seen this coloration before, and there isn’t anything like it in the Museum collection.”

The Tapiche-Blanco region represents a hugely-important target for potential conservation action, not just because of high biodiversity, but also carbon. The region is estimated as having some of the highest carbon stock in the country, including both above ground in the forest and below ground in peatlands. Finally, protecting the Tapiche-Blanco area would mean connecting two other vast areas of protected forests in Peru.

“Tapiche-Blanco is the key piece in connecting two large landscapes surveyed in previous rapid inventories (now protected as the Reserva Nacional Matsés and the Zona Reservada Sierra del Divisor),” said Vriesendorp, who added that this “would create continuous forested landscape greater than 5.5 million hectares along the Peru-Brazil border. ” 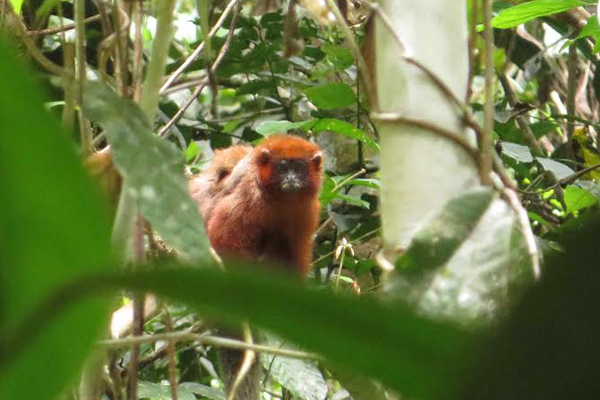 If protected, the total area would cover a stretch of forest larger than Costa Rica. Yet, the Tapiche-Blanco remains hugely imperiled by ongoing timber concessions.

“Most of the region has been designated for forestry…but the highest-value timber species have already been removed. There are four forestry concessions in the region, but some of these have been cancelled in recent years. Forestry operations inside communities are also active, and illegal and informal logging remains common throughout the region,” explained Vriesendorp

Oil and gas exploration is another threat to the region, which is currently covered by three concessions. Fossil fuels are a pervading issue throughout Peru, as a 2010 study found that 41 percent of the Peruvian Amazon was covered by oil and gas concessions, almost six times more than what was covered in 2003.

“Over the last two years the Pacific Rubiales company has opened dozens of seismic lines in the southern portion of [our] study area,” said Vriesendorp.

The team of scientists now recommend that Peru completes land titling for indigenous communities in the region and redraws the boundaries for areas open to forestry, especially removing the white sands forests.

Finally, they recommend the creation of a new 315,000 hectare park, which would be open for resource use by local communities. The Field Museum rapid inventories have a long and positive track record of moving from inventory to protection-on-the-ground.

“In the last 15 years, our rapid inventories have provided decision-makers with compelling science to support conservation action,” explained Vriesendorp. “National and regional governments in Ecuador, Peru, and Bolivia have used our inventories as a foundation to establish 17 new protected areas, conserving 8.6 million hectares of Amazonian and Andean wilderness.” 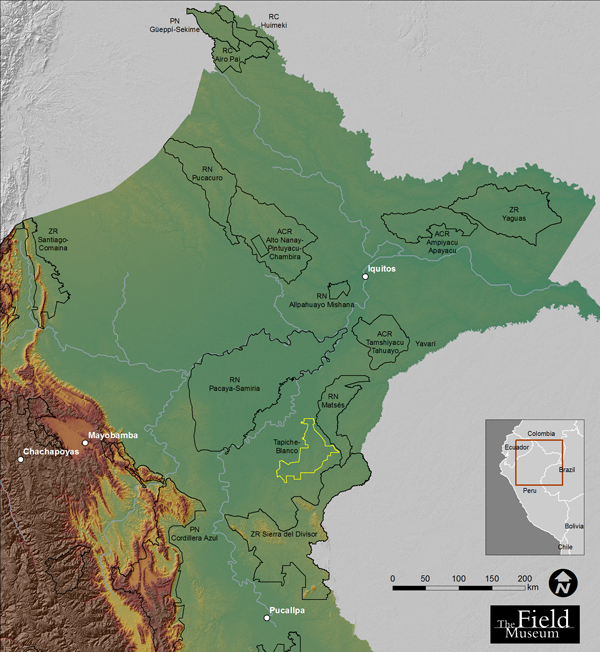 Map of the region explored. Photo by: the Field Museum. 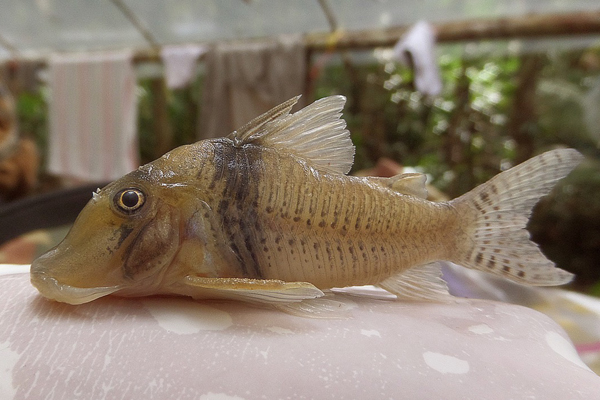 Freshwater fish from the region. One of 181 fish species recorded in the region out of an estimated 400. Photo by: Isabel Corahua. 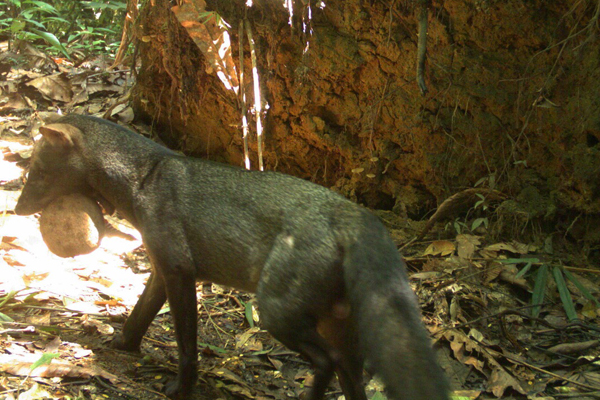 A cryptic and rare short-eared dog caught on camera trap during the expedition. It has a large fruit in its mouth as the short-eared dog eats a significant amount of fruit. Photo by: Patricia Alvarez Loayza and Mario Escobedo. 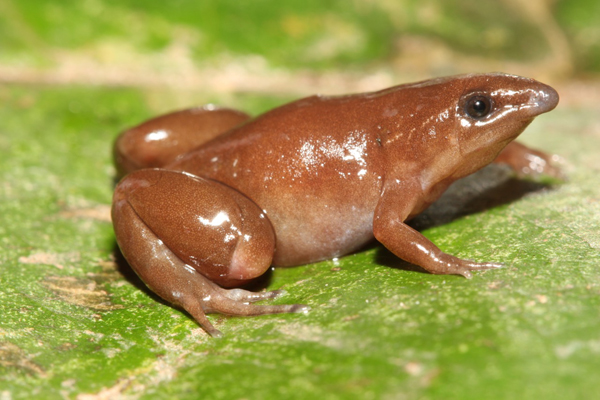 A frog from the region out for the 74 recorded during the rapid inventory. Scientists estimate that 120 are in the region. Photo by: Giussepe Gagliardi Urrutia. 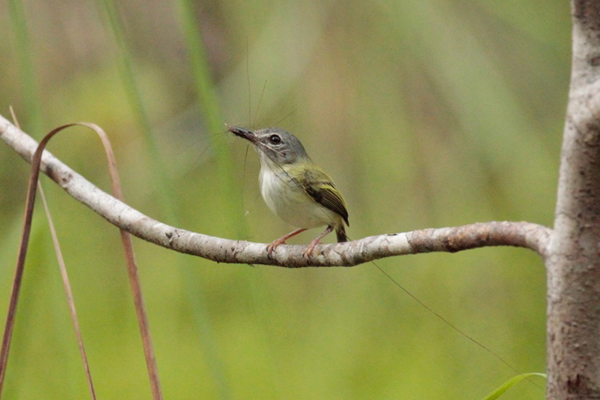 One of the 394 birds surveyed in the region. Photo by: Percy Saboya. 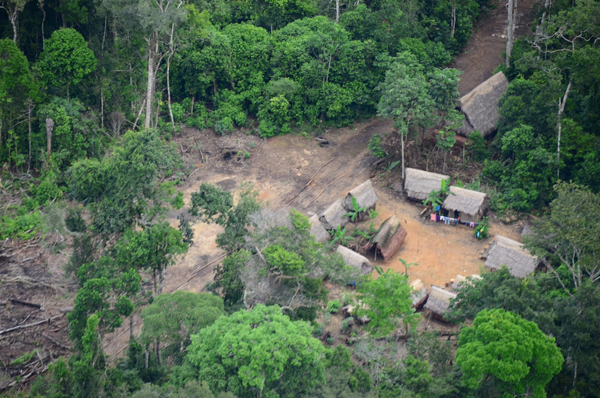 Logging camp in the region. Photo by: Alvaro del Campo. 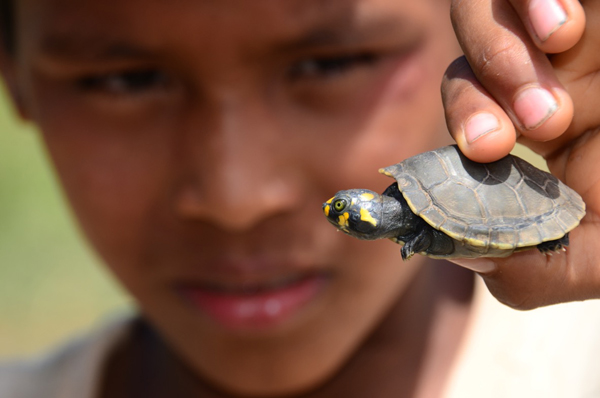 Boy shows off a turtle. Photo by: Alvaro del Campo. 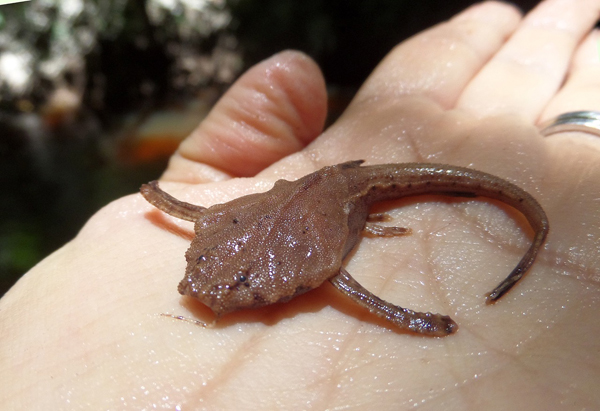 Freshwater fish from the survey. Photo by: Isabel Corahua. 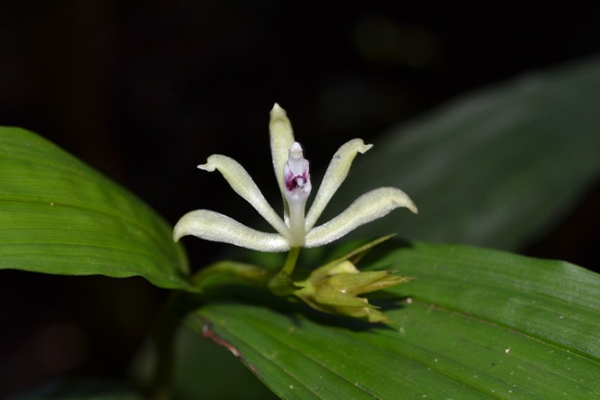 One of the 1,000-plus plant species recorded during the survey. Photo by: Tony Mori. 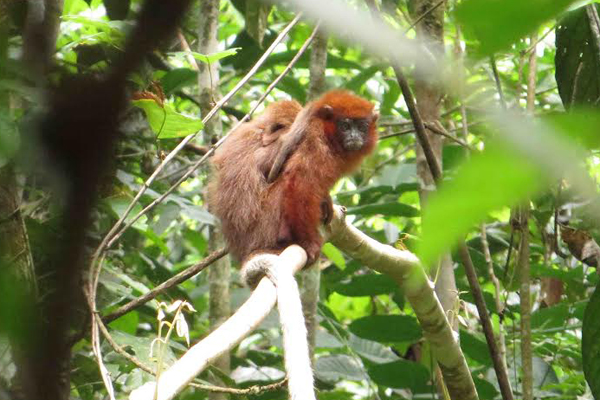 Another photo of the mystery titi monkey. Photo by: Brian O’Shea. 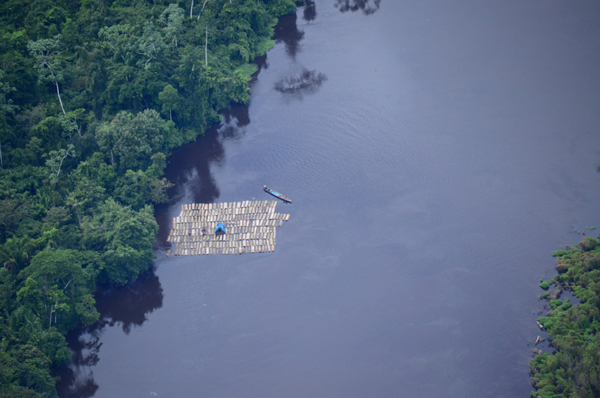 Timber going down the river. Photo by: Alvaro del Campo.