Côte d’Ivoire, the world’s largest producer of cocoa, also boasts an ecosystem of great biological richness and species diversity, with over 2,250 endemic plants and 270 vertebrate species. Unfortunately, it also has the highest deforestation rate in all of sub-Saharan Africa, largely due to its rise as a significant player in the global agricultural economy after years of civil unrest.

The country’s wild primates have suffered particularly severe declines due to the establishment of illegal cocoa plantations inside protected areas, according to a new study published in mongabay.com’s open access journal, Tropical conservation Science . 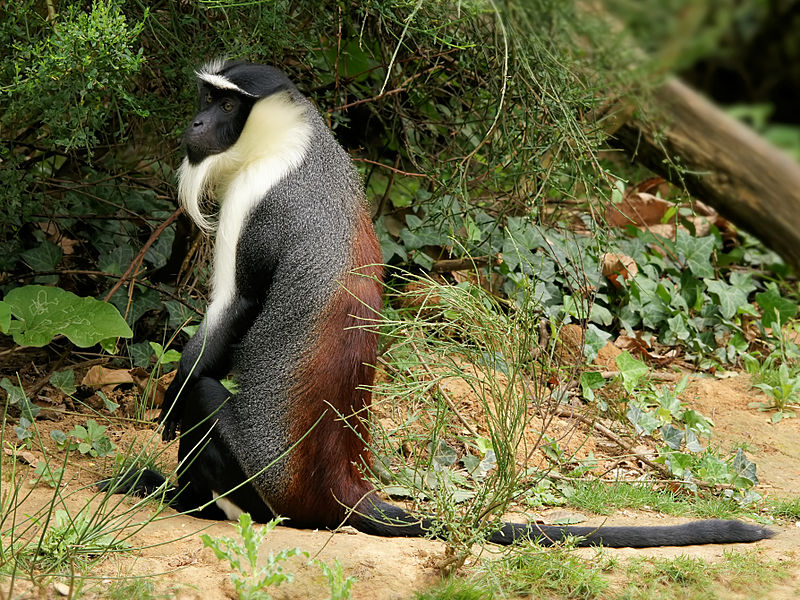 Roloway Monkey in captivity, one of the primate species that can be found in the Côte d’Ivoire. Photo credit: Hans Hillewaert under a Creative Commons Attribution-Share Alike 3.0 Unported license.

The authors surveyed twenty-three protected areas to determine the number of wild primate species present, the extent of habitat degradation in general and due to cocoa farming, and the human population adjacent to the preserves.

“Our data reveal a significant positive correlation… between cocoa farming and the absence of primate species inside Côte d’Ivoire’s national parks and forest reserves,” wrote the researchers.

“Each of the twenty-three reserves is characterized by at least one primate extirpation. Five have lost half of their primate species and thirteen have lost all of them.” Cocoa plantations represented 93 percent of illegally grown crops in protected areas, with subsistence crops occupying the remaining percentage.

“Aggressive conservation action is needed to curb hunting [of primates] throughout Côte d’Ivoire, but unless illegal cocoa farming is similarly controlled, even effective enforcement of anti-hunting laws will not prevent the loss of additional primate diversity, since habitats capable of supporting primate populations—including those within protected areas—will no longer exist,” wrote the researchers.

While the study showed a strong relationship between deforestation and primate extirpation, some mostly-deforested reserves retained more primate diversity than others. For example, six out of eight native monkey species were found in two parks that had lost 80 percent of their forest to cocoa plantations, possibly because those parks hosted community conservation and surveillance programs. In contrast, the Haut Sassandra Forest Reserve, a formerly high-conflict area that remained for a long time outside of government control, lost 70 percent of its forest but all of its primates. For the authors, this management difference underscored the importance to primate diversity of not only curbing deforestation, but of organized and socially engaged conservation planning. 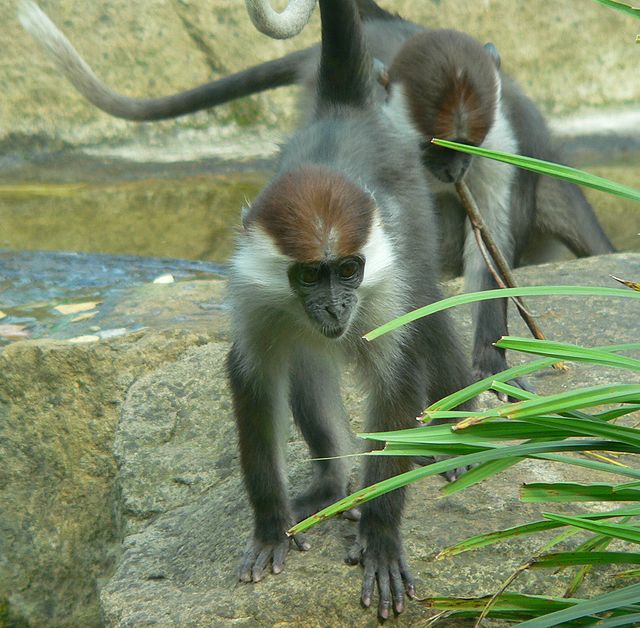 The study also emphasized the importance of three particular forest areas as refuges for three of the most threatened wild primates. The endangered Roloway’s monkey (Cercopithecus Diana roloway) and white-collared mangabey (Cercocebus atys lunulatus) depend almost entirely on the forest remaining within Port Gauthier and Dassioko Forest Reserves and the Tanoe Community Forest. The researchers have spearheaded a community-based monitoring program in the Dassioko reserve, one of the last refuges for the endangered Western chimpanzee (Pan troglodytes verus).

A number of agroforestry strategies could also potentially serve the needs of both local economies and ecosystems, wrote the researchers. The most promising of these is “shade-grown cocoa,” which doesn’t require complete deforestation, and has already succeeded in maintaining primate populations on Brazil’s cocoa plantations. Interviewed Côte d’Ivoire farmers expressed willingness to try the approach because the preservation of standing trees on their plantations also increases the land’s ability to retain soil moisture and improve fertility.

The authors emphasized the urgent need for the implementation of agroforestry practices, given the stunning decline of Cote d’Ivoire’s forests and the ongoing pressures to improve cocoa yields. The nation loses 654,829 acres (265,000 hectares) of forest annually.

“It is unlikely,” they wrote, “that Cote d’Ivoire will have the resources required to halt cocoa production and hunting inside all its protected areas, and given the very low [primate] encounter rates during surveys, there is a strong possibility that additional primate populations could be extirpated.”

“The immediate priority must be to reinforce surveillance of the remaining blocks of land set aside for their preservation,” concluded the scientists. “Realistic hopes of eventually witnessing primate populations expanding in and into regenerated habitats hinge on our ability to protect the dwindling elements of those habitats now.”