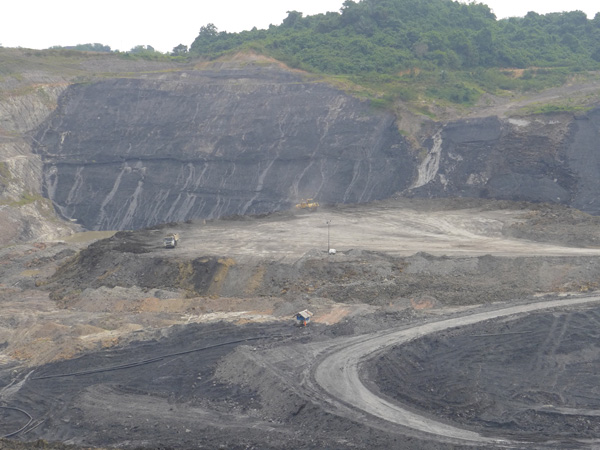 The governor of East Kalimantan, Indonesia, has reaffirmed his commitment to a 2013 moratorium on mining, logging, and plantation permits. The policy, which was originally outlined in a letter to the province’s regents and mayors will be elevated to a higher status, he said.

“I know there are local officials who do not like the letter I issued. However, I have no doubts about my decision to elevate the policy to governor regulation (peraturan gubernur),” said Governor Awang Faroek Ishak. “This policy constitutes concrete steps forward by East Kalimantan in the national goal to reduce carbon emissions by 26 percent by 2020.”

Over half of East Kalimantan, on the island of Borneo, has been earmarked for coal mining. Permits have historically been issued by local officials with little oversight, with notable increases occurring before elections as they seek sources of quick cash to fund their campaigns, or increase personal wealth before leaving office. 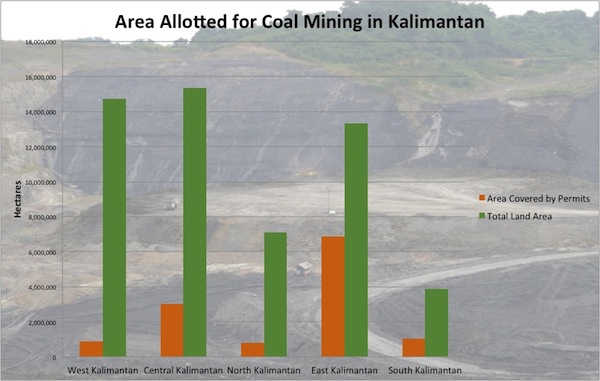 Data from the Indonesian Ministry of Energy and Mineral Resources (2013). Background photo by David Fogarty. Click to enlarge.

Although the governor’s moratorium is a welcome step, analysts believe more needs to be done to evaluate current permits, and to ensure that existing regulations are being followed.

“An evaluation or audit on [current] permits is important, because there are many that are invalid,” Haris Retno of the University of Mulawarman told Mongabay-Indonesia. He also hopes that the governor will seek community input during the drafting of the regulation to help ensure there are fewer loopholes exploitable by local officials, and more oversight of current operations.

For example, nearly 70% of the area within the city of Samarinda has been permitted for mining. Poor oversight and failure to adequately rehabilitate abandoned mines has resulting in widespread problems including several deaths, and regular flooding which has cost the city millions of dollars in damages.