A forest area in Morowali, Central Sulawesi, that has been cleared by a mining company. Photo: Christopher Paino

As a pair of Chinese-controlled mining companies proceed with plans to construct nickel smelters in Indonesia’s Central Sulawesi province, in line with a national edict to increase in-country mineral processing capacity, locals fear the factories will only intensify environmental degradation from the same firms’ mining operations.

Andika, a local environmental activist and mining researcher, said the smelters will harm the livelihoods of fishermen who have worked for generations in Tomori and Tolo Bays.

“The smelters will cause changes in the landscape and marine ecosystems that fishermen depend on,” he said. “In fact, the area has great potential as a fishery. It’s full of red snapper and grouper.”

He added that an economic calculation should be done to see whether the community would be better off receiving fishing gear and more income from fishing instead of increasing its dependence on mining.

“Ecologically, building smelters in Tomori and Tolo Bays will certainly have a harmful impact,” he said. “Even if technical arguments from specialists and experts deny it.” 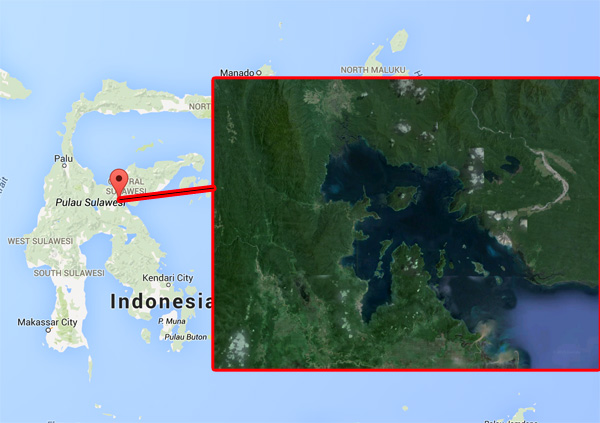 One of the companies, Central Omega Resources, has subsidiaries with permits to mine 6,620 hectares in the area. Rahim Kamal, secretary of Ganda-Ganda village, the site of Central Omega’s smelter, said the mines were harming the environment.

“Damage is happening everywhere,” he said. “At the site in Lambolo (in Ganda-Ganda) there has been severe destruction. In every meeting with the company I always remind them about these conditions.”

Central Omega’s smelter will process lateritic nickel ore into nickel pig iron for export to China and Taiwan. The company is ultimately a holding of the Chinese government’s China National Gold.

Ratna, a public relations officer for one of Central Omega’s subsidiaries, said the company had done everything the law required of it to go ahead with the smelter.

Mahmud Ibrahim, head of North Morowali regency’s Energy and Mineral Resources Office, called for the companies to pay attention to the people in their vicinities.