Don Neubacher, the superintendent of Yosemite National Park Superintendent, said the park was “thrilled.” He added that “national parks like Yosemite provide habitat for all wildlife and it is encouraging to see that the red fox was sighted in the park.”

The Sierra Nevada fox was photographed by the Yosemite Carnivore Crew with a remote camera trap in deep snow. The group is seeking more information about the park’s cryptic and rare predators with funding from the Yosemite Conservancy.

In 2011 the U.S. Fish and Wildlife Department (USFWS) announced it was considering the Sierra Nevada fox for listing under the Endangered Species Act, a move that was the result of a petition by the Center for Biological Diversity. The USFWS is set to make a decision this year.

Another fourth possible Sierra Nevada fox population, first reported in 2012, may reside in the mountains of Oregon, though it remains unconfirmed.

Very little is known about the Sierra Nevada fox. It resides in mountainous areas, lives alone, and comes out mostly at night. Hunting likely played a major role in its decline, but biologists are perplexed by its inability to bounce back after a hunting and trapping ban set in 1974 in California. 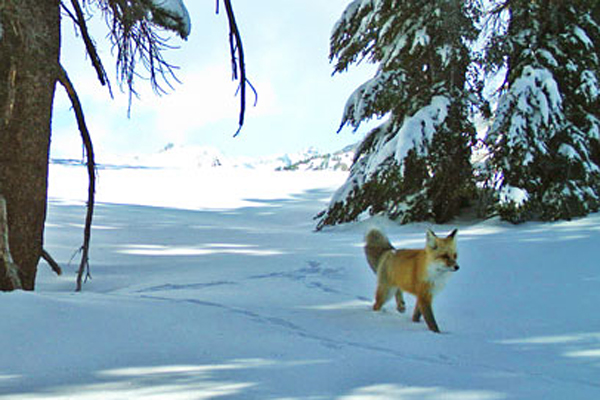