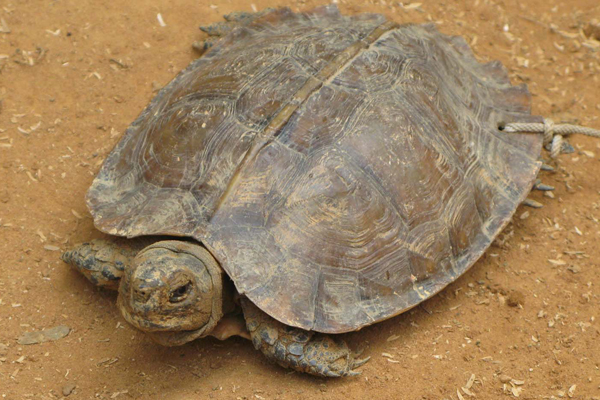 By the early Twentieth Century, the world had pretty much given up on the Arakan forest turtle (Heosemys depressa), named after the hills where it was found in 1875 in western Myanmar. Then the species was rediscovered in a Chinese food market in 1994, but, alas, the individual was dead and ready for the cooking pot. Fifteen years later, however, conservationists with the the Wildlife Conservation Society for the first time documented living individuals in the wild. Now, this Lazarus reptile —which has been dubbed one of the 25 most threatened turtles on the planet —has more good news: researchers have documented an entirely new population where no one expected.

The new population was discovered not in Arakan forest or even Myanmar, but in neighboring Bangladesh.

“The Arakan forest turtle was thought to be endemic to the Rakhine State of Myanmar and until very recently it was considered one of the rarest turtle species in the world…our discovery of this species in Bangladesh has opened new possibilities for its long term conservation from global perspective,” Shahriar Caesar Rahman told mongabay.com.

Rahman is the founder and top scientist of the Bangladesh Python Project (BPP), which is the first organization to employ radio tracking to follow Burmese pythons (Python bivittatus). But the BPP isn’t just interested in pythons, but in all reptiles. It was in pursuit of Bangladesh’s little-studied reptiles that Rahman and colleagues headed into the Chittagong Hill Tracts, a remote, largely-forgotten area that borders Myanmar.

“The Chittagong Hill Tracts covers more than 10 percent of the total land area of Bangladesh,” noted Rahman, who added that the area lies “within the Indo-Burma Biodiversity Hotspot and harbors many globally threatened species.”

Chittagong Hill Tracts, is also home to numerous indigenous groups. And instead of simply hiking into the forest, BPP utilized local knowledge by kickstarting an innovative survey program.

“We distributed point-and-shoot digital cameras to indigenous communities in the remote areas…and asked them to take photos of wildlife they typically encounter in their daily lives,” said Rahman. “The results are remarkable!””

And, with the help of the Mro people, photos came back of the shells of recently-killed Arakan forest turtles. Inhabiting remote portions of Bangladesh, Myanmar, and India, the Mro indigenous group collaborated with BPP to help them uncover recent remains and even live individuals of Arakan forest turtles in nine localities.

“[This] indicates that they are distributed widely in the southern part of Chittagong Hill Tracts,” said Rahman.

Although this is great news for the Arakan forest turtle, Rahman added that the species remains heavily threatened in the region. 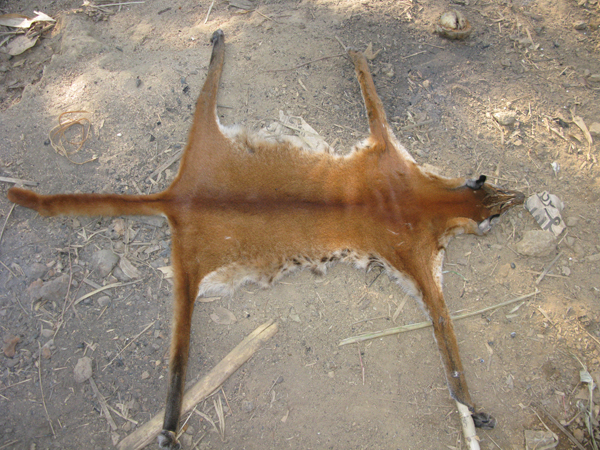 One problem is deforestation. Compared to the rest of Bangladesh —with a total forest cover of just 15 percent —forest cover is incredibly high in the Chittagong Hill Tracts. For example, nearly all of the southeastern district of the Chittagong Hill Tracts —Bandarban —is covered in forest spanning some 470,000 hectares. It is that BPP conducted the bulk of its reptile survey.

According to Global Forest Watch, though, Bandarban, lost 11,509 hectares of forest from 2001 to 2012, amounting to nearly 2.5 percent total forest loss. Notably, Global Forest Watch does not label this region an Intact Forest Landscape (IFL), which means it is not considered an undisturbed forest big enough to maintain biodiversity. The reason why may be its long history of shifting agriculture. 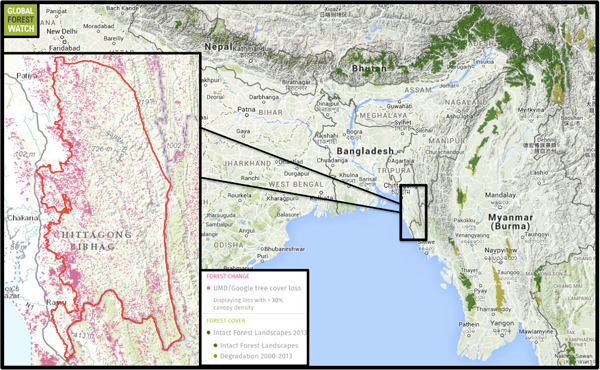 Tree cover loss in the district of Bandarban in pink. Intact Forest Landscape areas are in dark green, but the Chittagong Hill Tracts is not consider in among them. Image courtesy of Global Forest Watch. Click to enlarge.

“Most of the Chittagong Hill Tracts, until recently, consisted of old-growth, semi-evergreen, and bamboo forests. Most of these forests, by rotation, have been cleared, primarily by shifting agriculture practices and by logging,” Rahman noted, adding that “due to the remote nature of the area, the Forest Department of Bangladesh exercises little to no jurisdiction here.”

Still, the largest threat to the Arakan forest turtle isn’t habitat destruction, but hunting, according to Rahman.

“Due to persistent subsistence hunting for many years, it is likely that the testudine populations [i.e. turtles, tortoises, and terrapins] in this area have declined to a level so low that finding sufficient numbers for commercial harvesting is now not feasible,” said Rahman. “With few exceptions, the Mro people did not appear to purposefully hunt turtles, but opportunistic harvesting of them for consumption is widespread.”

“Through our ‘Cameras for Conservation’ program, we have documented at least 50 species of mammals, reptiles, amphibians and birds hunted for consumption —over 30 percent of which are considered as threatened by IUCN Red List,” said Rahman.

In addition, to the Arakan forest turtle, the team also documented six other turtle species. These include the Asian brown tortoise (Manouria emys), the keeled box turtle (Cuora mouhotii), the Sylhet roof turtle (Pangshura sylhetensis), and the elongated tortoise (Indotestudo elongata), all four of which are considered Endangered.

In order to preserve the remarkable biodiversity of the Chittagong Hill Tracts, Rahman said top-down conservation efforts probably won’t work especially given a history of distrust and conflict with the Bangladeshi government in the region. 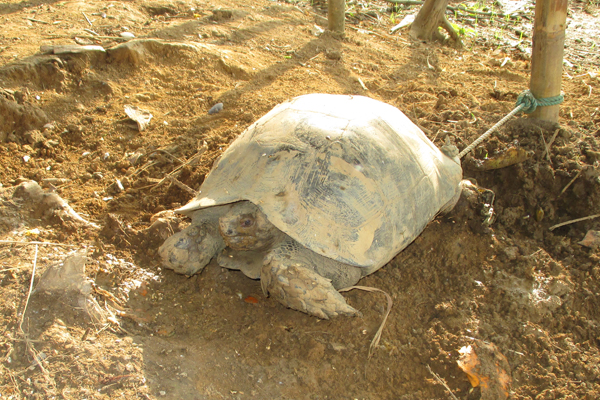 Asian brown tortoise in the possession of a Mro hunter. Photo courtesy of Shahriar Caesar Rahman.

Instead of looking top-down, BPP is working on instigating a number of community conservation programs. To this end, the group is trying out a Tortoise Guardians program where they provide indigenous families with an alternate source of protein and income —such as chickens or goats —in exchange for locals conservation efforts.

Rahman also said he’s not concerned that publicizing the new population of the Arakan forest turtle could lead to additional hunting for bushmeat or illegal capture for the pet trade.

“With the exception of few tourist spot, the majority of [the Chittagong Hill Tracts] is restricted for both Bangladeshi and foreigners. Foreigners need special permission from the Home Ministry to visit this area,” said Rahman, adding that “when the tribesmen find turtles, they end up into their cooking pot anyway.”

Rahman also said that the Chittagong Hill Tracts region is massive. At 13,000 square kilometers, this little-known part of the planet is nearly the size of Connecticut, making it difficult for anyone to locate wildlife without local knowledge.

But for Rahman, the best chance of safeguarding this new population of turtles is working hand-in-hand with the locals.

“We can only succeed when the indigenous people get involved in the process and they [benefit]. It’s not just the wildlife which are endangered here, the people too. The Mro language is listed as ‘Definitely Endangered’ by UNESCO,” said Rahman. “The local people should be part of the conservation process.”

Bangladesh Python Project is administered by the Center for Advanced Research in Natural Resources in Management (CARINAM), Bangladesh with support from The Orianne Society, U.S. 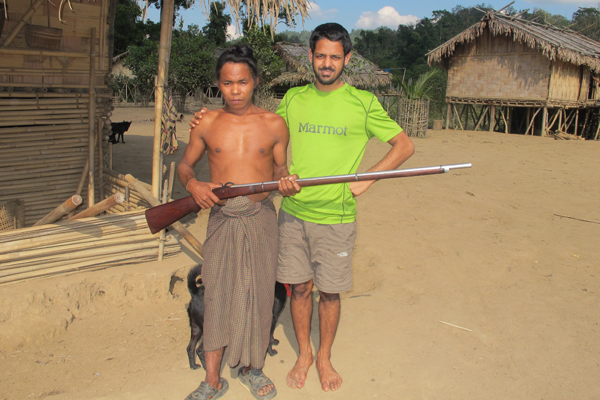 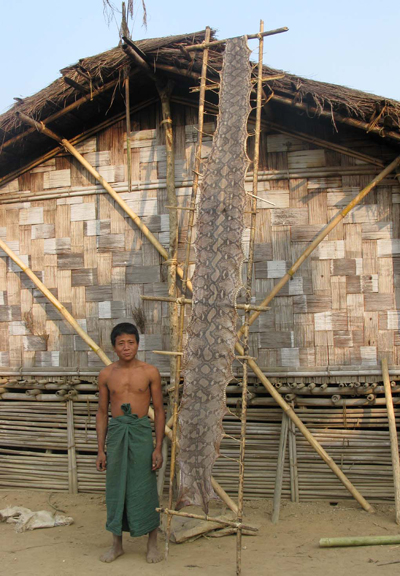 A Mro hunter with a reticulated python skin from one he hunted recently. Photo courtesy of Shahriar Caesar Rahman. 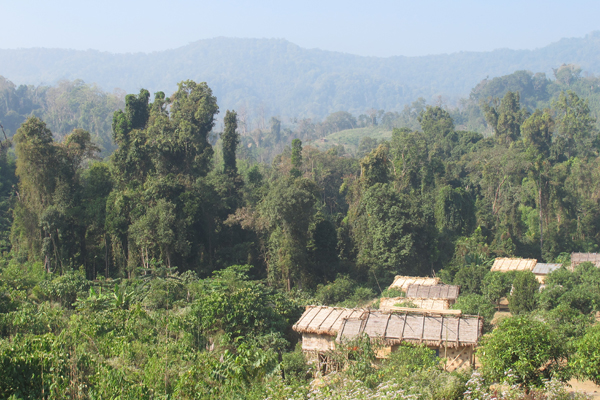 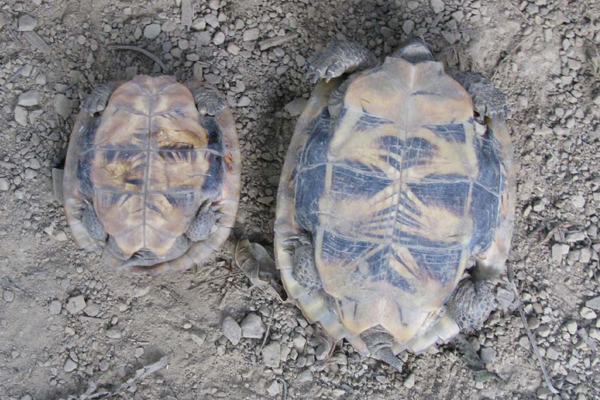 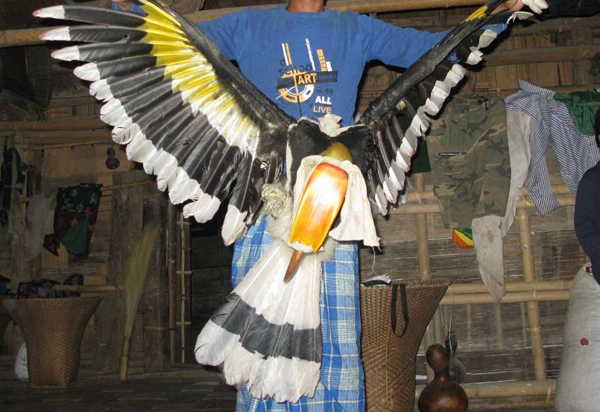 A great hornbill that was hunted by the Mro people. Photo courtesy of Shahriar Caesar Rahman. 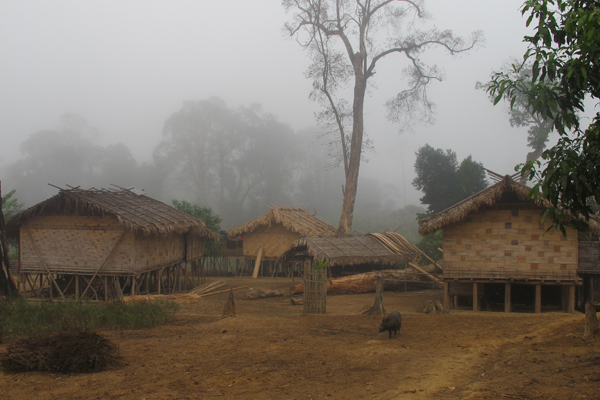 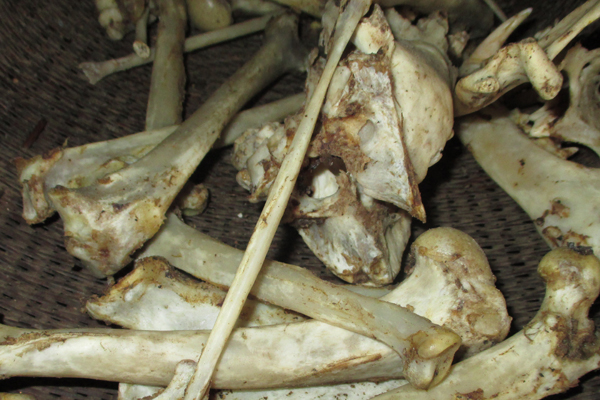 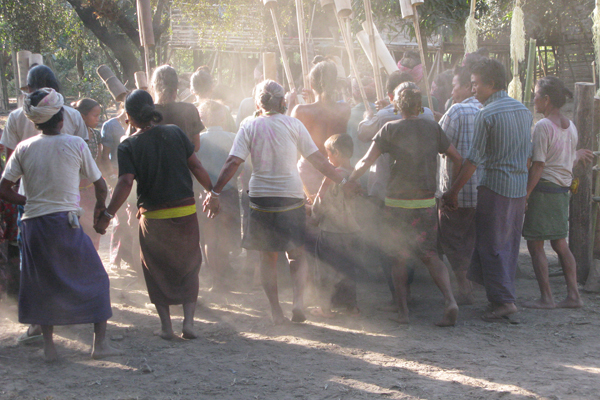 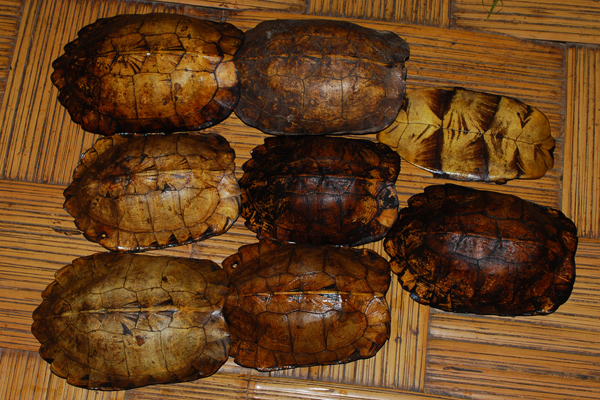 Shells of the Arakan forest turtle. Photo by: Chirag Roy.