Indigenous communities in Paraguay threatened by deforestation despite having land rights 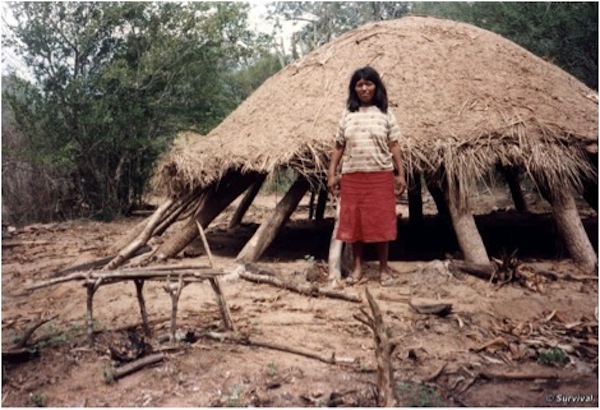 Their children were the only things they could carry as they fled from the forest-clearing bulldozer, recalls an Ayoreo Totobiegosode woman in a video interview with the human rights organization Survival International (SI). The Ayoreo Totobiegosode Indians of the Chaco forest in northwestern Paraguay, according to SI, are among the last “uncontacted” tribes south of the Amazon as well as one of the most vulnerable indigenous communities in the world.

“We were afraid of the noise from the bulldozers,” explained the Totobiegosode woman (translation provided by SI). “When we heard them, we fled from one place to another. We thought the outsiders would kill us, so we didn’t want to get any closer to the noise. We didn’t know who it was that was clearing the forest.”

According to a report by SI, the existence of the isolated Ayoreo Totobiegosode people is critically threatened by cattle ranching firms that are destroying their last forest refuge. The report asserts Paraguayan law gives native people the rights to their traditional land. Yet, most of the land in Paraguay is privatized, making these laws in reality difficult to achieve. In accordance with the constitution, the Paraguayan government is required to purchase traditional land from private owners and return it to native people. In spite of this, the government often claims the land is too expensive to buy. In addition, many landowners frequently refuse to sell their land. In these cases, expropriation by congress is a final resort, yet this procedure is rarely successful at turning over landownership. 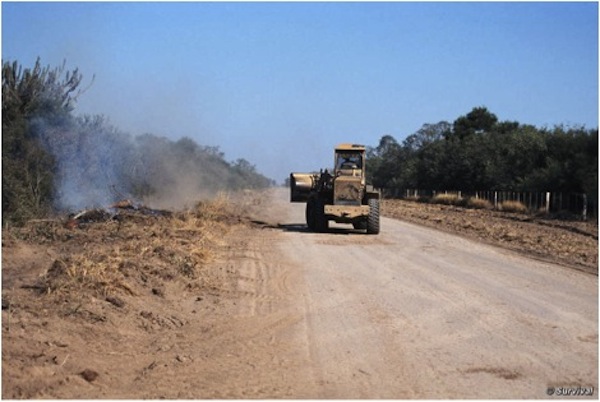 Dr. Lucas Bessire from the Department of Anthropology at the University of Oklahoma is a researcher working with the Totobiegosode-Ayoreo. “Based on scientific studies, it is obvious that the Totobiegosode-Ayoreo possess aboriginal title to the area they are claiming,” Bessire told mongabay.com. “Moreover, the right to their ancestral territories is guaranteed by national and international law. The issue that is being tested in their land claim case is not so much the validity of this legal right, but the integrity of an entire political system and the future of democracy in Paraguay. Will their rights be recognized, or will they continue to be violated by judges, large land-owners and corporate interests?”

Paraguayan land rights claims are further complicated by an out-of-date and inaccurate landholding state registry, said SI Advocacy Director Jonathan Mazower. As a result, land ownership is unclear and firms often claim ownership of land that has already been turned over to the Ayoreo people through law. Despite ambiguous land claims, extensive deforestation by ranching firms still persist within the Chaco forest.

The dry Chaco forest is South America’s second-largest forest after the Amazon, and is home to hundreds of animal species including jaguars and giant anteaters. However, it is disappearing at a fast rate as its trees are cleared for livestock pasture and other development. According to a study by University of Maryland researchers, western Paraguay has one of the highest deforestation rates in the world. The forest-monitoring platform Global Forest Watch shows the Alto Paraguay region where the country’s Chaco is located lost 977,125 hectares of tree cover between 2001 and 2012. In other words, the area lost nearly 14 percent of its forests in just over a decade.

Intact forest landscapes (IFLs) are large areas of primary forest that have not been disturbed by human activity. Satellite data shows extensive clearing has degraded much of Alto Paraguay’s IFLs. Click to enlarge.

In 1993, the Paraguayan NGO Grupo de Apoyo para los Totobiesgosode (GAT) formally made legal claims to gain territorial rights of a region within the Chaco forest. Nevertheless, in April 2005, after a 12-year-long battle, the Paraguayan congress denied the expropriation of 440 square miles (114,000 hectares) of land in the Chaco forest, according to the SI report. It points to satellite data indicating that the vast expanse of forest, located in traditional Ayoreo Totobiegosode territory, is being cleared by private companies, namely the Brazilian ranching firm Yaguarete Porá and the Argentinean ranching company Itapoti.

As disclosed by Mazower, no real dialogue currently exists among all stakeholders.
“The Paraguayan Environmental Ministry (SEAM) appears to be doing everything it can to allow Yaguarete Porá to continue clearing the forest,” Mazower told mongabay.com, “Marcelo Bastos Ferraz went to one of the Totobiegosode communities with the head of SEAM, listened to the Indians, then basically said he was going to carry on.”

Recently, in violation of an injunction that is supposed to prevent deforestation, SEAM granted the Yaguarete Porá firm an environmental license to clear part of the Chaco forest. The region is designated as a UNESCO biosphere reserve and is the last refuge for the isolated population of Ayoreo Totobiegosode. However, in spite of its importance, the status has not had a big impacted on protection for the region, Mazower said.

“[The Ayoreo Totobiegosode land right issue] has rather exposed the shortcomings in the UNESCO biosphere reserve system – it does not confer any additional protection, and has had no discernible effect on the incredibly rapid rate of deforestation,” Mazower explained to mongabay.com. 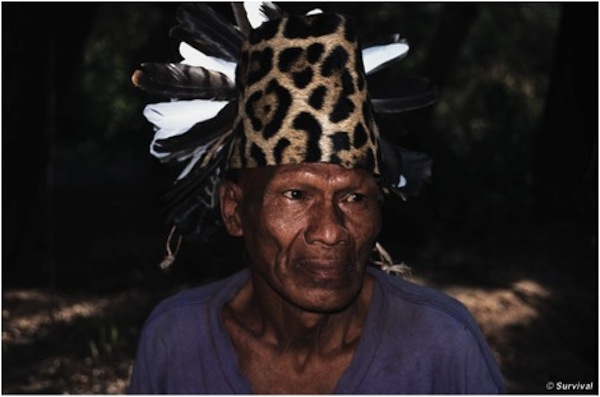 In an attempt to quell international public outcry against the environmental license agreement, Yaguarete Porá has reportedly created a nature reserve on the property, according to the company’s website. In total, it states 65 square miles (16,784 hectares) of the company’s total 303 square miles (78,549 hectares) will be designated as a reserve.

Repeated attempts by mongabay.com to reach Yaguarete Porá were unsuccessful.

“Their [the Ayoreo Totobiegosode] ability of the isolated bands to live in the forest is not a fantastic ideal. It is a guaranteed legal right and they are doing it right now, despite many obstacles and challenges,” said Bessire. “At the same time, they urgently need our help to ensure that this is a more viable lifeway. This requires taking concrete, coordinated actions immediately to protect their rights, beginning with the titling of Ayoreo lands.”

According to a research publication by Bessire, contact made by Ayoreo Totobiegosode members with their isolated relatives revealed that the Ayoreo Totobiegosode are aware of the outside world and have extensively observed non-Ayoreo ranchers. As ranching firms delve deeper into the forest and gain control of main water sources, it is becoming increasingly more difficult for Ayoreo Totobiegosode to hold onto their last remaining forest refuge. 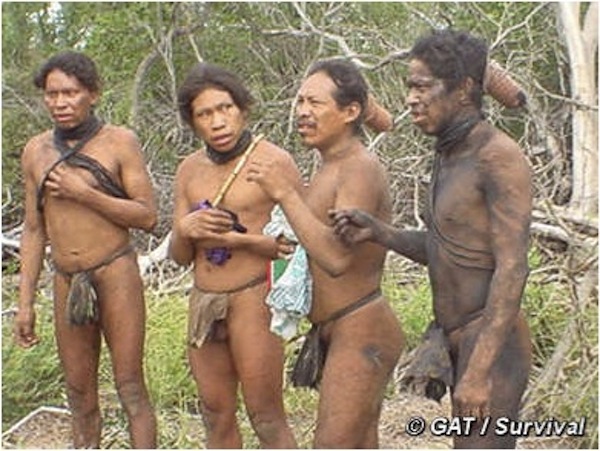 The first encounter of four Ayoreo men with the outside world. Photo courtesy of Survival International/GAT.