Biodiversity may reduce the threat of disease 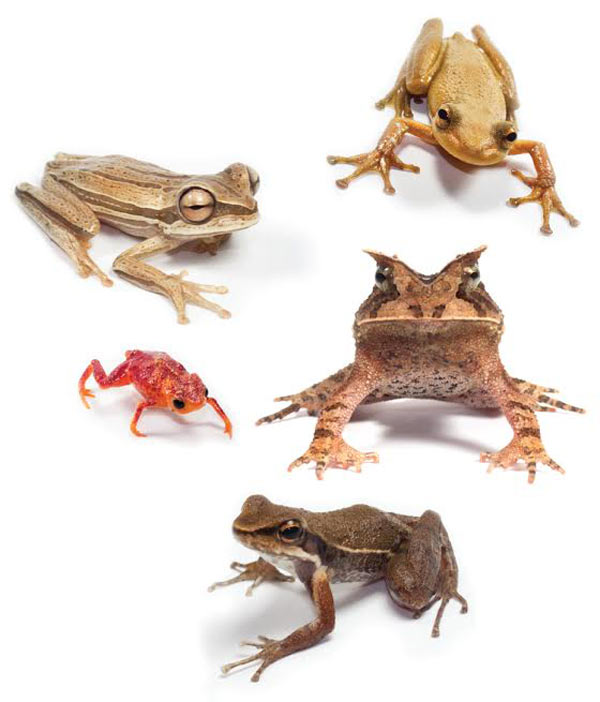 Biodiversity level changes can have consequences for species and habitats around the world. A new study published in the Proceedings of the Royal Society B, reaffirms previous findings that higher diversity in ecological communities may lead to reduced disease threat. The study concludes that higher amphibian diversity in the Brazilian Atlantic Forest is linked to a lower infection rate of a fungus that is devastating amphibian populations around the world.

According to the new study, biodiversity reduces the risk of the water-born fungus Batrachochytrium dendrobatidis (Bd), also referred to as chytrid fungus. Batrachochytrium dendrobatidis infection can lead to the disease chytridiomycosis in amphibians. Scientists believe it is transmitted both through direct contact among frogs and contact with infected water. The main symptom of the chytrid fungus is a thickening of the frog’s skin, which prevents the intake of nutrients and the release of toxins and may lead to death.

The geographic range of Bd is very widespread and has been found in Australia, Africa, the Americas, Europe, New Zealand and Oceania. The fungus is found even in pristine forests and high elevations, and scientists currently don’t understand how it was spread. Some believe it may have been distributed with the trade of African clawed frogs (Xenopus laevis), which are common in labs around the world, while others think bullfrogs – which can carry Bd but aren’t susceptible to infection – may be to blame. Still others think researchers themselves may have spread it while working in the field.

Amphibian populations are crashing around the world. Since the 1980s, declines have been ramping up, and species are going extinct at a pace at least 200 times the “background extinction rate,” which is the rate at which extinction would naturally occur (some estimates place this rate much higher – at 25,000 to 45,000 times the background extinction rate). While scientists aren’t sure exactly why this is happening, they suspect many factors may be to blame, from habitat destruction and out-competition by introduced species to exposure to ultraviolet radiation and pesticides. Batrachochytrium dendrobatidis is one of these suspects, and scientists have linked it to many amphibian declines and local mass extinctions. 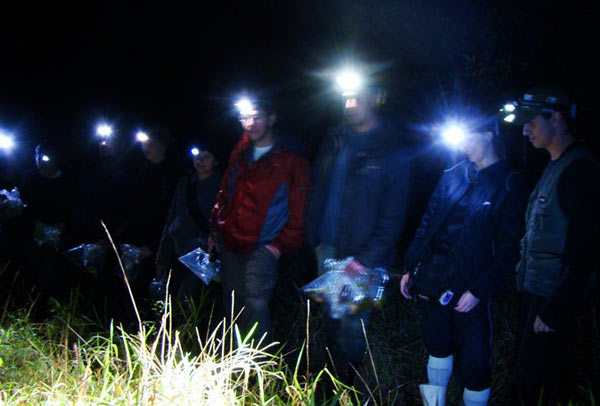 According to the authors, understanding how biodiversity affects disease dynamics can help scientists and conservationists figure out how to better protect at-risk populations.

“We found that biodiversity, per se, is a very strong predictor of disease, even when the impact of species composition is accounted for,” said lead author Guilherme Becker, a conservation biologist and PhD student with Department of Ecology and Evolutionary Biology at Cornell University.” As host species occupy different habitats, which often cause a reduction in contact rates and pathogen transmission, diverse host assemblages tend to show reduced disease risk.”

For this research, Becker and his team collected seven species of adult tropical frogs from Parque Estadual da Serra do Mar-Nucleo Santa Virginia in the Atlantic Forest. The scientists then infected the wild specimens with a strain of Bd that affects many species. Specifically, they infected and measured infection loads for 25 unique groups of frogs differentiated by habitat types and biodiversity level ranging from largely aquatic to more terrestrial and containing single to many species.

Becker said their study focused on the Atlantic Forest because this region “has hundreds of endemic amphibians that occur nowhere else.” In addition, he emphasized the Atlantic Forest is “an ecoregion where deforestation has reached a dramatic 90 percent” and its amphibians face major threats from cattle ranching and clearing of forest for eucalyptus plantations. Deforestation in this region creates a habitat split between natural forests and streams, making it more difficult for frogs to get to their breeding sites, according to the study.

As habitat is destroyed, areas may lose their amphibian biodiversity, which in turn may leave the species that remain at greater risk of infection. By better understanding the impact of biodiversity on disease susceptibility, the authors believe scientists can more effectively forecast which regions and populations – humans included – are more vulnerable to disease. 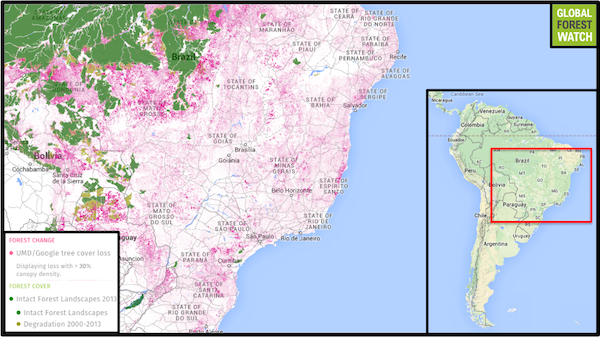 Brazil’s Atlantic Forest lies along most of the country’s southeast coast and has experienced massive deforestation due to human activity. According to data from Global Forest Watch, the region encompassing the Atlantic Forest lost 6.9 million hectares of tree cover just from 2001 through 2012, representing more than 3 percent of its land area (however, it should be noted this may not outright represent deforestation since plantation harvesting is included in the data). In all, less than 10 percent of primary Atlantic Forest may remain today. Click to enlarge.