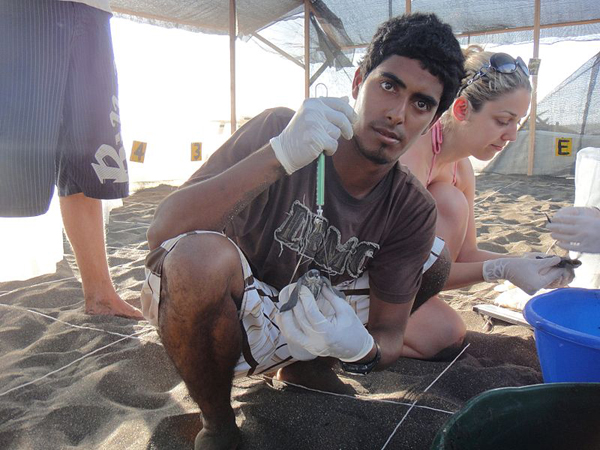 Yesterday, the seven men accused of brutally murdering Jairo Mora Sandoval on a beach in Costa Rica two years ago were acquitted of the crime. Mora’s murder shocked the Central American country—long known for the progressive protection of its lush rainforests and sweeping beaches—but the judge who acquitted the accused cited reasonable doubt and a investigation marred by mistakes, including mishandled evidence. Judge Yolanda Alvaredo also acquitted the seven men of all additional counts, including sexual assault, kidnapping, and robbery.

“Lamentably the management of evidence broke the chain of proof in this case,” Judge Alvaredo said in the city of Limón, near where the murder occurred.

However, four of the accused will still serve prison time for a previous conviction of rape and robbery on the beach were Mora died.

On the evening of May 31st, 2013, Mora and four foreign volunteers (three Americans and one from Spain) were driving near Moín beach planning to uncover leatherback sea turtles eggs and rebury them to keep the eggs safe from poachers. The group was stopped by a log placed across the road. When Mora got out of the vehicle, he was grabbed by masked men. The assailants kidnapped the four volunteers—all women—and took them to a house. The women were able to escape, but not before being sexually assaulted by the perpetrators.

Mora was found the next morning, naked, handcuffed, beaten, and dead. A coroner’s report determined he died of asphyxiation; he was just 26.

The brutal murder shined a light on the escalating egg-poaching trade in Costa Rica, often linked to drug trafficking. Believed to be aphrodisiacs, the eggs sell for around $1 each and are sometimes traded to dealers for drugs.

Mora, who was known as a passionate and energetic conservationist of sea turtles, witnessed the egg poachers become more brazen—and more dangerous. He and other conservationists had been threatened at gun point prior to his death. Then in 2012, a number of volunteers with the Wider Caribbean Sea Turtle Conservation Network (WIDECAST), a group that Mora also worked for, were beaten and tied up while attending to a marine turtle hatchery. The assailants, who were never caught, stole the eggs. Still, Mora continued his work until the night he died.

Randall Arauz, the founder of the Association for the Restoration of Sea Turtles (PRETOMA) in Costa Rica as well as a 2010 winner of the prestigious environmental award, the Goldman Prize, told the AFP that the acquittal was a “national disgrace, a stain on the reputation of the country.”

“How is it possible that the state has been unable to guarantee an adequate investigation?” he asked.

While the prosecution may appeal the decision, it would likely need new evidence to make a future trial successful.