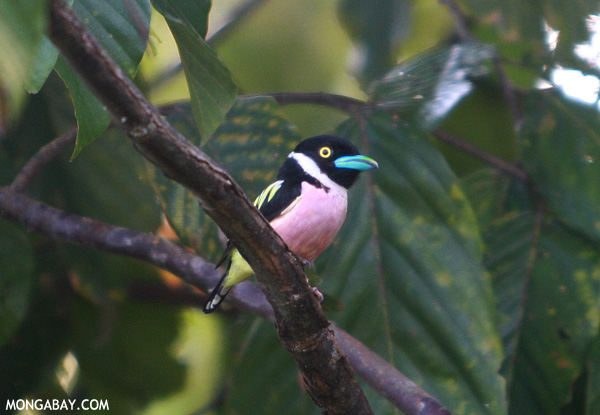 The Black-and-yellow broadbill (Eurylaimus ochromalus) is found in Myanmar, which is also known as Burma

The discoveries were made between 2010 and 2014 by bird watchers from Myeik University, Myanmar Bird and Nature Society (MBNS), the Wildlife Conservation Society, Bird Tour Asia, Wildlife Sanctuary (Putao), and Flora and Fauna International.

U Thein Aung of the Myanmar Bird and Nature Society said the forestry department will be notified of the new sightings. The department currently includes 1,056 species on its list.

49 of the 1114 species are globally threatened species, according to MBNS’s Daw Thiri Dae We Aung.