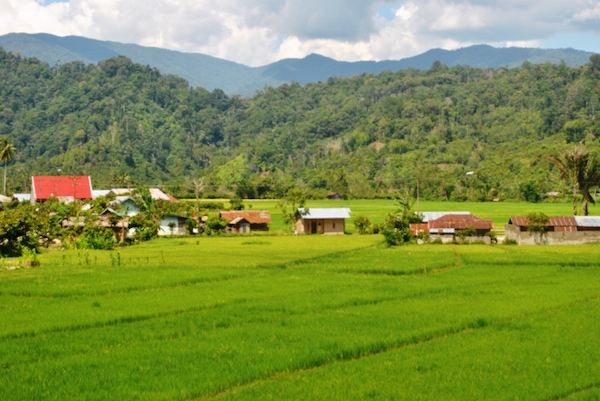 Ngata Toro borders Lore Lindu National Park in Central Sulawesi about a three-hour drive from Palu—the provincial capital of Central Sulawesi. In the center of the village stands a “lobo,” the traditional home of the local people, where community members gather to maintain their cultural customs. Tradition runs deep in this part of the world.

“Here we live side-by-side, Toro Toro people that are Christian and Toro Toro people who are Muslim. Even in the same household there are different religions. There is no problem,” said resident Abdul Rajab, as he wraps himself in a jacket. “We have no issues around religion here. Our priorities are maintaining customary traditions and maintaining the forest. That is the mission of the Toro people.”

The forest surrounding Ngata Toro covers 18,360 hectares, which the community has always divided into several zones: “wanangkiki” (core zone), “wana” (forest zone), and “oma” (utilization zone). Only non-forest timber products may be collected from the core and forest zones, while the utilization zone is more permissive. A fourth zone, called “taolo,” is considered a forbidden area, and no harvesting of any kind is allowed there. 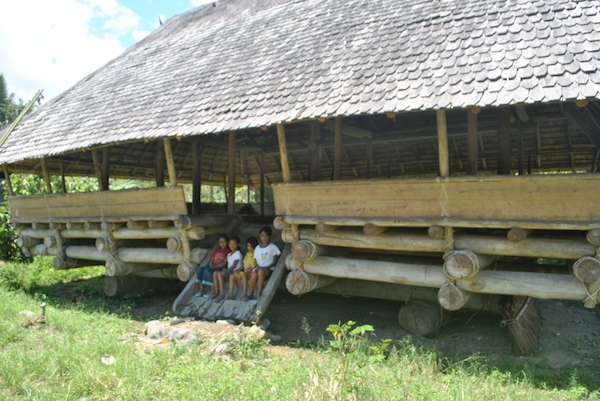 A traditional building in Ngata Toro used for large meetings and ceremonies. Photo by Chris Paino.

Obtaining formal recognition of these forest lands for indigenous culture and use has not been easy for the Ngata Toro community. Much of the land was previously claimed by the government as part of Lore Lindu National Park—a designation that occurred without communicating with local villagers who live in and depend on the area’s resources. When they continued accessing the forest as they had for generations, they were accused of destroying the park.

However, rather than fight the system, the Ngata Toro community decided to work with the government to remap their lands and negotiate access to the forest. Finally, in the year 2000, officials from the national park signed an agreement with Ngata Toro recognizing the existence of indigenous forests, and granting them permission to maintain the forest as they had previously.

Porentjo Naftali, a village elder, says they must ensure their land is protected by indigenous patrols that monitor the forest. Twelve people appointed by the community leaders patrol the forest daily. Naftali calculates that roughly 20 percent of the protection work is performed by the park, while the indigenous patrol picks up most of the slack. 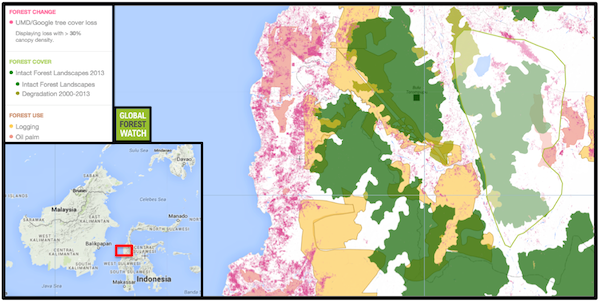 According to Global Forest Watch, Lore Lindu National Park lost approximately 6,770 hectares of tree cover from 2001 through 2012, representing about 3 percent of its forested area. However, a small portion of this may be due to plantation harvesting as an oil palm concession is located in the park. Logging concessions are common in the region. Click to enlarge.

The community forest is governed by “libu bohe,” or customary law. The traditional court of the Ngata Toro is strong, willing to enforce the rules against any violator—as Lore Lindu National Park quickly discovered. The park was accused of violating customary law when it gave two foreigners permission to visit the Ngata Toro forest without informing the community.

“Two people from Japan were invited to go into the forest by the park office. Without the knowledge of the indigenous community they entered the area of Ngata Toro community forest where they went missing for two weeks,” said Ngata chief, Mulyanto Lagimpu.

The successful management of the forest by an indigenous community has gained international attention. Groups from the Philippines, Latin America, Nepal, Myanmar, and even Africa have visited Ngata Toro to study effective community forest management. The locals find this somewhat strange, since they feel the concept is fairly simple and follows common sense. As the local saying goes: “maroho ada manimpu Ngata,” loosely translated as “keeping the tradition and forests alive keeps the people alive.”