The African golden cat is arguably the continent’s least known feline, inhabiting dense tropical forests, almost never seen, and, of course, long-upstaged by Africa’s famous felines: lions, cheetahs, and leopards. But a few intrepid scientists are beginning to uncover the long-unknown lives of these wild cats, which are about double the size of a domestic cat. Most recently, researchers working in Uganda’s Kibale National Park have captured remarkable photos of African golden cats…with kittens.

“Since 2010, we have conducted seven camera surveys and accumulated nearly 300 independent golden cat captures in over 18,000 trap days,” David Mills with the Wildlife Conservation Society Uganda and Panthera told mongabay.com. Still, the cats are so secretive that it took the project three years to capture photos of African golden cat kittens, which Mills believe are the first verifiable photos of this jungle cat’s young.

But the rare photos of the kittens are already telling scientists something new about this species.

“Our camera trap photographs have shown that golden cat color phases are roughly equally represented and do not show sex bias, so we assumed that mothers of each color produce kittens of different colors as well. These photographs show that indeed grey and red phase mothers produce grey kittens. Another photograph that is less clear also suggests a red adult with red juvenile,” David Mills noted.

The research on African golden cats in Kibale National Park has been complimented by similar research in Gabon. Currently, the IUCN Red Lists categorizes the species as Near Threatened with impacts including deforestation, prey decline due to the booming bushmeat trade, and by-catch in wire snares. Killing the cats for their skins and as festishes is a problem in some countries as well. 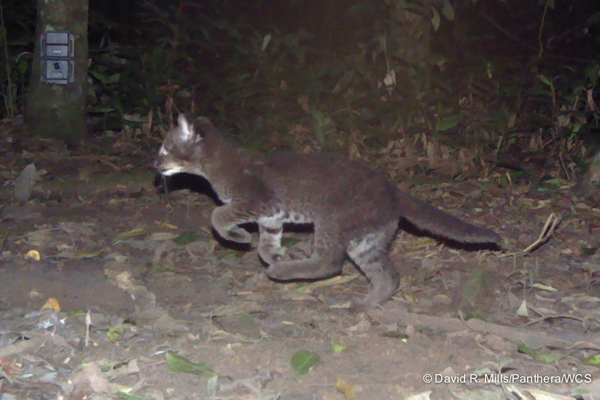 An African golden cat kitten on the run. Photo by: David Mills/WCS/Panthera. 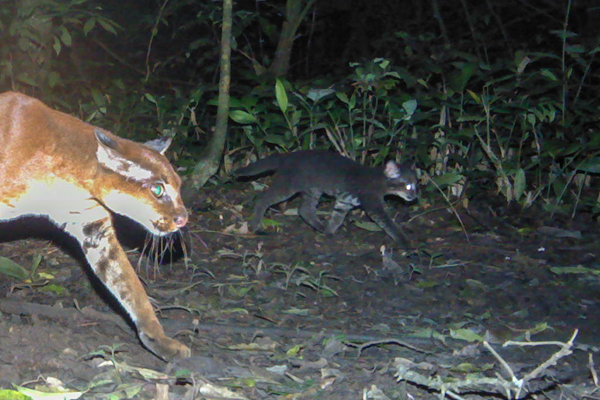 Close-up of a mother African golden cat with her kitten. Photo by: David Mills/WCS/Panthera.

“Before our studies started, there was no imperial data on African golden cats,” said Mills. “Sightings were extremely rare. Even field assistants in Kibale who have spent five days a week in the forest for the past 20 years have only seen them a few times…This secretive nature is probably partly due to the fact that they are forest dependent and are therefore always able to slip away unnoticed.”

Mills, who has never seen an African golden cat in the flesh himself, said that camera trapping has proven that the species is sometimes active during the day. He also said it’s possible that people see the cats from time-to-time, but mistake them for duikers, given their similar size and color.

“Researchers and field assistants will assume that everything red or grey and charging away through the undergrowth is a duiker,” he said, adding that the cats are “just unbelievably sneaky.”

Still, Mills said he wouldn’t have the cats any other way.

“[The] fact that a species can be consistently, but exceedingly rarely, reported and that it had been completely overlooked due to the apparent difficulty in gathering any kind of data on its ecology, made it a very interesting subject. It’s very possible that I am masochistic, but I have nevertheless enjoyed the experience immensely.” 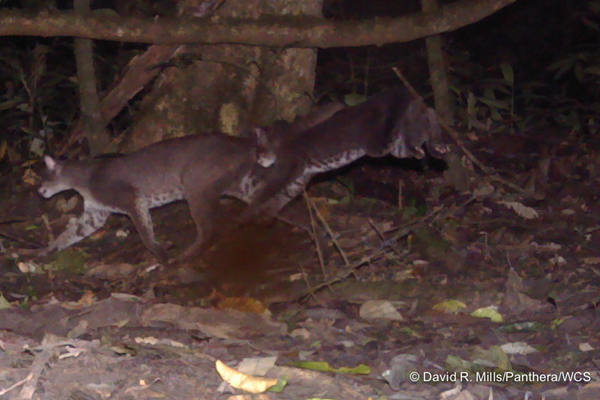 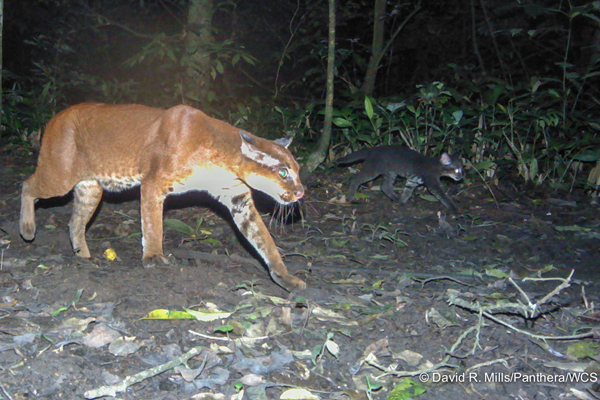