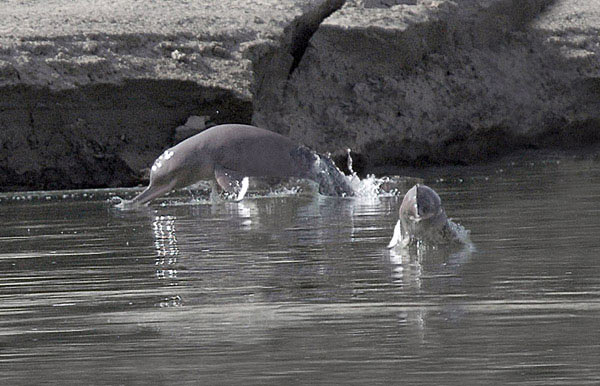 The Indus River dolphin (Platanista gangetica minor) is an endangered freshwater mammal found only in the Indus River and tributaries draining the Himalayas. Since 1879, the dolphin—locally known as the bhulan—has vanished from 80 percent of its range. Now, a study using interviews with dozens of elders in the Pakistani fishing communities along the river documents when dolphins disappeared from different river sections. Their stories suggest that reduced river flows below irrigation dams are the most important factor in the dolphin’s declining distribution.

The Indus River is one of the world’s most heavily used and modified rivers. Researchers suspected the dolphin’s population was falling due to fishing, pollution, canal entrapment, habitat fragmentation, reduced river flows, or some combination of these factors. Recent population estimates have ranged between 965 and 1,300 animals remaining in the river. But scientists didn’t know when or why the dolphins vanished from each section of the river.

Bhulans disappeared from 10 river segments following the construction of irrigation dams starting in 1886, according to a paper published in PLOS One. The blind dolphins, which lack lenses in their eyes but use sophisticated echolocation, managed to survive below six dams that released sufficient year-round flows. But some of the dams diverted so much water to crops that the river effectively dried up in those sections for part of the year.

“Removing all the water from the river has enormous knock-on negative effects that we don’t even fully understand yet,” said lead author Gill Braulik, a biologist with the Wildlife Conservation Society and the University of St. Andrews in Scotland.

Braulik and her colleagues wanted to count the dolphins from boats in the river, but Pakistani officials said obtaining permits would take a year. Instead, the researchers focused on determining the last time dolphins were seen between pairs of dams. They combined records of the bhulan’s range from an 1879 British survey with their own interviews of elderly riverside inhabitants. 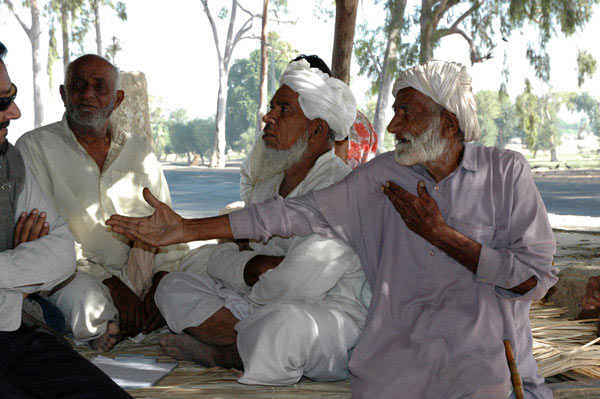 Interviews with elderly Pakistani fishermen like these were key to documenting the history and geography of the dolphin’s decline. Photo by Gill Braulik.

Based on those interviews, the researchers deduced that the dolphins vanished from seven river segments between 1955 and 1988—within living memory of some local fishermen.

“Some of them just loved to talk and talk and tell stories, grandfatherly with the twinkly eyes, and others were just really grumpy, very suspicious. They remembered the period when the British were still ruling the Indian sub-continent,” said Braulik. 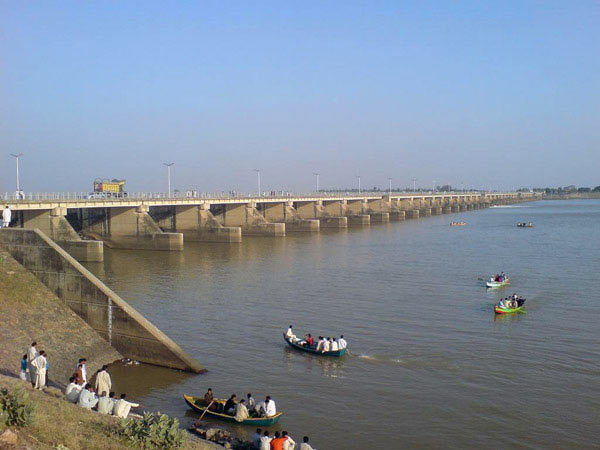 The Rasul irrigation dam, built in 1968, diverts water for crops from the Jhelum River tributary of the Indus River. No dolphins have been sighted along 490 km (304 miles) downstream since 1975. Photo credit: Wikimedia Commons.

But this paper did not account for many other possible influences on dolphin survival due to lack of data, said biologist Claire Risley of Aberystwyth University in Wales, who was not involved in this study.

“So although this study correctly concludes that water discharge rate is a very important factor in determining dolphin decline, it really cannot give information on whether the impact of discharge is greater than the impact of fishing,” Risley told mongabay.com.

Braulik’s work was spurred by the recent extinction of the Yangtze River dolphin, also known in China as the baiji.

“As a person working on another endangered river dolphin, that was a really dramatic wake-up for me,” said Braulik.

But she sees hope for the bhulan: “When you tell people that it’s blind, and that it doesn’t occur anywhere else, there is a kind of national desire to look after and protect this animal.” 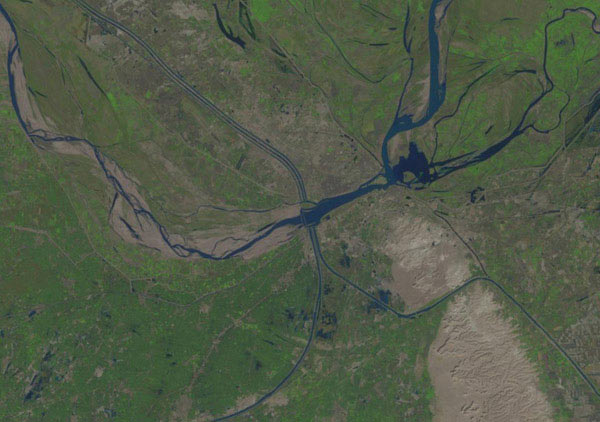 Rex Sanders is a graduate student in the Science Communication Program at the University of California, Santa Cruz.

(11/05/2014) In 1904, Carl Anton Larsen, a Norwegian Antarctic explorer, arrived at Grytviken on the British island of South Georgia with three ships and 60 men, to establish its first commercial whaling station. The number of whaling stations soon increased, and by 1965 these had caught and processed an estimated 175,250 whales.

(10/07/2014) Marine conservationists often view fisheries as an enemy of sorts, vacuuming up fish with little thought to the long-term consequences and using equipment that also ends up killing other species, i.e. bycatch like sea turtles and marine birds. However, Joanna Alfaro Shigueto, the President of the Peruvian NGOProDelphinus and winner of a 2012 Whitley Award, has chosen a different tact.