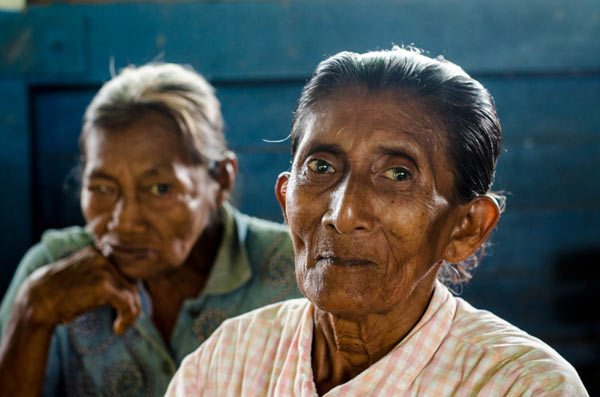 Locals in Bangkukuk will be forced to relocate if the Gran Canal goes ahead. Photo courtesy of Tom Miller.

This fall, filmmakers Tom Miller and Nuin-Tara Key with PrettyGoodProductions found themselves in Nicaragua where they heard about a stunning project: the Gran Canal. Approved last year, the canal is meant to compete with the Panama Canal to the south. Built by a Chinese company, it will cut through 278 kilometers (173 miles), destroying forests and driving through the largest freshwater body in Central America, Lake Nicaragua.

But, in addition to environmental impacts, it will also force the eviction of communities. Miller and Key visited one such community along the Caribbean Coast: Bangkukuk. Populated by the indigenous Rama, Miller and Key set out to see how locals felt about the Gran Canal, the result of which is the short film This Land is for All of We.

In a 2014 interview with mongabay.com, Tom Miller discussed how he first learned about the Gran Canal, how local communities view the mega-project, and how the Nicaraguan government could gain back the trust of locals.

This Land is for All of We: A small Rama community in Bangkukuk, Nicaragua, speaks out about the Grand Canal Project from PrettyGoodProductions on Vimeo.

Tom Miller: My background is in the arts: film, graphic art, writing, photography. I like to do a bit of everything and I like working with people, so two years ago I brought that all together and started my film production company, PrettyGoodProductions, to help promote the work of not-for-profit organizations, community groups, and others working in the social justice fields. PGP also works with artists and some small businesses.

Mongabay: How did you end up in Nicaragua?

Tom Miller: My team and I have been traveling around the world for the last five months, filming for a PGP feature documentary about community-based responses to climate change. We’re very interested in including indigenous knowledge and perspectives in our film and were lucky enough to connect with the Rama community living in Bangkukuk.

Mongabay: When did you first hear about the Gran Canal? 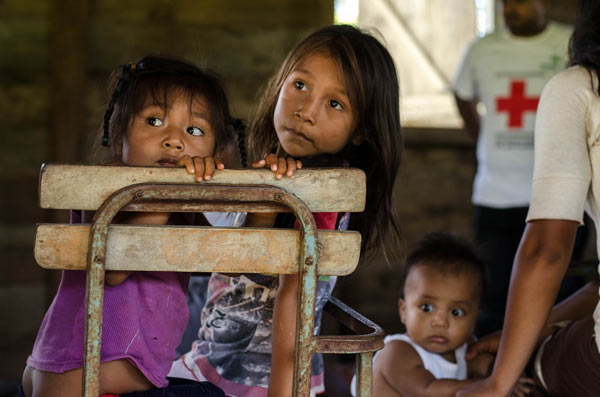 Tom Miller: I first heard about the canal from one of our partners, just before we left for Nicaragua. After doing a bit of reading, I couldn’t believe I hadn’t heard about it before. It will be one of the largest infrastructure projects in the world—a rival to the Panama Canal. The scale and impacts of the canal project are tremendous, so when we got to Nicaragua, it was a shock to find out how little people there knew about it, especially considering that construction is slated to begin this month (December 2014). Basically, the project is being presented to Nicaraguans as a rapid jump-start for an impoverished country: huge economic benefits with lots of jobs. But in reality, the benefits for Nicaraguans are anything but clear, and the long-term costs potentially very high, especially for communities like Bangkukuk.

Mongabay: How did locals in Bangkukuk generally feel about the canal? What were their main concerns?

Tom Miller: In Bangkukuk, people were almost entirely in the dark about the project. They knew the canal was coming, but had no idea what would happen to them and what their future might look like.

There was uncertainty and constant worry. The general sense was that the canal would probably take away everything they have: their homes, their land, and livelihoods. Many people thought they would probably be forced to move to the city, either Managua or Bluefields. For a people so close to nature—with open-air homes, gardens in the jungle, clean air, and fresh water—the thought of having to move to a city is very troubling.

I think if the canal commission and the government had been transparent from the beginning, and included the Nicaraguan people in the decision-making process, things might be different. As it is, there’s nothing but fear and speculation in these communities. 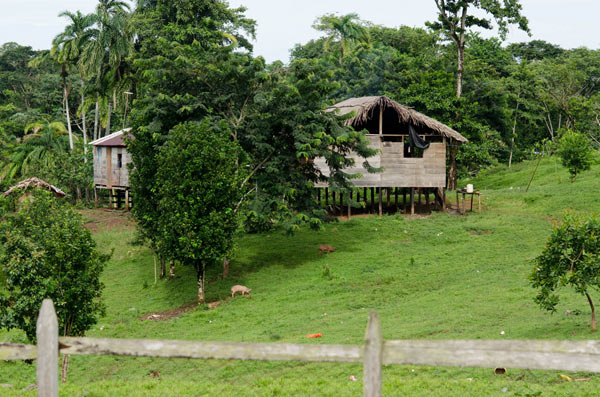 For example: the first day we were there, a Chinese group from the canal commission showed up, flanked by armed guards with machine guns, wanting to do a house-to-house census. They were eventually asked to come back, but the intimidation factor was quite apparent. Just imagine: you know the canal is coming, but you have no information about your options, or where you’ll be moved. Then suddenly, a group of technicians show up, alongside police and military with guns, demanding to know how much money you make, if you have a boat, if you have a cow, how many kids you have. I think the whole process has been broken from the beginning.

Mongabay: Did you find anyone in the community supportive of the plans?

Tom Miller: No, definitely not. The indigenous communities along the Caribbean Coast have territorial and legal rights to their lands. These rights are recognized by both the Nicaraguan government and the UN in the UN Declaration on the Rights of Ingenious Peoples. By law, the people of Bangkukuk must be consulted on any proposed projects on their land. So there was a great sense of betrayal in the community when they discovered the canal on their doorstep – having never been consulted – having no voice over what is being done on their land. We had the opportunity to film a village meeting about the canal, and everyone expressed their strong stance against it. Jose Luis, a local fisherman, summed up many villagers’ views of how the government and the Canal Commission feel about villages like Bangkukuk: “We is zero,” He said.

I think the most devastating aspect of the canal project is that there is a real danger that the Rama, as a people, will disappear. If they are forced into cities, they will lose their connection with their land, their language, and their traditional way of life. One woman, Lena, when I asked her what would happen to the Rama if the canal came through, told me flat-out, “We gonna die out.”

Mongabay: How could the Nicaraguan government gain the trust of the people in Bangkukuk?

Tom Miller: The government can begin regaining the people’s trust by starting the process over again—in a transparent and legal manner. That means recognizing the rights of the indigenous communities living along the Caribbean coast. They need to be consulted, have quality representation, be a part of the decision-making process, and have a clear sense of their options. In addition, there should be independent and transparent environmental impact assessments. Almost a million acres of rainforest will be cleared. Animal habitat and ecosystems will be destroyed and disconnected. And millions of tons of sludge will be dredged from the largest freshwater lake in Central America—Lake Cocibolca. It is imperative that Nicaraguans—as a whole—know about the long-term impacts for their country.

Mongabay: A Nicaraguan recently described the Gran Canal as a “big Christmas present” for the people of Nicaragua. Having stayed with some of the people who will be impacted, how do you view such a statement? 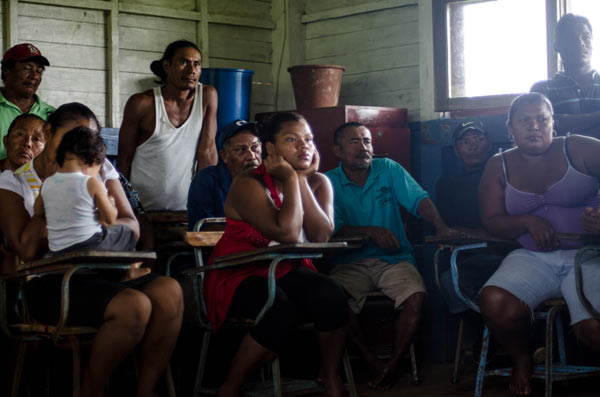 Tom Miller: I think intimidation and forcible relocation of indigenous peoples from their lands, a million acres of rain forest destroyed, and no clear roadmap for the countries’ economic development—is not a Christmas present for anyone. That is a disaster. The Gran Canal project will certainly enrich a powerful few in the country, but the benefits for the citizens of Nicaraguans are still far from clear. I keep hearing supporters of the project say that the Gran Canal will bring tens of thousands of jobs to Nicaragua. But I don’t see that happening—and certainly not for the people of Bangkukuk. These villagers aren’t heavy equipment operators, engineers, or licensed surveyors: they’re fisherpeople and farmers. The Rama have lived along the Caribbean Coast for hundreds of years and that’s a life they want to keep. Losing their land and livelihoods for the vague promise of “economic development” is not a viable option. If they lose their land they’ve lost everything.

If construction on the canal begins, and the indigenous communities are forcibly removed from their lands, it will be one more example in a long history of injustices to native peoples around the world. My hope is that the international community will rise to the occasion, and help pressure the Nicaraguan government, and giant shipping conglomerates like Maersk, to start the process over again, in a legal and transparent manner. With canal project right around the corner, the villagers are extremely worried about their future. They asked us to help share their concerns and perspective with an international audience and we are happy to be able to do that. 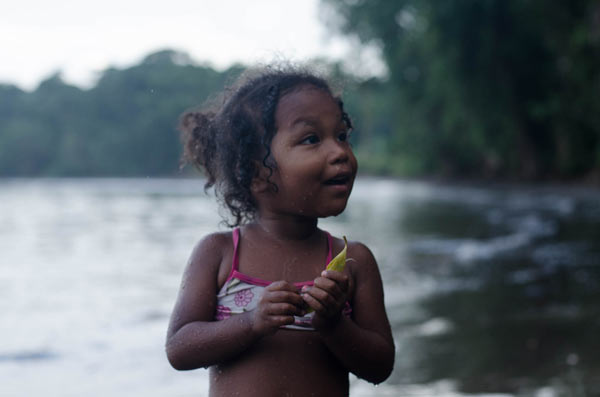 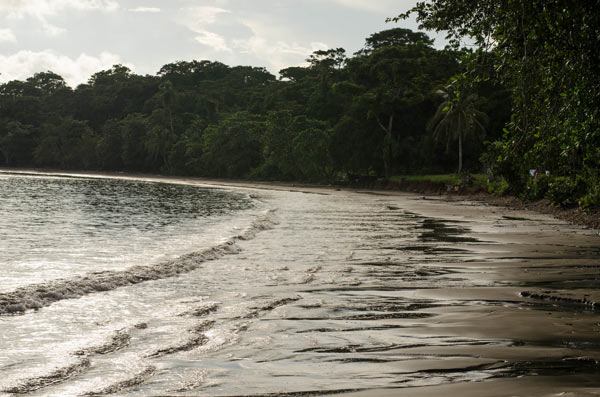