Commentary by Erik Meijaard on 5 December 2014 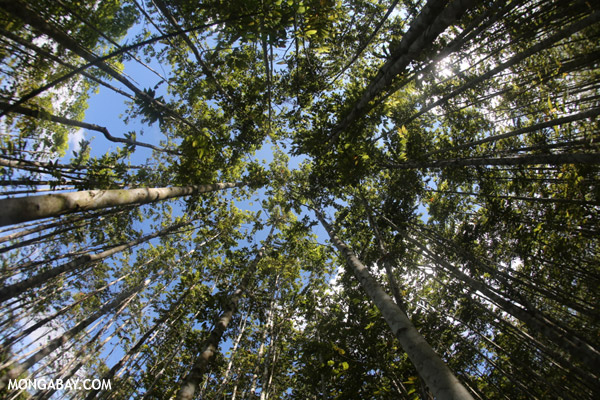 Depending on tree planting density, that requires some four billion tree seedlings to be grown, planted, and maintained, or about 20 trees for every Indonesian. Bold plans indeed.

One challenge is that Indonesia has some 83 million hectares or 63 percent of its forest estate in deforested or degraded conditions. So, there is a lot of potential reforestation land to choose from. Where then are the best places to start?

A recent study led by Sugeng Budiharta of the Center of Excellence for Environmental Decisions at the University of Queensland and the Indonesian Institute of Sciences (LIPI) provides useful guidance for locating the most cost-effective reforestation areas. The paper published in the journal Environmental Research Letters assessed where to best allocate funding for restoration in the provinces of East and North Kalimantan.

One major finding of the study is that restoring highly degraded areas is the most cost-effective option, as opposed to planting trees in lightly degraded forest areas. This is interesting because it is often the highly degraded areas that are converted to other land-uses such as oil palm, because the government considers them of limited economic value. The new study indicates, however, that the government should seriously reconsider the reforestation option for these lands. 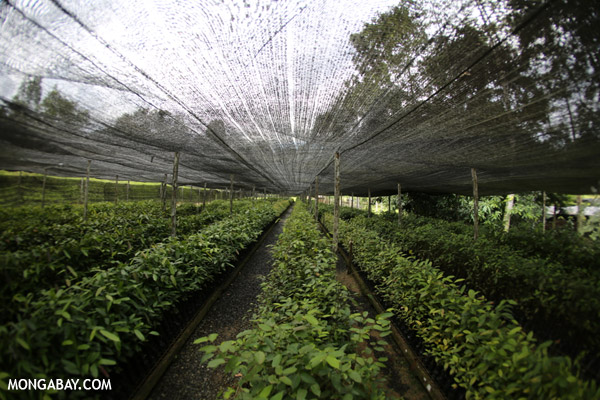 Reforestation is urgently needed in many places in Indonesia, especially where the land is in a critical state. These are often areas with lots of rain, sleep slopes, and fragile soils. A good example is an upland watershed just west of Bandung, where I frequently work. The area’s deep river valleys and steep slopes are under the management of Perhutani, the state plantation company. They have, however, been almost entirely deforested by a combination of illegal logging, ineffective plantation management and small-scale slash-and-burn agriculture. Soil erosion rates are high and the steeper slopes are rapidly turning into rocky areas with minimum soil cover and little or no agricultural potential.

Reforestation seems the only option to prevent serious socio-ecological impacts in such vulnerable areas. It would stabilize soils, reduce erosion and reduce downstream flooding risks. If the right trees are chosen, communities could obtain income from tree products rather than the lemon grass now grown on these eroding slopes. Reforestation is also the only chance of saving the handful of Javan leopards, Javan gibbons, Javan slow lorises and other species of highly endangered wildlife in the area. 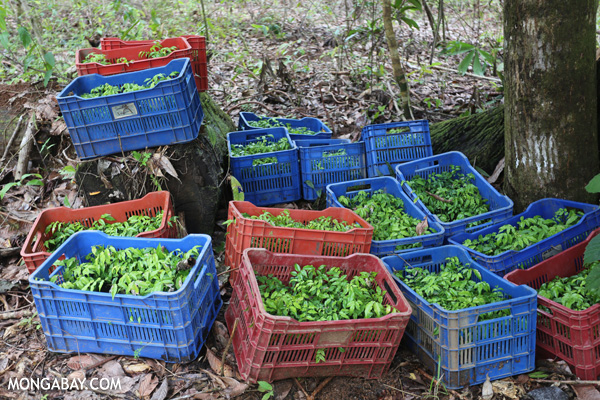 Planting trees is relatively easy, but the real tricky part of reforestation is to keep the trees alive after they have been planted and allowing them to grow. Reforestation is needed because someone decided to cut down forest in the first place. So, apparently, people in the area don’t care that much about standing trees. How then do you make sure that planted seedlings are cared for and protected?

Community-based programs are one way. Planting multi-purpose tree species, such as fast growing timber species, fruit trees, and fuel woods provides both ecological benefits of reforestation and economic benefits to communities. If these new forests provide more income than the communities would get without the forest, there is a chance that long-term community management might work. This would only be possible if communities actually had legal land title and use rights to the land and forests. But such legal rights remain rare within the government’s Forest Estate, reducing incentives for long-term community management. Policy change on who actually owns Indonesia’s forest would be one requirement for successful, large-scale reforestation programs.

Another reforestation option is the Ecosystem Restoration Concessions (ERC), a restoration program funded by private investments. Prioritizing highly degraded land for ERC’s would draw private funding into ecological restoration. The Harapan rainforest in Sumatra, the first ERC, is an example of how a logged-over timber concession can be turned into a haven for species such as tigers who try to survive in a sea of plantations.

The above makes it clear that successfully reforesting 2 million hectares of degraded land every year will require large and well-guided investments. Past experiences with reforestation indicate that there is plenty of room for error and wasted funds. 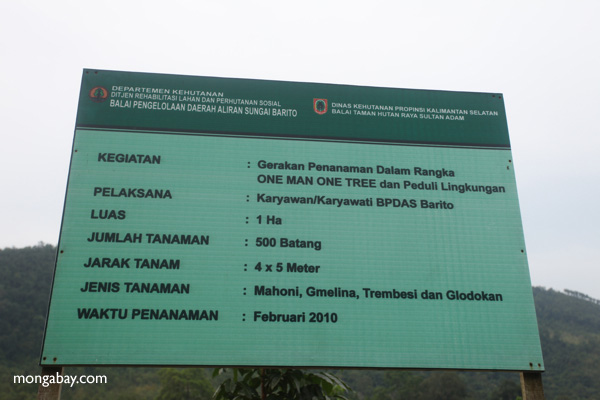 Planning reforestation carefully targeting the best areas, is a first step. Ensuring that someone on the ground is going to care about the planted trees for several decades to come, is another requirement.

With the rainy season coming and low lying cities like Jakarta once again exposed to floods, Indonesia urgently needs effective reforestation, as part of a comprehensive program to maintain crucial environmental services in the country. With deforestation rates declining and reforestation rates increasing, the forest estate and its valuable resources would eventually stabilize. Only then might the sustainable land and natural resource management that the government is committed to become possible.

The country is on the right track, but it has some way to go developing reforestation programs that work.