Protecting biodiversity may be crucial for successfully storing carbon in forests, scientists say. A recent publication on Oryx – The International Journal of Conservation suggests that biodiversity loss –especially through hunting – will hinder the success of Reducing Emissions from Deforestation and Forest Degradation (REDD) projects.

As an initiative to combat climate change by storing carbon in forests, REDD offers incentives to avoid deforestation and forest degradation. REDD+ goes further to encourage conservation, sustainable management practices, and the increase of carbon storage in forests, rather than simply aiming to keep forests intact.

The success of REDD+ projects are currently evaluated on how much tree cover and carbon stocks are conserved. In order for REDD+ projects to be successful, however, mitigating threats to biodiversity should be top priority, according to the authors of the study.

“Whilst biodiversity is currently acknowledged as important, its protection is seen as a co-benefit, rather than as an integral part of the success of a project,” said co-author Dr. Dorothea Pio of Fauna & Flora International. “In order for REDD+ projects to help keep carbon locked in trees in the long term they need to address wider threats to the biodiversity living within forests.”

A decreases in biodiversity makes a forest more vulnerable to climate change, disease, and fire because it disrupts key ecological interactions between tree seeds and animals.

“Species that disperse the seeds of larger trees are particularly important in this context,” said Amy Hinsley, lead author of the study. “These will vary from forest to forest but include large bodied mammals like tapirs, forest elephants and orangutans, birds such as hornbills and smaller vertebrates such as agoutis.” 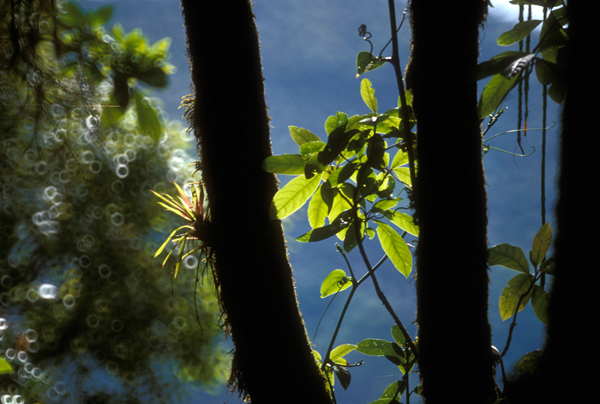 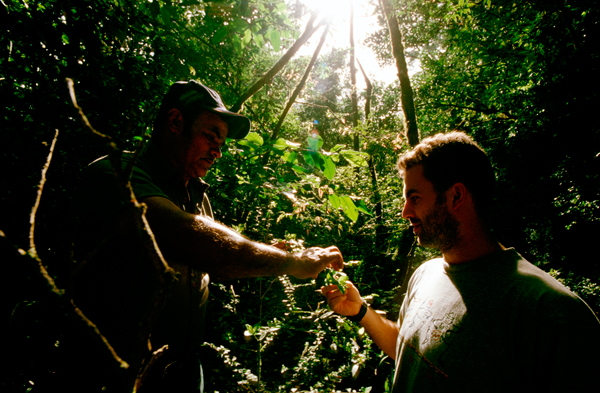 Field staff in Montecristo National Park, El Salvador, examine a plant specimen. Most of the park staff has been working there for two decades or more, and are constantly improving their skills in identifying plant and animal species, as well as their knowledge of forest ecology. (Credit: Juan Pablo Moreiras / Fauna & Flora International)

These species are often sought after by hunters, however. According to the study, hunters tend to target larger-bodied animals that are also important seed dispersers. In the absence of these species, new tree saplings have difficulty growing. In addition to the fact that there simply are not animals to spread the seeds, other factors impose new challenges for germination. Without dispersal, seeds have to compete against their relatives for resources, become more vulnerable to predators, and are not granted the benefits gut passage may provide for germination.

On the other hand, plants dispersed through wind such as woody vines become more dominant since they are able spread in the absence of large mammals and often outcompete slower-growing trees for light, water, and nutrients. Eventually, forest composition shifts so that there are fewer large trees to store large amounts of carbon, and more woody vines that store much less carbon. 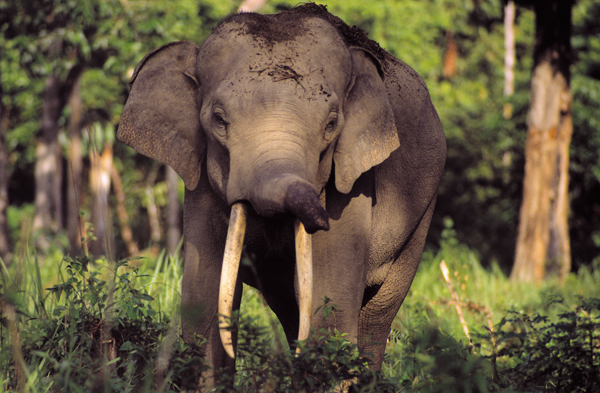 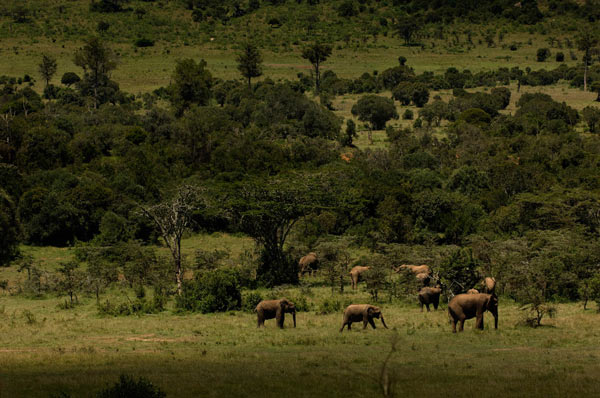 Elephants, such as this herd in Kenya, are important actors of change within forests. (Credit: Juan Pablo Moreiras / Fauna & Flora International)

Woody vines, also called lianas, are becoming increasingly dominant in tropical forests; for instance, a well-cited study showed that from 1980 to 2000, woody vines became 4.6 percent more dominant each year in the western Amazon. Lianas are also taking over forests in Panama. Scientists believe this may be due to hunting, as well as other factors like global warming. With such changes, a forest’s carbon storage capacity could drop 34 percent while still looking like a healthy forest on the exterior.

According to Pio, adopting approaches that are appropriate for local context and the financial constraints of each project are essential for improving REDD+ projects.

“In terms of biodiversity, the priority for REDD+ should be to include the protection and monitoring of a key set of indicator species,” she said. “Participatory monitoring should be favored wherever possible. It has a range of advantages including the strengthening of local level forest management institutions, meaningful local participation, and cost-effectiveness.” 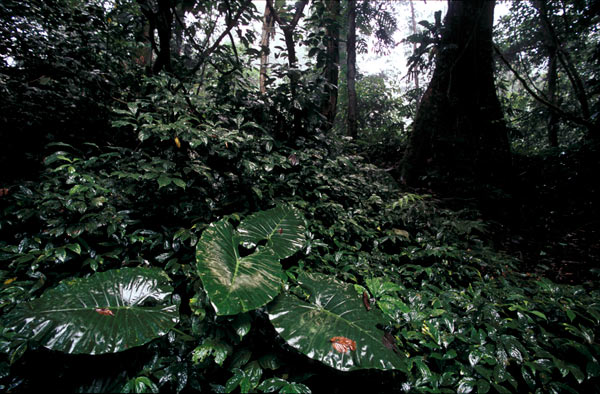 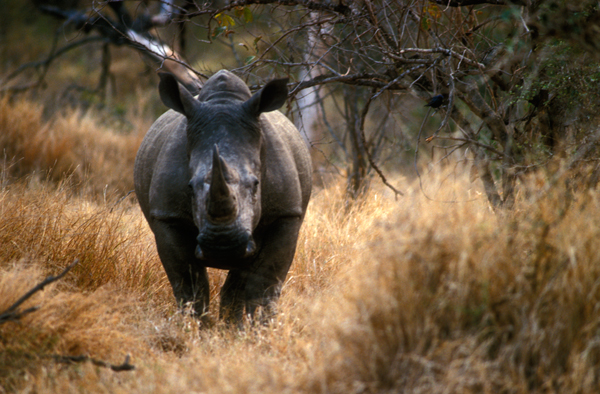 Portrait of White Rhinoceros (Ceratotherium simum). This species is slaughtered for its horns, believed to have medicinal properties and sought after by trophy hunters. (Credit: Juan Pablo Moreiras / Fauna & Flora International)

(06/27/2014) A study published this week found tree cover does not necessarily correlate with habitat importance. It suggests that using such a metric may be leading to false assumptions of habitat importance, and that REDD+ and other carbon-centric conservation programs may actually be propelling some species towards extinction.

5 years in, debates over REDD+ continue

(11/28/2012) An initiative that aims to slow global warming by paying developing countries to protect and better manage their forests is expected to be an important storyline during climate talks in Doha this week and next. REDD+ (Reducing Emissions from Deforestation and Degradation), as the mechanism is known, has grown in complexity since it gained momentum during the 2005 climate talks in Montreal, but is arguably moving forward faster than other areas of climate negotiations. Still, many elements of REDD+ continue to be as hotly debated today as they were five years ago when it got the conceptual OK from the U.N. These include the process for establishing baselines to measure reductions in emissions, safeguards to protect against adverse outcomes for biodiversity and forest-dependent communities, and financing and markets.