This article is the first in a two-part series about the status of red pandas in Myanmar. Read the first part here.


Myanmar, also known as Burma, is an enigmatic country. The country has large expanses of unexplored forests that house a rich diversity of plants and animals, many of which are threatened and endemic species. At the same time, these forests are severely threatened by conversion to crop fields and plantations, grazing, as well as legal and illegal logging. Moreover, wildlife in these forests has taken a severe beating due to illegal hunting to feed the Chinese demand for wildlife and wildlife parts. For instance, bear paws and gall bladders, elephant tusks, and parts of tigers, leopards and pangolins frequently make their way from Myanmar’s forests to China’s markets.

The red panda (Ailurus fulgens), too, is part of this illegal wildlife trade. These bear-like arboreal mammals with red, furry tails, filmed on camera for the very first time in Myanmar this year, are poached mainly for their fur. Found mostly at higher elevation forests of the eastern Himalayas, these pandas spend most of their time in trees, and feed mainly on bamboo. But much of their forest habitat has been destroyed due to illegal logging. 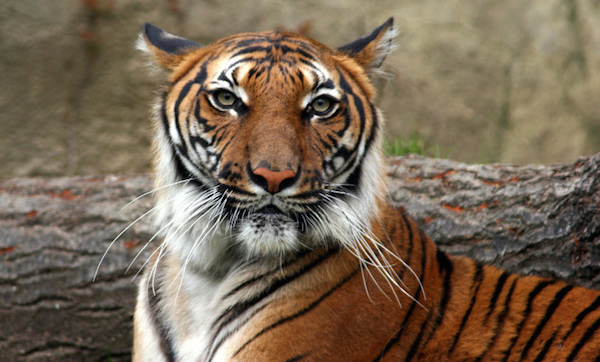 The forests of northern Myanmar are home to Indochinese tigers (Panthera tigris corbetti), which are listed as Endangered by the IUCN. Photo by Connie Lemperle, WWF.

Red pandas occur in the Northern Forest Complex, which is the largest tract of forest in the country covering about 12,000 square miles (31,000 square kilometers). This complex comprises of Hponkanrazi Wildlife Sanctuary, Hkakaborazi National Park, Bumphabum Wildlife Sanctuary and the largest tiger reserve in the world, the Hukaung Valley Tiger Reserve. Between 2001 and 2012, this complex lost about 27,000 hectares of tree cover, according to Global Forest Watch.

While red pandas are rare in most of their range, Imawbum, in the far north-east of Kachin state, could possibly be their hotspot, according to Fauna & Flora International’s press release. In 2010, FFI discovered a new species of monkey – the Myanmar snub-nosed monkey (Rhinopithecus strykeri) – in this region, and also filmed them. In addition, Imawbum is home to the Takin (Budorcas taxicolor), a type of goat-antelope. The state of Kachin lost about 200,000 hectares of tree cover between 2001 and 2012, according to Global Forest Watch.

Myanmar’s Northern Forest Complex may be the red panda hotspot. However, the region lost 27,000 hectares of tree cover from 2001 through 2012. Map courtesy of Global Forest Watch. Click to enlarge.

To protect this critical habitat from being destroyed by illegal felling, FFI has been working with the Myanmar Forest Department to create a new protected area – the Imawbum National Park. Moreover, in 2012, FFI also started the Red Panda Conservation Program in Myanmar to increase awareness of the species among local indigenous people and help in its conservation.

In other parts of the red panda range in Myanmar, such as Hkakaborazi National Park and Hponkanrazi Wildlife Sanctuary in the Northern Forest Complex, the Wildlife Conservation Society has been assisting the Myanmar Forest Department with park management.

WWF-Myanmar, too, is working with the Myanmar government to develop approaches that ensure preservation of natural capital for the long term.

WWF-Myanmar’s green economy approach focuses on generating economic growth while improving people’s lives, and enhancing and sustaining the value of natural capital and the services it provides.

“One way we are helping develop a green economy is by mapping the natural capital of an area like Tanintharyi – which is so rich in biodiversity and provides numerous benefits to local communities and the entire country. That way everybody understands exactly how valuable this natural capital is and how it will be impacted by development in the near and long term,” Owen said.

Tanintharyi region, located in the narrow southern part of Myanmar, lost about 180,000 hectares of tree cover between 2001 and 2012, according to Global Forest Watch. But large parts of Myanmar’s forests, including Tanintharyi, remain uncharted, and continue to spring surprises in the form of species previously unknown to science. 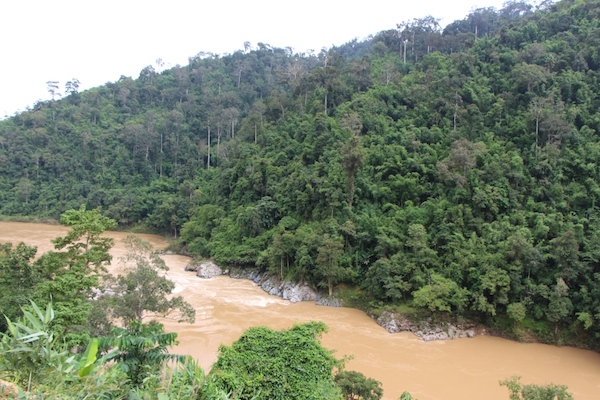 Forest in the Tanintharyi region of western Myanmar. Photo by Stephen Kelly, WWF. 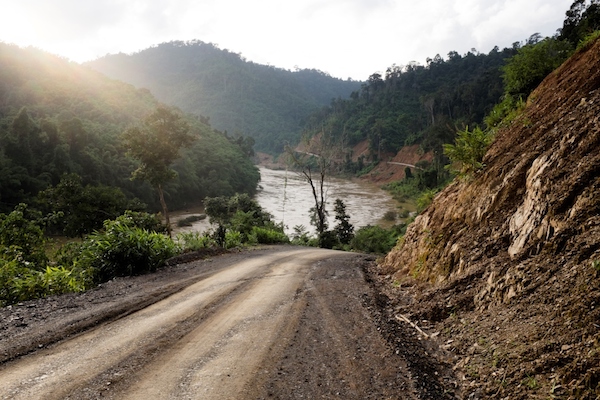 Existing road through Tanintharyi that may become a superhighway between Bangkok and Thailand, according to WWF. Photo by Stephen Kelly, WWF.

For instance, 26 new species were discovered in Myanmar in 2012 and 2013, according to a recent report by WWF. These include a dragon fish with spectacular maze-like markings on each scale, found in Tanintharyi, a ginger plant found in only one place in Rakhine Yoma Cloud Forest, a catfish in a tributary of the Ayeyarwaddy (Irrawaddy) River with a flame-like suction cup on its throat, and a Tanintharyi stream toad with bumpy chocolate-colored skin and long, slender limbs.

“These discoveries show the richness and biological diversity of Myanmar and also highlight the urgent need for additional exploration and protection of critical habitats,” Owen said. “Myanmar has spectacular species diversity and much of its forest cover is still largely intact. So we expect that many more species will be discovered here in the coming years and future Mekong species reports will include even more wild and wonderful species from Myanmar.” 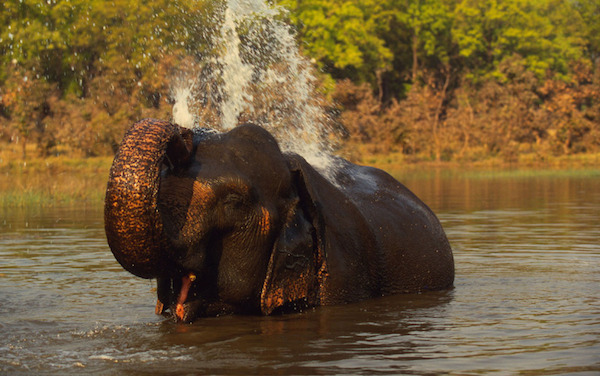