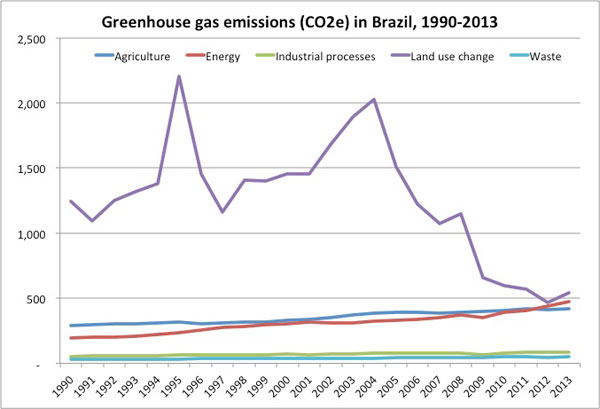 Brazil’s carbon dioxide emissions jumped 7.8 percent in 2013 due to rising deforestation and fossil fuels use, according to data released by Observatório do Clima (Climate Observatory), an alliance of Brazilian and international non-profits.

The increase was the first since 2008. Deforestation and forest degradation emissions rose 16 percent, while energy emissions increased 7 percent.

Total emissions in 2013 amounted to 1.56 billion tons of CO2e, which is well off the all-time high of 2.86 billion tons reached in 2004, when Amazon deforestation last peaked at 27,772 square kilometers. Annual deforestation in the Amazon has since plunged dramatically, preventing some 3.2 billion tons in emissions that would have otherwise been expected. 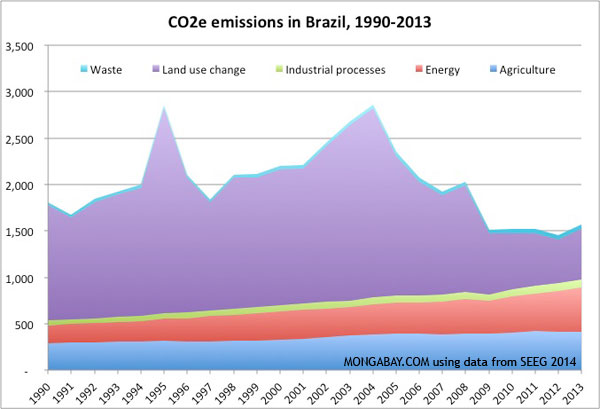 Nonetheless the new data raises concerns that Brazil may fail to hit its ambitious target of cutting emissions 39 percent by 2020. Fossil fuels extraction is rapidly rising in Brazil, while deforestation has been climbing the past 15 months, according to data from Imazon, one of the Observatório do Clima members.

Land use change was the largest source of Brazil’s emissions in 2013, accounting for 35 percent to total greenhouse gas emissions. Energy (30 percent), agricultural production (27 percent), industrial activities (5.5 percent), and waste (3.1 percent) made up the balance. 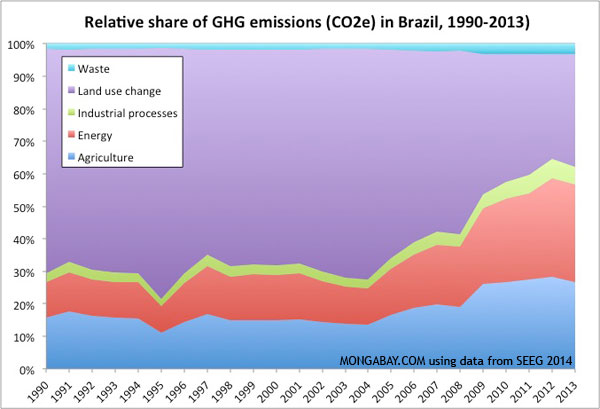