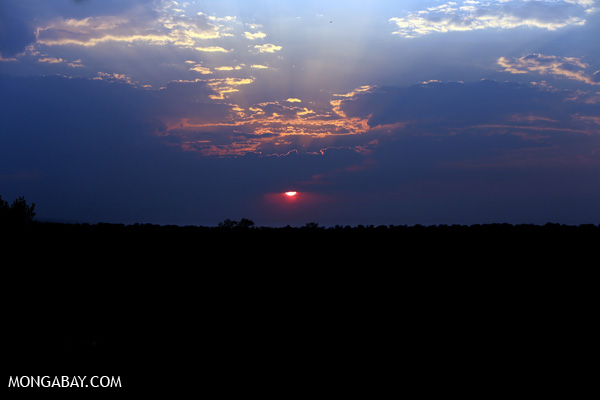 Sunset in Namibia. Photo by: Rhett A. Butler.

In what will likely have major ramifications for a new climate agreement in Paris in 2015, China and the U.S. surprised everyone today by announcing a joint climate deal. At a press conference in Beijing, China President, Xi Jingping, and U.S. President, Barack Obama, outlined climate actions for both juggernauts up to 2030.

For the first time, China said it planned to have emissions peak by 2030 and sooner if possible. Meanwhile the U.S. announced a new carbon goal: reducing emissions by 26-28 percent by 2025, based on 2005 levels. This new pledge essentially means the U.S. will have to double the rate at which it’s reducing emissions currently (U.S. emissions actually rose in 2013 after two years of decline). Finally, China made an additional pledge to have 20 percent of its energy come from zero-carbon sources by 2030.

“As the world’s largest economies and greatest emitters of greenhouse gases we have special responsibility to lead the global effort against climate change,” said President Obama, who made tackling climate change one of the top promises of his 2008 campaign. “I am proud we can announce a historic agreement. I commend President Xi, his team and the Chinese government for their making to slow, peak and then reverse China’s carbon emissions.”

While the deal doesn’t go as far as most activists—and scientists—would like, it is notable for a number of reasons. For one thing, this is the first time China’s President has confirmed a timeline for a peak in the country’s emissions, the largest on the planet. Also, China’s pledge of having 20 percent of its energy from zero carbon sources by 2030 essentially means the country will have to add 800 to 1,000 gigawatts of renewable energy to its energy mix to keep up with expected energy demand. If achieved this could send a message to investors and energy companies that the age of fossil fuels is ending. Currently China produces around 1,250 gigawatts of energy, largely from coal, the most carbon-intensive energy source. 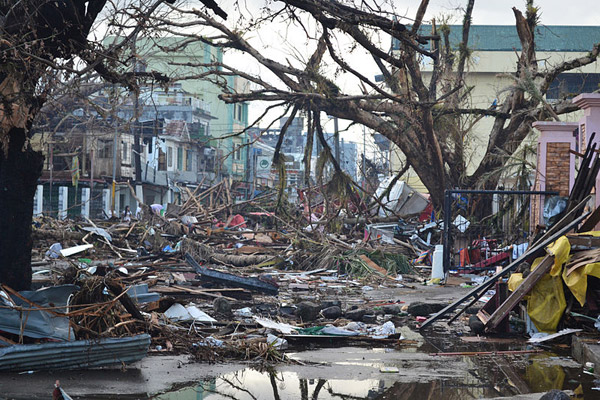 Debris in Tacloban, Philippines after devastating Typhoon Haiyan. Higher storm surges due to climate change are worsening damage from hurricanes and other tropical storms. Photo by: Trocaire/Creative Commons 2.0.

Finally, such a deal—announced a year in advance of the Paris meeting—is key for a more ambitious climate agreement in 2015. Both the U.S. and China have been seen as the largest obstructionists to a global deal and to climate action in general. Not only are the pair arguably the world’s most powerful countries-politically and economically—but they are also the biggest emitters and have long resisted substantial action to combat climate change.

“We agreed to make sure international climate change negotiations will reach agreement as scheduled at the Paris conference in 2015 and agreed to deepen practical co-operation on clean energy, environmental protection and other areas,” Jinping said.

Obama added that he hoped the agreement would “encourage all major economies to be ambitious and all developed and developing countries to work across divides.”

Bob Perciasepe, the president of the Center for Climate and Energy Solutions, called the surprise announcement “an extremely hopeful sign.”

“For too long it’s been too easy for both the U.S. and China to hide behind one another,” he noted. “People on both sides pointed to weak action abroad to delay action at home. This announcement hopefully puts those excuses behind us. We’ll only avert the worst risks of climate change by acting together.”

Michael Brune, the Executive director of the Sierra Club was effusive in his praise of the deal, calling it “ambitious.” 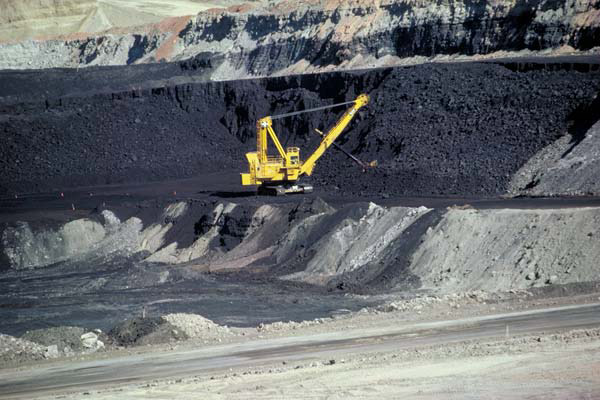 “China’s new goal of producing 20 percent of its power from clean energy by 2030 is a huge step forward that signals a historic shift away from dirty fossil fuels, and could drive a new global competition for clean energy technology,” he said. “By setting their sights high, the U.S. and China are showing that they are serious about taking action on the climate crisis, and that together, the international community can beat back climate disruption.”

The Nobel Prize-winning scientific body, the Intergovernmental Panel on Climate Change (IPCC), has stated that the world needs to cut global greenhouse gas emission to near-zero by 2100 in order to avoid catastrophic climate change. In order for world governments to meet their pledges to not allow temperatures to rise 2 degrees Celsius above pre-industrial levels, most of the world’s remaining fossil fuel reserves must be left unexploited.

In its most recent report on mitigation, the IPCC found that contrary to much of the rhetoric, combatting climate change would be relatively cheap. An ambitious green revolution would shave off just two-four percent from global GDP over the course of the century, according to the group, which didn’t tally economic positives, such as new jobs, reduced pollution, increased efficiency, and more stability in energy prices.

Still, the U.S. and China’s non-binding deal will mean little without concrete and swift action—and without much more ambition down the road. Since a slight dip during the recession, greenhouse gases have continued to rise to new records every year. Around half of the carbon emitted by humanity since 1750 has been emitted in just the last 40 years. Moreover, the world’s rich countries, including the U.S. and China, continue to subsidize and politically back giant fossil fuel companies. For example, a report this by Oil Change International the Overseas Development Institute (ODI) this week found that the G20 countries spend $88 billion a year subsidizing the search for new fossil fuel reserves—even as science says most reserves will have to be left alone—and this doesn’t include spending taxpayer money on fossil fuel exploitation and production. 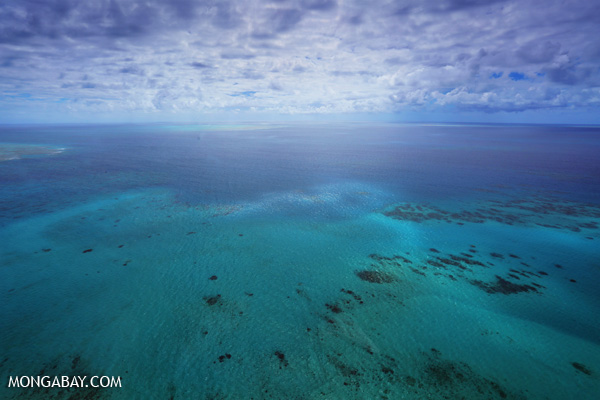 The Great Barrier Reef is threatened by global warming and ocean acidification, both caused by greenhouse gas emissions. Photo by: Rhett A. Butler.

“This does not put us on a pathway to 2 degrees,” said Samantha Smith the Leader of WWF’s Global Climate & Energy Initiative on the deal. “This announcement is a political signal from these two countries. If we understand it as a signal, it is a good thing and it is a first for China to stand up and say it will cap it’s emissions.”

“These two crucial countries have today announced important pathways towards a better and more secure future for humankind,” said Christiana Figueres, the Executive Secretary of the United Nations Framework Convention on Climate Change (UNFCCC). “Allied to the European Union’s recent announcement, this signals an increasingly positive determination towards addressing the climate change challenge from a growing number of key economies.”

The EU recently announced it would cut emission by 40 percent by 2030 based on 1990 levels, a much more significant cut than the U.S.’s. However, the EU also started slashing carbon emissions far quicker than its neighbor across the Atlantic.

The announcement may also put climate change at front and center at the upcoming G20 meeting later this week. Host country, Australia, has worked hard to keep climate change off the agenda as the current government is largely hostile to climate action and has aggressively pushed expanding its coal operations. Australia—and a number of other countries including Canada and Russia—will still have to be convinced, but the agreement between the U.S. and China puts greater pressure on them and others.

(11/11/2014) Four years after over a quarter of a million people perished in a famine in Somalia, the East African country is again on the verge of a possible humanitarian disaster. Flooding in southern Somalia, following months of little rain, has just exacerbated an already-precarious situation according to the Food and Agricultural Organization (FAO).

Can we stop runaway global warming? ‘All we need is the will to change’

(11/03/2014) Twenty-six years after the founding of the IPCC, the Nobel Prize-winning group of scientists has released a new synthesis report that warns in its strongest tones yet that climate change must be dealt with. None of the findings are surprising—they have been released in earlier assessments throughout the year—but the terms in which they are written are the starkest yet.

Amazon rainforest is getting drier, confirms another study

(10/30/2014) Parts of the Amazon rainforest are getting considerably less rain, leading trees to absorb less carbon, finds a study published this week in the journal Proceedings of the National Academy of Sciences.

(10/29/2014) With the news that September was the warmest on record globally, 2014 takes one step closer to being the warmest year since record-keeping began in the late 19th Century. Last week, NOAA announced that September was 0.72 degrees Celsius (1.30 degrees Fahrenheit) above the 20th Century average, not only making it the hottest yet, but further pushing 2014 past the current ceiling.