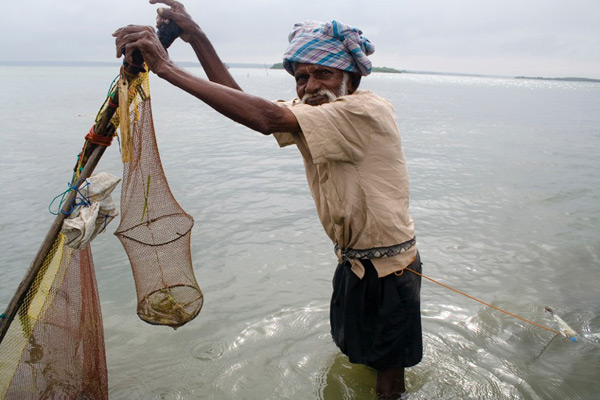 Do you know how that tuna sashimi got to your dinner plate? Probably not—and chances are, the restaurant that served it to you doesn’t know, either. A new policy paper argues that illicit fishing practices are flying under the radar all around the world, and global society must combat them in order to keep seafood on the menu.

According to the paper, published in Science, fishing practices that are illegal, unreported and unregulated (collectively referred to as IUU) are ubiquitous. They range from bottom trawlers scouring the seafloor—sometimes catching more illegal species than legal ones—to small boats simply not reporting their catch.

The latter category interested authors Amanda Vincent, a zoologist at the University of British Columbia, and wildlife scientist Jean Harris of Ezemvelo KZN Wildlife in South Africa. The biggest culprits in IUU fishing aren’t anti-environmental pirates, they say; rather, they’re individuals feeding their families and maintaining local markets. According to other research cited by the authors, about 90 percent of the world’s fishers—around 100 million men and women—operate in small-scale fisheries.

Globally, this adds up. Of the few oceanic species monitored worldwide, close to 30 percent are overfished, according to the United Nations Food and Agriculture Organization. In parts of the Atlantic Ocean, up to 50 percent are overfished, including some shrimp, octopus, and grouper. Many species are already vulnerable due to climate change and marine tourism.

The authors hope the paper will serve as a call to arms for policymakers to better manage their fisheries. They point to one essential step: establishing marine-protected areas (MPAs), in which fishing is either severely restricted or prohibited entirely. Studies show that many MPAs have helped restore habitats and improve nearby fisheries.

But cordoning off even small-scale MPAs will require co-management from all layers of government, the paper notes.

“The village level is not going to by itself do the job,” Vincent said, and national governments may have too many priorities to focus on the local scale. But together, they can establish new policies that protect the oceans while meeting the needs of fishers.

Other marine policy researchers agree. Natalie Ban of the University of Victoria attributes the success of MPAs in Southeast Asia to high-level officials authorizing locals to protect their own shorelines.

“That’s why in the Philippines you’ve got thousands of little no-take areas popping up all over the place,” Ban told mongabay.com.

Missing from the paper, said Ban, is the enormous potential of technology to curb IUU practices. Satellites can track fishing boats, while cameras in harbors can help monitor catch. And almost everyone, even in small fishing villages, owns a mobile phone.

“So if you see someone fishing illegally, you can easily text to whoever the enforcement officer may be,” said Ban.

As for implementing MPAs and their co-management, Vincent and Harris want to emphasize the importance of acting fast.

“Those of us in the conservation game and in fisheries management have to stop claiming always that we need more data,” Vincent said.

To Alan White, an environmental scientist at The Nature Conservancy in Honolulu, Hawaii, the key is to stay positive: “It’s important for us to bring forward success stories so we can learn from them and let other people know it’s possible to make a difference.”

Kerry Klein is a graduate student in the Science Communication Program at the University of California, Santa Cruz.