This article is the first in a three-part series that will examine the global impact of oil palm agriculture on local communities.

There’s little doubt that the use of palm oil is expanding rapidly throughout the world, and with it the need for millions of hectares of land to grow oil palm trees. The results can be devastating for local communities who depend on the agriculture and forests that these lands support, which led the international NGO GRAIN to catalog the issues that arise with oil palm expansion in a report titled “Planet Palm Oil.”

“Most of these communities have customary systems of land management,” which often stretch back centuries, said Devlin Kuyek, a researcher with GRAIN who worked extensively on the report. “Those [systems] are under threat and they’re being ignored.” 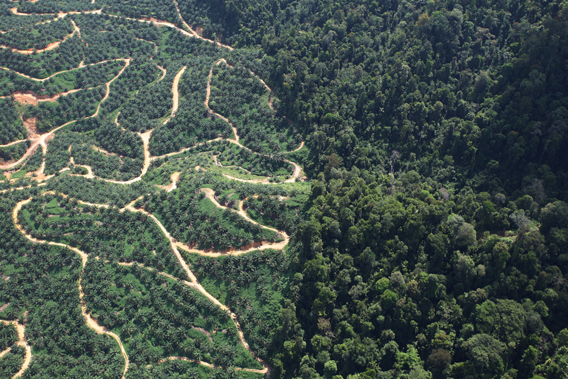 An oil palm plantation abuts natural forest in Borneo. Palm oil production is a major driver of deforestation in Indonesia and Malaysia, and is quickly expanding to many other countries. Photo by Rhett A. Butler.

Kuyek and a global team of colleagues documented instances in which traditional economies and rights of land tenure have been swamped by a raft of land grabs, often from foreign corporations interested in industrializing oil palm agriculture.

A taste for inexpensive foods from grocery store shelves in the West has led companies to seek out the cheapest fat available. In recent decades, that’s meant palm oil. In addition, increased demand for processed food and cheap cooking oil in countries like India and China has notched up the land rush, particularly in places like Indonesia and Malaysia. Kuyek said the conversion of land in those countries to industrial oil palm plantations has at times occurred by “what is really a militarized occupation,” using deceptive tactics and coercion to force local communities from their lands to the benefit of very few.

Part of what has driven the escalation in corporate investment in oil palm plantations has been a fundamental change in the way palm oil is viewed, according to Kuyek. “Palm oil is treated as this global commodity,” he said. But in Africa – where the oil palm originated – “It isn’t a commodity crop. It’s much more than that.”

In addition to having dozens of local uses in foods and medicine, small-scale palm oil production also supports local production systems involving many people from in the communities, especially women. What’s more, traditional oil palm agriculture in West and Central Africa rarely involves the wholesale destruction of forest. Instead, families often maintain a few trees alongside other crops, or they harvest palm fruit for oil from semi-wild locales, which allow (at least to some degree) the continued existence of native biodiversity. For this reason, yields in Africa on a per-hectare basis are starkly lower than in Asia.

Big corporations have also savvied to the utility of palm oil, said Kuyek. “Industry uses it as a kind of substitute for everything, and it doesn’t really matter where it comes from, as long as the price is cheap,” he added.

And now, that interest has spread beyond the recent center of large-scale palm oil production in Southeast Asia to include tropical lands in Africa, Oceania and Central and South America. In Papua New Guinea, for example, “Land grabbing is rampant and is happening in broad daylight,” said Rosa Koian, information and communications program coordinator with the Bismarck Ramu Group, named for the Bismarck mountain range and the Ramu watershed in Madang province in Papua New Guinea. 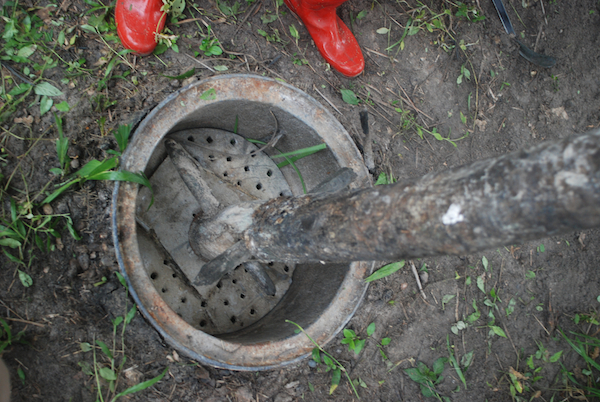 A view of the inside of the palm oil mill. Photo by John C. Cannon.

The country has seen a swift uptick in its lands changing hands from community to government control, from 97 percent customary land ownership in 2009 to 85 percent in 2014. But rather than being the result of illegal conversion, many of the changes in control have been encouraged by government policies, intentionally bent on turning rural lands – where 85 percent of Papua New Guineans live – into industrial farms for oil palm and other crops. The government aims to reduce customary land ownership to 80 percent by 2030.

“Papua New Guinea wants to catch up with the developed world,” Koian told mongabay.com. “As the government sees it, the best way to do it is to free up customary land. Economic growth is the current government priority.”

Even when those land grabs are deemed illegitimate, locals in Papua New Guinea say that corporations are loathe to vacate the land, as is currently happening near Collingwood Bay in the southeastern part of the country. Global Forest Watch data shows notable patterns of tree cover loss in this area, with more than 15,000 hectares lost since 2006. 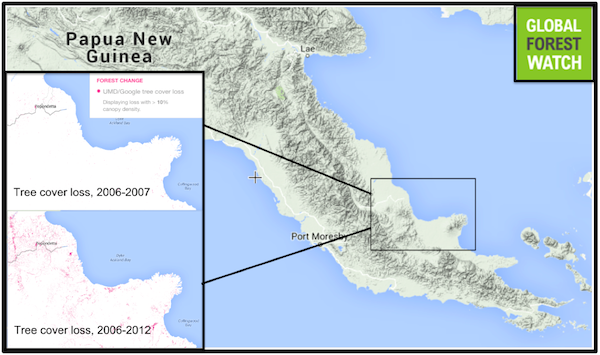 The region around Collingwood and Dyke Ackland Bays in Papua New Guinea lost more than 15,000 hectares of forest between 2006 and 2012. Map courtesy of Global Forest Watch. Click to enlarge.

Koian points out that removing people from their support system – that is, the land on which they live – seems to run counter to the goal of reducing poverty. The plantations may bring jobs, but she said what people gain from these jobs is usually inadequate, especially considering that the jobs are effectively provided in exchange for land that once supplied them with adequate amounts of food. The tradeoff from the cash crop is loss of food security.

Similarly, countries in Africa struggle with economic development, said Kuyek, often because policies set by the World Bank and other international entities intended to open land to industrial conversion have led to the continent’s current spate of land grabs. Indeed, companies that have not previously been in the palm oil business have found themselves in possession of huge swaths of land. Global Forest Watch data shows the Atama plantation, which the author of a report on agroconversion published by Forest Trends earlier this year said looks like “someone’s fired a shotgun through the Congo forest.”

The tragedy, said Kuyek, is that communities are losing the land they live on in the name of economic development, even when they’re certified by initiatives such as the Roundtable on Responsible Palm Oil (RSPO). Because of the deleterious effects these plantations have on local communities and economies, Kuyek added, “It’s not possible to see that as somehow responsible and sustainable.”

Atama Plantation oil palm concession (yellow square) in the Republic of Congo. The site comprises more than 500,000 hectares of mostly intact forest–roughly the size of the U.S. state of Delaware. The region is already significantly affected by deforestation, with forest loss of the area shown in the map amounting to approximately 300,000 hectares from 2001 through 2012, and large tracts of intact forest disturbed since 2000. Map courtesy of Global Forest Watch. Click to enlarge.