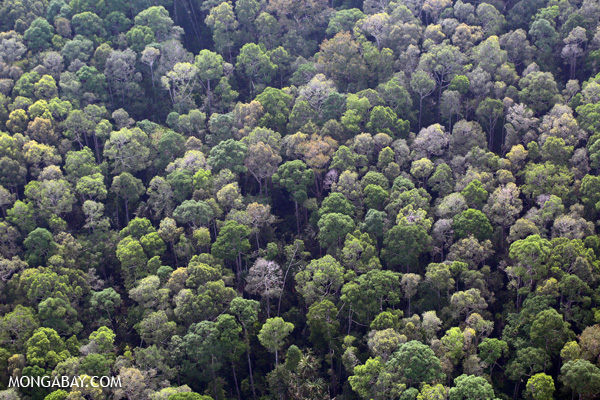 The KPK arrested both the governor and oil palm businessman Gulat
Manurung in late September, confiscating 156,000 Singapore dollars
($124,770) and 500 million Indonesia rupiah ($41,162) allegedly paid
by Gulat to the governor. Gulat was serving as the Riau chairman of
the Indonesian Oil Palm Farmer’s Association at the time.

During initial questioning, Annas told investigators that former
Forestry Minister Zulkifli Hassan had issued a permit to convert the
area during his term. On Wednesday, Annas further implied that the
land conversion was Zulkifli’s idea, although Zulkifli did not receive
any kickbacks from the deal.

“When Zulkifli visited Riau to attend the province’s anniversary
celebrations, he told me that any forest-listed land owned by locals
should be reported to him for land conversion,” Annas said, as
reported in the Jakarta Globe. 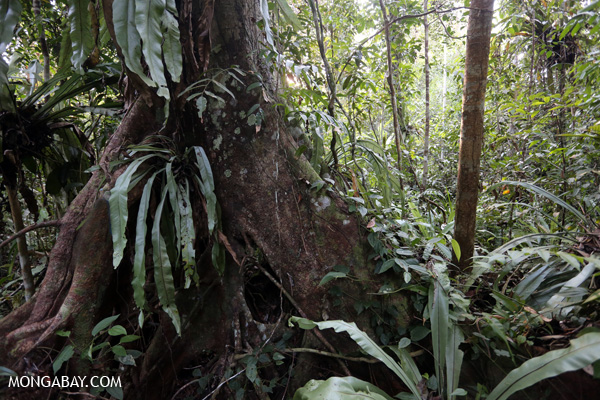 Zulkifli, now a member of the People’s Consultative Assembly (MPR),
has denied that he approved the change.

“It is true that the governor submitted a request for a
land-conversion permit to me, which I then gave to my inspector
general for consideration, but he never gave me his opinion of the
permit, so it did not have my approval,” Zulkifli said.

Annas became Governor of Riau last year, replacing Rusli Zainal after
the KPKsentenced
Rusli to 14 years in prison for corruption. He was found guilty of
issuing illegal permits that resulted in the destruction of over
30,800 hectares of forest.

Deforestation in Riau has gained more international attention recently
after Harrison
Ford confronted Zulkifli about the destruction of Tesso Nilo
National Park in the Emmy-winning series, “Years of Living
Dangerously.”