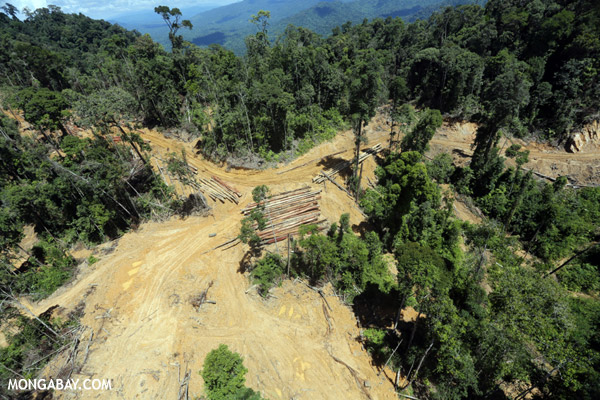 “Just because permits are issued does not mean that the logging is not destructive of the forests.”

Mahathir went on to say that Malaysian timber demand can be met with other wood sources, including oil palm trunks and rubber trees, as well as steel.

He noted that while fewer logging concessions may cause short-term hardship for some states, which in Malaysia control and derive income from forestry activities, the federal government could step in to provide incentives for forging timber harvesting.

“The Federal Government should compensate State Governments if they reduce or stop giving forest concessions,” Mahathir wrote. “Sacrifice by the states by making land available for industries and other business activities has increased Federal income and corporate taxes. Some kind of basis must be found so that the poor states receive a bigger allocation from the Federal Government.”

“When the states are less dependent on giving logging [concessions], they will be more willing to reduce and even stop logging concessions.”

Data published last year by researchers led by Matt Hansen of the University of Maryland, concluded that Malaysia has the world’s highest rate of forest loss.

Mahathir left office in 2003 after 22 years in power. While he’s no longer active in politics, he regularly comments on political issues in Malaysia.

During his reign, Mahathir presided over a period of rapid economic growth in Malaysia as well as large-scale destruction of forests. Intense industrial logging depleted timber stocks across much of the country’s land mass, ushering in the expansion of the palm oil industry, which grew from 848,000 ha when he took office to 3.26 million hectares.

Today Malaysia continues to experience high rates of forest loss. Most of the country’s remaining forest cover has been logged at least once and there is strong political pressure to convert carbon-dense peatlands for new oil palm plantations.

A spate of studies have shown that selective logging can have substantial ecological impacts on forests, especially in the tropics. Logged forests are also more likely to be cleared outright in the future for agriculture or plantations. 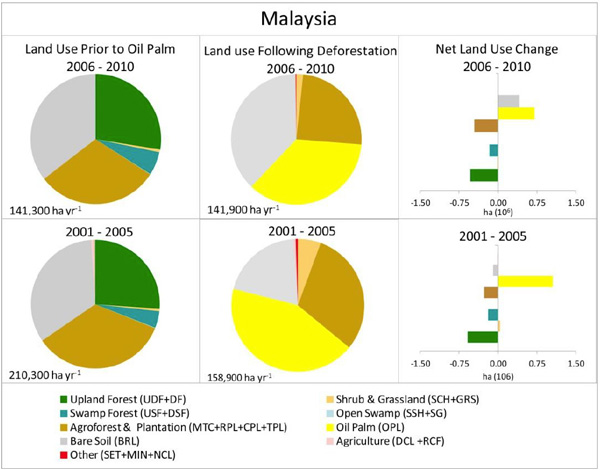 Summary of land use change in Malaysia (bottom). Left column: land use prior to the establishment of new oil palm plantations (in the lower left corner is the total annual increase in oil palm plantations). Middle column: the fate of land following forest conversion (in the lower left corner is the annual rate of deforestation). Right column: net land use change over each five year period. From Agus et al 2013.