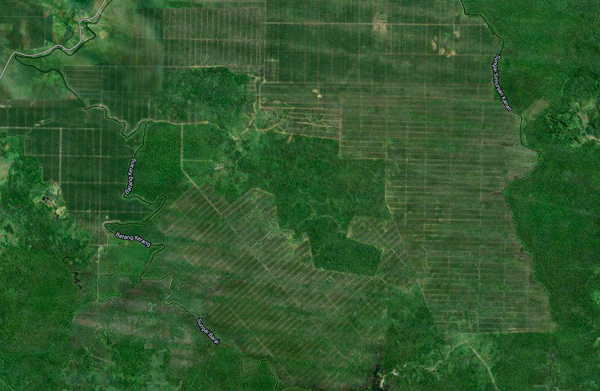 A book alleging massive corruption by Sarawak’s long-time ruler, Abdul Taib bin Mahmud, is being released despite apparent legal threats against the book’s publisher and author.

Money Logging, written by the Bruno Manser Fund’s executive director Lukas Straumann, argues that Taib and his associates made billions of dollars by auctioning off Sarawak’s rainforests to loggers and palm oil companies since the early 1980s. The allegations aren’t new, but the book provides new details on Taib’s dealings and the resulting impact on Malaysia’s forests and indigenous peoples.

“Money Logging investigates what former UK Prime Minister Gordon Brown has called “probably the biggest environmental crime of our times”—the massive destruction of the Borneo rainforest by Malaysian loggers,” said Bergli Books, the book’s publisher, which added that the book’s release has been opposed by Taib and the Malaysian government.

“The 6 page extract of the Book alone accuses our client of being a ‘despot’; having committed crimes; earning billions of dollars illegally from the timber trade; hiding that fortune abroad through sham companies; committing ‘one of the greatest environmental crimes in history’; being a ‘corrupt autocrat’; breaching international laws and regulations; using his profit from logging to feed corruption; and finally, having ‘liquidated a forest in order to keep himself at the helm of a state,'” stated the letter from Mishcon de Reya, which didn’t respond to mongabay.com’s request for comment.

“The Book is highly defamatory and our client is entitled to bring proceedings against all parties responsible for its publication, including you. Such proceedings will include claims for immeasurable damages, injunctive relief and costs. Given the wealth of our client and the extreme seriousness of the allegations, the losses will be substantial.”

But Bergli said it would proceed as planned with publication of the book, which was earlier released in German. 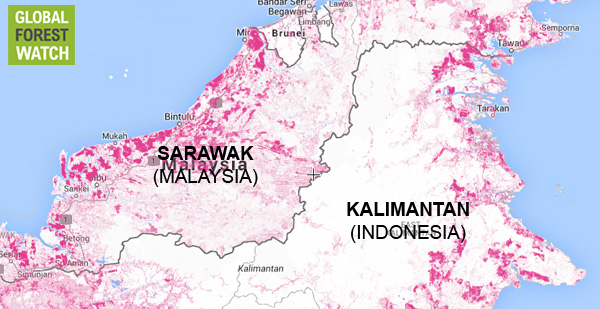 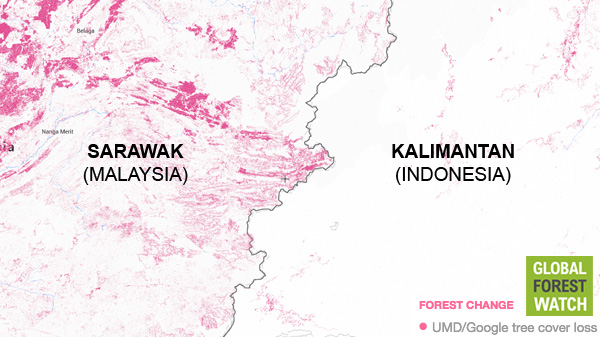 Global Forest Watch maps comparing forest loss between 2001 and 2012 in Sarawak and Kalimantan. Taib famously claimed that 70 percent of Sarawak’s forests were “intact”, a statement that was quickly debunked by observers using Google Earth. Subsequent studies by scientists confirmed Taib’s misrepresentation of the facts.

“The Malaysian government’s intervention is an unprecedented and unacceptable attempt of censorship which civil society cannot accept,” Straumann said in a statement. “We demand from the ITTC that the Bruno Manser Fund will be granted the observer status and that my book can be freely displayed.”

The ITTO did not respond to multiple requests for comment.