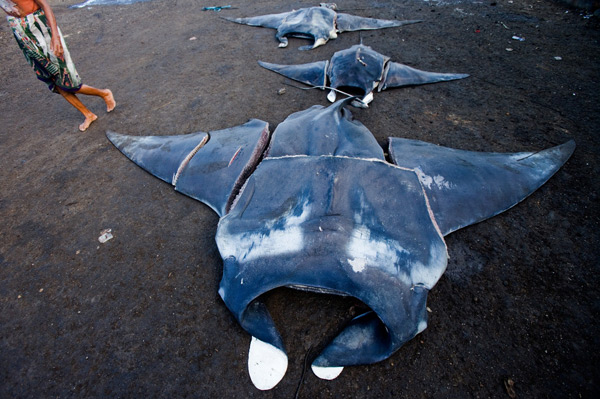 In the largest confiscation in Indonesia to date, authorities seized 103kg of manta gills in Bali, and arrested one suspect. The dried gill plates were harvested from as many as 85 individuals and are worth about 175 million rupiah ($14,300) on the local market. The parts sell for $250-$500 per kilogram in Chinese markets, and are believed by some followers of Traditional Chinese Medicine to have healing powers–although they have not historically been used in the practice.

The bust took place after locals tipped off authorities about the operation in Pengambengan on the island of Bali. An investigation by the Ministry of Marine Affairs and Fisheries led law enforcement officers to the home of Shr, a 60-year-old man who was arrested in connection with the operation.

The gill rakers were likely harvested from Reef (Manta alfredi) and oceanic (Manta birostris) mantas, both of which are IUCN listed as Vulnerable species. Earlier this year, Indonesia pledged to protect the two species, effectively creating the largest manta sanctuary on the planet. Trafficking in the animals or their body parts in Indonesia now carries a maximum penalty of 5 years in prison, and a $10,000 fine. 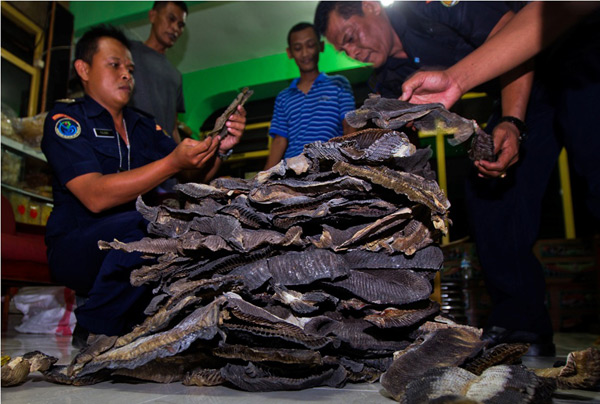 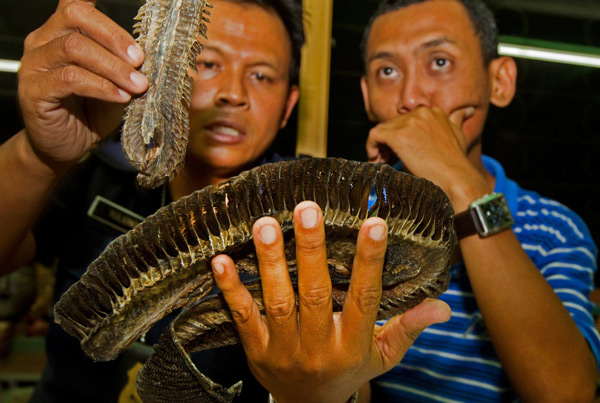 By some calculations, the value of manta rays to the country in terms of tourism dollars far out paces their price on the black market. A single ray can contribute up to $8 million to the tourism economy over its potentially 40 year life span.

“This action to protect our marine resources and fisheries has thwarted the illegal trade of a protected species which is part of world’s charismatic species richness and natural heritage,” said the recently appointed Minister of Marine Affairs and Fisheries, Susu Pudjiastuti, in a press release on Sunday. “We will continue a public campaign until all fishermen and traders have received clear information on the regulation.”

This bust follows on the heels of last month’s confiscation of 19kg of manta during the arrest of one of the four largest manta dealers in Surabaya, and a recent arrest of online dealers of tiger parts. Environmental groups are encouraged by these recent successes, and hope they signal that Indonesia is serious about curbing the rampant trade of illegal wildlife within and across its borders. 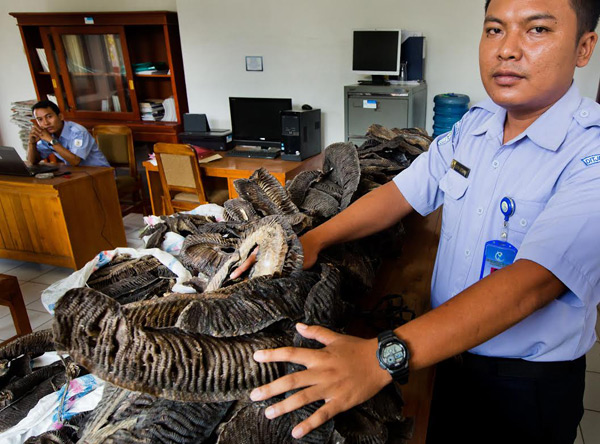 The Ministry of Marine Affairs and Fisheries of the Republic of Indonesia and the Wildlife Conservation Society’s Wildlife Crimes Unit announced the largest confiscation of illegal manta ray parts as part of a major enforcement action against illegal trade of sharks and rays in Indonesia, home to the largest shark fisheries on earth. Credit: Paul Hilton for WCS