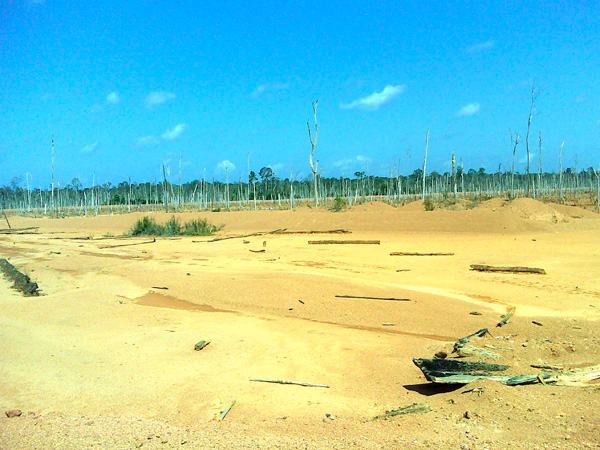 A Harita group mining company in West Kalimantan, Indonesia has been operating well outside of its permit boundary, reports local NGO, Forest Monitoring Volunteers of Borneo (RPHK). Their investigation found that PT. Karya Utama Tambang Jaya, is operating illegally on 78 hectares of land. The company holds permits to mine bauxite (aluminum ore) on 8,878 hectares.

RPHK identified the violation using satellite imagery, then verified their findings by field-sampling two randomly selected points. Although the area in question is small, the violation is not isolated. Government oversight has struggled to keep pace with the rapid expansion of mining in the region.

Over 6.4 million hectares (24,710 square miles, 64,000 square kilometers) of West Kalimantan province have been permitted for mining and extraction as of June 2014, according to statistics by the Department of Mines and Energy in West Kalimantan.

“Because this island has become the production center for mining products and national energy stores, the expansion of mining and extraction of minerals is rapidly increasing,” said Syamsul Averroes, spokesman for RPHK. “Therefore the policies should be coupled with a strong system of governance and regulation so that the resources [can be utilized in a way that is] beneficial for the community and the nation.”

“The governance of our mining sector is still very poor. Violations often occur,” he said, “and the level of enforcement is inversely proportional to the rate of mining investment in this province.” 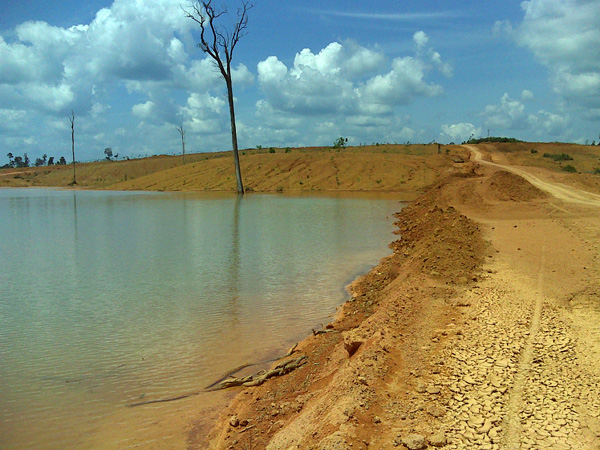 The company in question is a subsidiary of PT. Cita Mineral Investindo Tbk—a holding of the Jakarta based Harita Group. According to the Jakarta Globe, Harita owns 26 mining permits in West Kalimantan, covering an area of 350,000 hectares which contain proven bauxite reserves of 700 million tons.

Another Harita holding, the palm oil company Bumitama, has been repeatedly accused, and found guilty, of illegally clearing land for plantations outside of its permitted area. The continued violations motivated Deutsche Bank to withdraw its investments in the company in May 2014. In September of this year, Bumitama was still operating illegally despite a supreme court ruling against it.

The Harita group started in 1915 with a small grocery store in East Kalimantan owned by Chinese immigrant Lim Tju King. His son, Lim Hariyanto Wijaya Sarwono, expanded the business through the establishment and acquisition of resource extraction companies. Harita has grown to include oil palm plantations, nickel, coal, and aluminum mines as well as timber and shipping subsidiaries. According to Bloomberg, Lim Hariyanto Wijaya Sarwono was worth $1.8 billion in 2012.

Harita is currently involved in a joint venture with China Hongqiao Group to build a $1 billion aluminum smelter in West Kalimantan. Investment in the PT Well Harvest Winning Alumina Refinery has been bolstered by Indonesia’s controversial ban on raw ore exports.