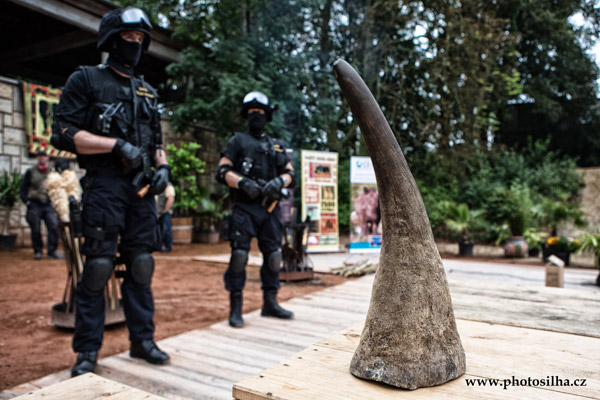 Late last month, armed guards escorted officials marching 60 kilograms (132 pounds) of rhino horns to a pyre for burning. The event, at the Dvůr Králové Zoo in the Czech Republic, was the first public burning of rhino horns in Europe.

The Czech Republic burned the horns, which came from a government stockpile as well as from past rhinos held at the zoo, in a bid to help conserve rhinos, which have been decimated by a worsening poaching crisis. In fact, the Czech Republic is often used as a transit point for smugglers of rhino horn. In 2013, officials seized two dozen white rhino horns and arrested 16 individuals for allegedly smuggling horns.

“It is necessary to show clearly that the situation of rhinos in the wild is critical and that it is the demand for rhino horn that drives them towards extinction,” said Premysl Rabas, the director of the Dvůr Královée Zoo. “Burning itself is a symbolic event that calls on everyone to re-cosider consequences of her/his behaviour. By buying rhino horn you fund criminal gangs and poachers. As a consequence of smuggling and trading in rhino horn, the rangers are killed, inhabitants of poor African regions are terrorized and beautiful animals are destined to suffer cruel death.”

This year, around 700 rhino have been slaughtered by poachers for their horns in South Africa, which is the epicenter of rhino poaching given its comparatively large rhino population. Last year, the country lost 1,004 rhino to poachers.

Rhino horn is in high demand in countries like Vietnam and China where it is consumed as a curative, despite any scientific evidence for curing properties.

“Its consistency is similar to consistency of human nails or hair,” said Rabas, pointing to the fact that rhino horn is largely composed of keratin like nails and hair.

John Scanlon, the Secretary-General with the Convention on International Trade in Endangered Species of Wild Fauna and Flora (CITES), said at the event that the burning “sends a powerful public message that the Czech Republic does not accept and will not tolerate this illegal trade or the devastating impact it is having on the rhino and on the livelihoods of local communities.”

The issue is taking on a wider public profile as well. Yesterday, thousands marched around the world in the a Global March for Elephants and Rhinos calling on governments for greater action to save these mega-fauna. 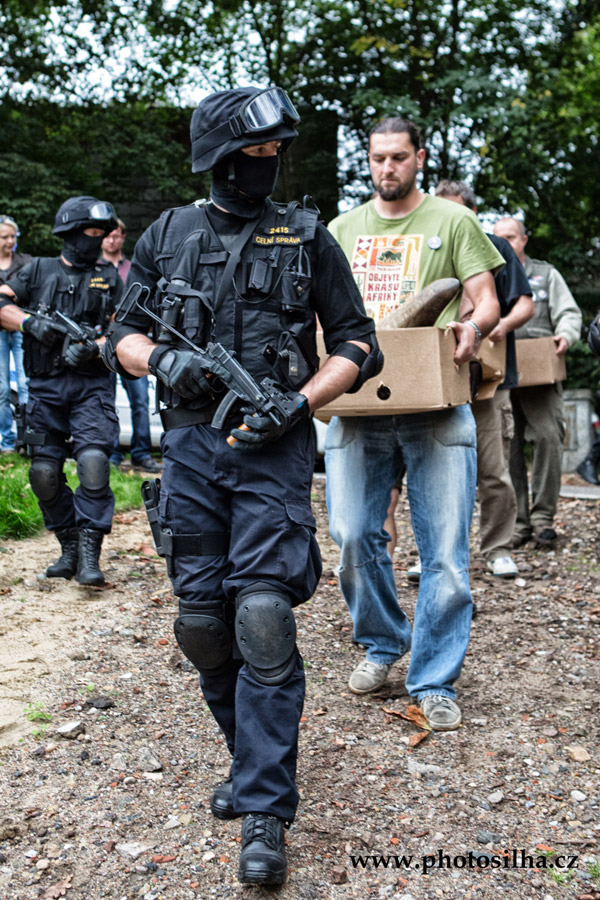 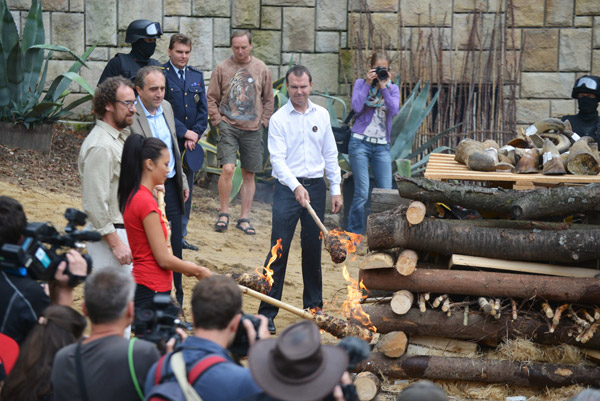 Lighting the fire to burn the rhino horns. Photo courtesy of CITES Secretariat. 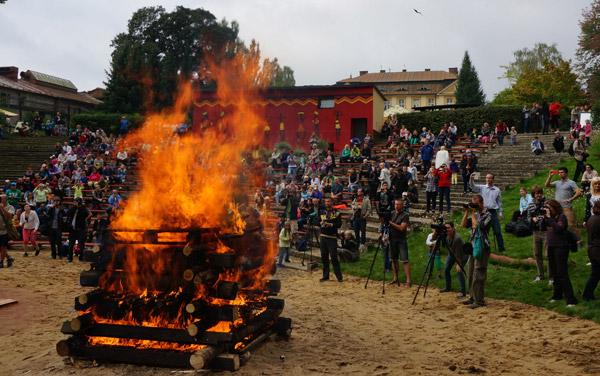 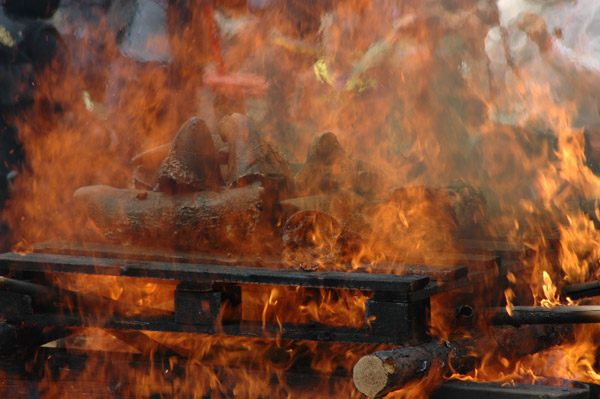 (07/01/2014) The last of Indonesia’s critically endangered Javan rhinoceroses have survived poachers, rapid deforestation and life in the shadow of one of the archipelago’s most active volcanoes. But an invasive plant is now posing a new threat to the world’s rarest species of rhino.