Scientists have long believed that gene flow and species dispersal is only interrupted by physical barriers, like mountain ranges, rivers or even the complete disappearance of a suitable habitat. But new research into the distribution of two mouse opossum species in South America suggests that other factors may play a role as well, such as competition and predation.

“Geographic isolation is a phenomenon that has the potential to reduce, or even prevent, gene flow among populations, and this is one of the primary causes of speciation – the formation of new species,” explained lead author Eliécer Gutiérrez with the National Museum of Natural History to mongabay.com. “The fact that biotic interactions (parasitism, predation, mutualism, commensalism, and competition) have the potential to isolate populations has been largely overlooked.” 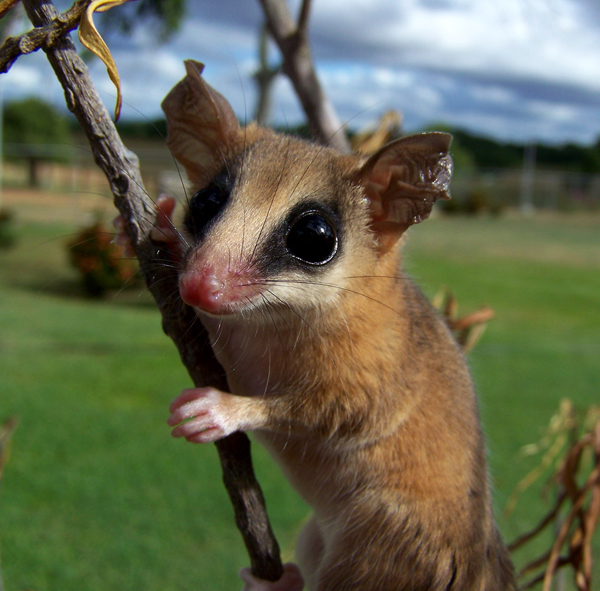 In Venezuela, Gutiérrez and colleagues used ecological niche modelling, georeferencing, field notes and various online resources to test whether the distributions of the two mouse opossum species – the Guajira mouse opossum (Marmosa xerophila) and Robinson’s mouse opossum (Marmosa robinsoni) – would be unable to coexist due to competition i.e. one of the species would take precedence over the other. The team also examined the connectivity within the populations of both species across north-west Venezuela, to see if gene flow between the populations was already inhibited by a physical barrier.

The team also found that populations of Robinson’s mouse opossum around the peninsula were isolated from each other, for which the Guajira mouse opossum may be responsible. The researchers believe this may be proof of what they call “competitive exclusion,” where one species outcompetes another, keeping it from otherwise suitable habitat. If competitive exclusion is occurring, with the Robinson’s mouse opossum species being the inferior, then this study provides empirical evidence that ecological interactions (in this case, competition) can lead to the isolation of populations and the disruption of gene flow within a species much as a river or mountain might do.

“Because of the methods we used (ecological niche modeling), we were not able to conclusively demonstrate competitive exclusion; however, our results match the predictions of the geographic patterns expected for competitive exclusion among our two focal species,” said Gutiérrez. “This match to the predictions, in addition to the vast amount of evidence published on biotic interactions shaping species distributions, allowed us to claim (based on solid evidence) that biotic interactions can maintain and cause geographic isolation, whether or not genetic distinction arises afterwards.”

The team proposed two mechanisms – intrusion and contraction – to classify the interactions that can lead to geographic isolation, known to biologists as allopatry. Intrusion is the term given to the arrival of an invasive species into the range of another, causing the disappearance of the latter – perhaps explaining the disruption to Robinson’s mouse opossum populations. Contraction is where the loss in range of one species causes a division in the range of another, prominent in cases where a specialized predator experiences a reduced distribution of prey. Of course, the range of the predator will decrease as well.

These proposed alterations to evolutionary theory, along with the new evidence of the effects of ecological interactions, may be significant in further studies of species distributions, particularly those where new species may arise from geographic isolation.

“Didelphid marsupials (including mouse opossums) are an ecologically diverse and species-rich group that represents a fascinating, suitable system for studies on niche evolution and distributional patterns…. In the years to come, I plan to use ecological niche modelling to study the biogeography of several species of marsupials in the neotropics,” said Gutiérrez, who added “I hope that our paper will encourage evolutionary biologists to consider biotic interactions among the possible causes of geographic isolation in their research.”

(06/06/2014) For animals that live in places that are both hot and dry, using valuable water stores to cool off via evaporation may put them at risk of dehydration. Now, as described in a new study published in Biology Letters, it seems that koalas have figured out a way to stay both cool and dry: by hugging trees.