By killing off older fish, overfishing may lead to lost migratory patterns

Catching older fish may impact a school’s ability to migrate from spawning grounds to feeding areas, according to a recent study published in the Journal of the Royal Society Interface. The study’s scientists believe that fish schools may retain a collective memory, a communal mind map of sorts, which help these groups reach their destinations, some of which are thousands of miles away. Such migratory patterns would be held in the minds of the older and more experienced fish, unfortunately the same fish most targeted by fisheries. Given this, the scientists hypothesize that overfishing could lead to drastic changes in group formation, migratory patterns, and overall collective behavior.

The study, which employed mathematical modeling to understand how migrations might be impacted, was led by a group of physicists and biologists. It is “mainly theoretical,” Giancarlo De Luca, a physicist who contributed to the study, explained to mongabay.com. “We built a simple adaptive network model, which described in an idealized way the behavior of fish in a school.” 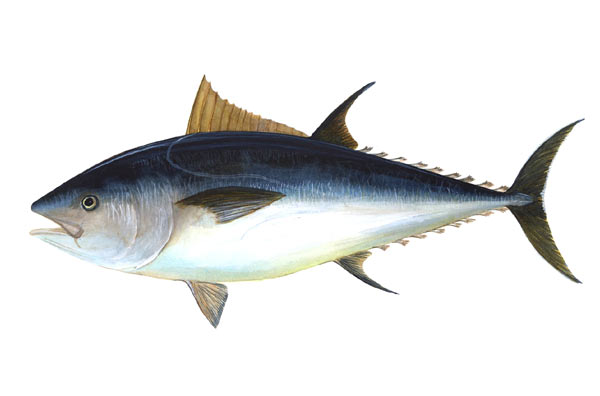 An image of an Atlantic bluefin tuna. Image in the public domain.

The model is based on three assumed factors that control school migration behavior: the strength of social communication between fish, the number of experienced fish that understand and know the migration routes, and the preference these knowledgeable fish have towards a particular destination.

According to De Luca, by running the model the researchers found “that small changes in the parameters, can produce large changes in the system,” particularly in that, “a reduction in the fraction of informed individuals may prevent the group from reaching the migrating state.”

Furthermore, if a group no longer migrates to a certain destination then the next generation does not learn the route and it ultimately gets lost – the transmission of knowledge between fish generations becomes critically impacted. 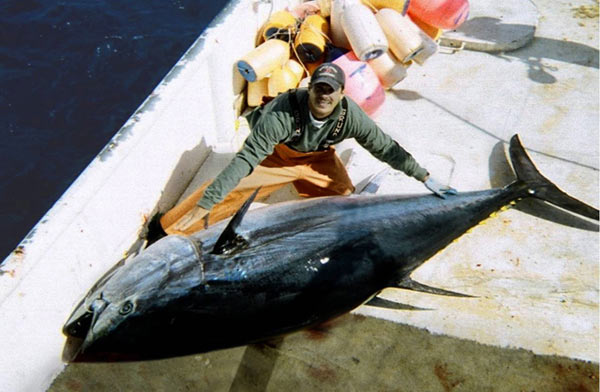 “During the 1950s–1970s, both species were heavily exploited in these regions resulting in the disappearances of both species,” reads the paper. “Since then, the herring populations in both regions have recovered to moderate-high levels, but bluefin tuna have been extremely rare during the 1980s–2000s and apparently had not migrated to these areas in large numbers since the disappearance several decades ago.”

Overfishing and degradation of habitats are the main threats to the collective memory of migratory fish. Many species, such as the Atlantic bluefin tuna, have intricate migratory patterns, which are greatly altered by overfishing. De Luca and his colleagues hope that by making these scientific results available to the larger community, policymakers may in turn change regulations.

“Since many migratory species, such as Atlantic bluefin tuna, are also of great economical importance it is very difficult for policymakers to enforce more restrictive policies, but it definitively has to be done if we want to preserve the biodiversity of our seas,” De Luca concluded.

Blue-footed boobies on the decline, plummeting sardine stocks may be to blame

(08/06/2014) The iconic blue-footed booby of the Galapagos Islands has suffered a population decline of 50 percent in less than 20 years, according to research conducted by biologists from Wake Forest University.

(06/09/2014) Scientists analyzed almost half a million fish bones to shed light on the population history of Pacific herring (Clupea pallasii) in the North Pacific Ocean. Their paper reveals a decline of unprecedented scale, and suggests that while the abundance of Pacific herring does fluctuate naturally, their numbers have fallen precipitously since commercial fishing started targeting the species in the 19th century.