Part II of this series: The Yarsuisuit Collective

Part III of this series: Passing Down Traditions

The island-dwelling Guna people of Panama are one of the most sovereign indigenous communities in the world, being endowed with extensive land tenure and self-governance rights. And like many of the world’s traditional cultures, they have a tiny carbon footprint. The Guna also possess some of Central America’s best preserved forests, which they have utilized and managed collectively and sustainably for the past two hundred years.

But now severe weather and sea level rise are causing regular flooding on many of the islands, and will likely force the Guna to have to abandon their island homes for the mainland. This multimedia piece offers an introduction to everyday life and customs in Guna Yala and touches upon the uncertain future the Guna are now facing thanks to the impacts of climate change.

Between the Forest and the Sea, Pt. 1: Life and Climate Change in Guna Yala from roberto (bear) guerra on Vimeo. 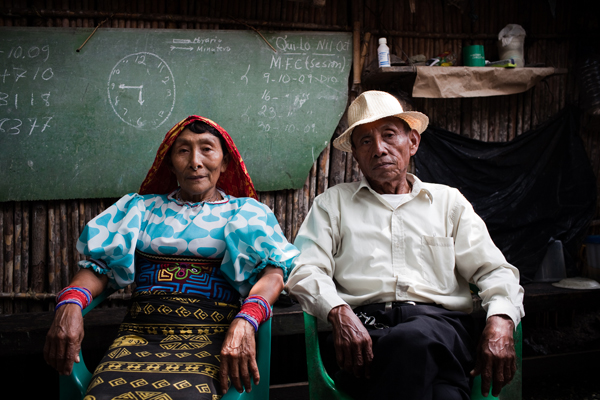 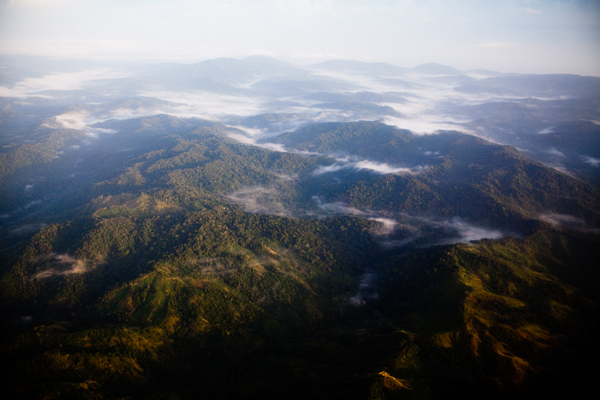 As the sun rises, clouds and mist begin to clear over some of the tree-covered mountains in the mainland forest in Kuna Yala. Panama’s indigenous Kuna have managed their forests communally and utilized them sustainably for several hundred years, and today possess some of the best preserved old growth forests in all of Central America. Photo by Roberto (Bear) Guerra. 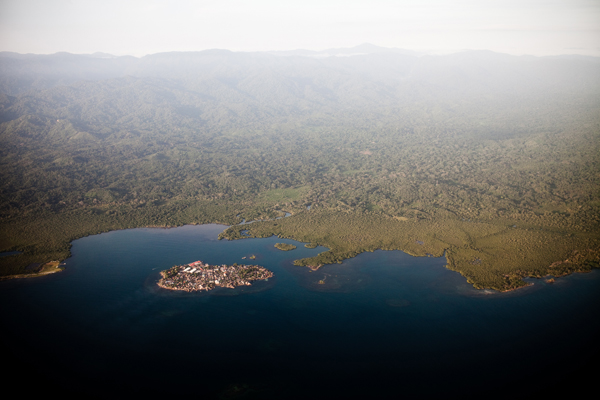 One of Kuna Yala’s densely populated islands seen from the air, and beyond, the Kuna’s sacred forest – some of the best preserved in Central America. Situated along Panama’s northeastern coast, the Kuna’s islands are frequently flooding due to severe storms and rising sea levels, forcing the Kuna to consider relocating entire communities to the mainland. Photo by Roberto (Bear) Guerra.