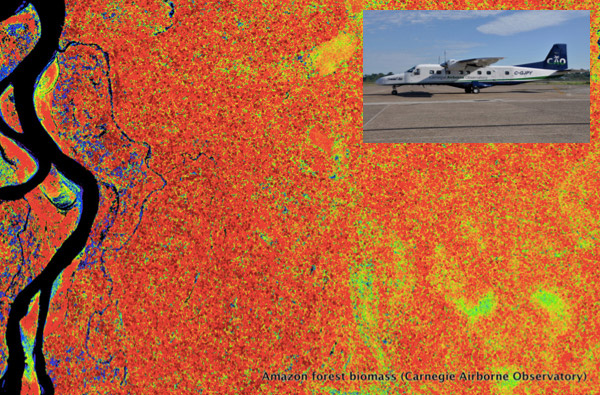 Forest map in the Peruvian Amazon developed from the Carnegie Airborne Observatory, an airplane-based platform that uses advanced LiDAR to measure forest carbon values and other properties. Photo courtesy of the Carnegie Institution for Science

Mapping the world’s tropical forests with a fleet of airplanes outfitted with advanced LiDAR could rapidly and accurately assess global forest carbon stocks for a fraction of the cost of a typical Earth observation satellite mission — and far less than field-based sampling — argues a new paper published in Carbon Balance and Management.

The commentary, authored by a group of prominent scientists from several institutions, reviews recent progress in applying laser ranging technology (LiDAR) to forest mapping and lays out a case for a global campaign to survey the world’s forests in support of REDD+, a program that aims to compensate tropical countries for reducing carbon emissions from deforestation and forest degradation. These sources account for roughly 10 percent of global greenhouse gas emissions.

Supporters of REDD+ argue that the mechanism could provide dividends that extend well beyond helping slow climate change. Tropical forests are home to more than half the world’s terrestrial species, while providing key ecosystem services, including local and regional climate regulation and flood and erosion control. Protecting them from conversion and degradation from logging would therefore help maintain these services for resident species and the benefit of humanity. 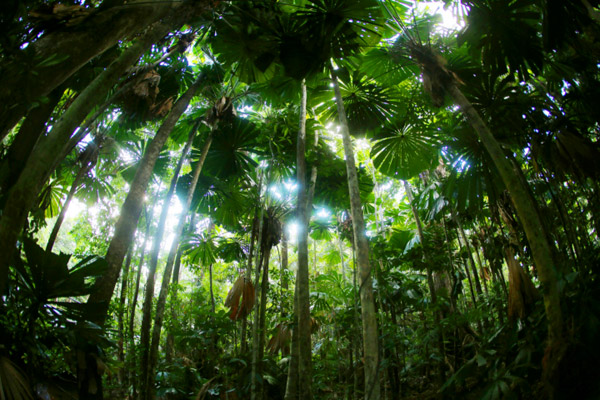 Tropical forest in northeastern Australia. Photo by Rhett A. Butler

However a key concern about REDD+ has been how to accurately and affordably estimate the actual emissions savings under the program. The new paper argues that LiDAR could do just that.

“To estimate the amount of carbon stored in a 50-hectare tropical forest monitoring plot on the ground—the largest field plot in the world—takes a team of 12 people about eight months: a slog of rain and mud and snakes with tape measures and data log books. Today’s airborne LiDARs can get you to within about 10% [7,8] of the same carbon estimate in eight seconds,” the authors — including Joe Mascaro of the American Association for the Advancement of Science, Greg Asner of the Carnegie Institution for Science, Stuart Davies of the Smithsonian Tropical Research Institute, Alex Dehgan of Conservation X Labs, and Sassan Saatchi of Caltech — write.

“It is this staggering contrast in scale between LiDAR and fieldwork that led us here: Before this decade is out, we could directly assess the carbon stock of every single square hectare of tropical forest on Earth. We could do it just as well as if we were standing there in the flesh with tape measures in hand. And we could do it for far less than what we have already spent to offset carbon emissions from forests.” 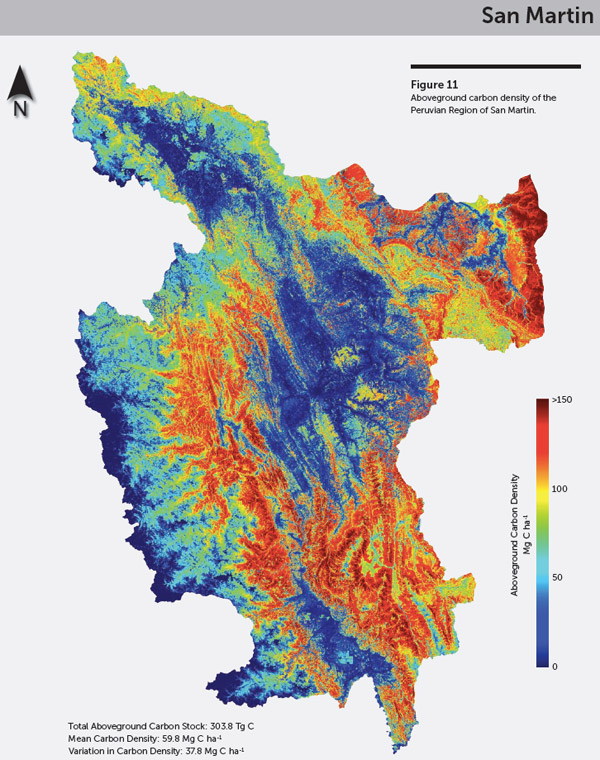 A wall-to-wall map of San Martin, Peru developed by Greg Asner’s team at the Carnegie Institution in partnership with the Peruvian Ministry of Environment. The map was published in July in an atlas titled The High-Resolution Carbon Geography of Perú.

The authors say LiDAR is well-suited to the task because is can be “collected, standardized, reported and verified in a simple manner by both a landholder and any third party”. It’s also faster than field studies and more accurate than satellite-based approaches, according to the researchers, who between themselves have extensive experience with all three methods. They estimate the cost of mapping the 3-D structure of 1.5 billion hectares of the world’s tropical forests, as well as the farms and plantations that have replaced them, at $250 million.

“Our ambitious plan can be accomplished for far less than what we have already spent on avoided deforestation. Aircraft leasing, data collection and processing costs for 30 days of flying can reasonably be limited to $500,000,” they write. “Using this monthly sampling unit, collecting at an average of 100,000 hectares per day, a fleet of ten aircraft could do the job in four years at US$250 million, or just 5% of pledged REDD + funding.”