by Morgan Erickson-Davis on 9 September 2014

Once plentiful on a tiny coral atoll in the Indian Ocean, the Aldabra banded snail (Rachistia aldabrae) was declared extinct in 1997 as one of the world’s first recorded direct casualties of climate change. But last month, a monitoring team found a population on one of the atoll’s islands, surprising the team and giving hope that other species whose habitats are being degraded by climate change may still be able to cling to existence.

The snail was named after the Aldabra atoll, a UNESCO World Heritage Site that is part of the island nation of Seychelles, the capital of which lies 1,500 kilometers (932 miles) off the coast of Southeast Africa. It was declared extinct in a paper published in Biology Letters in 1997 after extensive searches turned up no evidence of the species’ existence. But on Aug. 23, a staff member with Seychelles Islands Foundation (SIF) – the organization tasked with management and protection of Aldabra – chanced upon a peculiar snail on a native tree on the island Malabar. 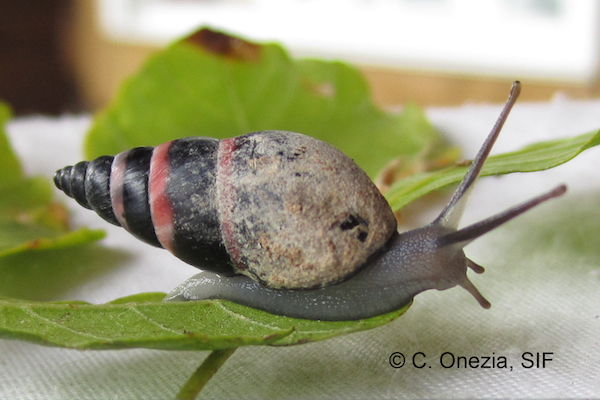 “I was bush-bashing through the scrub when I spotted a mysterious snail that I’d never seen before on the island, I was very excited!” Junior Skipper Shane Brice told the Seychelles News Agency.

“When Shane showed me the snail I thought deep down, surely it can’t be the endemic snail!” Onezia told the Seychelles News Agency. “I only dared to believe it once I checked it out back at the office.”

Scientists have linked human-caused climate change to shifting rain patterns in the Seychelles. In particular, the Aldabra Atoll has dried out significantly in the past few decades, wiping out suitable habitat for the moisture-loving snails.

“Decreases in rainfall would have reduced the length of activity periods,” writes Oxford University biologist Justin Gerlach in his 1997 paper that declared the species extinct. “This may not have been a major additional cause of mortality to adults, but the small juveniles would be less able to tolerate the desiccation. Consequently, long dry periods would be expected to reduce reproductive success, with complete failure in prolonged dry periods.” 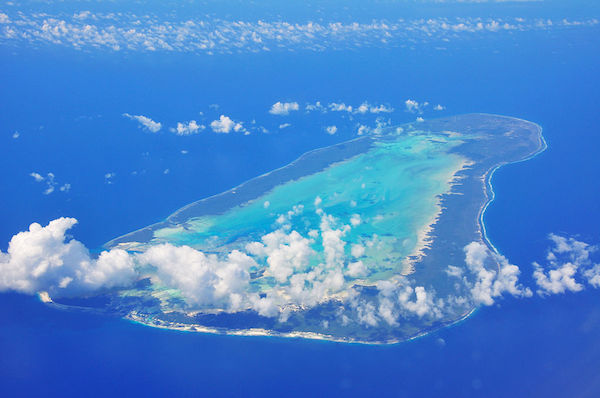 Aldabra atoll forms the largest lagoon in the Indian Ocean. The snail was rediscovered on Malabar, its second-largest island. Photo by Simisa.

Since Brice stumbled upon the first individual, several other Aldabra banded snails have been found — including juveniles, which hadn’t been seen since 1976. While the discovery gives hope that a self-sustaining population still exists on the island, the species is still under heavy threat from climate change. According to SIF, the species’ rediscovery gives scientists and conservationists an “incredible second chance to protect and study this historical species in the wild and ensure that it is not lost again.”

The find also gives hope for other island species on the precipice of extinction, according to SIF Chief Executive Officer Frauke Fleischer-Dogley.

“I hope that those of the international community, who are meeting at the third international conference on small island developing states, take note that their investment is needed to generate such success,” Fleischer-Dogley told the Seychelles News Agency. “Nature has a resilience that may surprise us.”