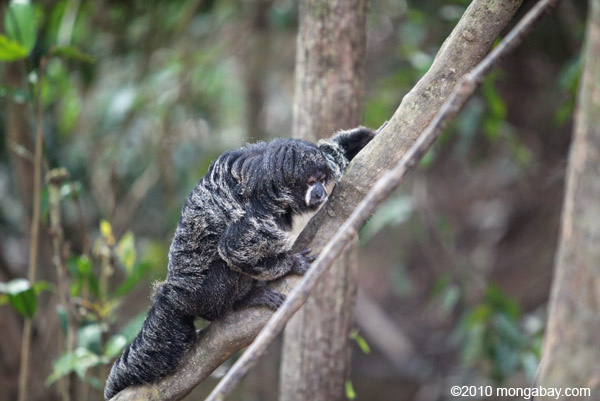 While saki monkeys may be characterized by floppy mops of hair that resemble the worst of human toupees, these acrobatic, tree-dwelling primates are essential for dispersing seeds across the vast Amazon landscape as they primarily dine on fruit. After long being neglected by both scientists and conservationists, a massive research effort by one intrepid researcher has revealed the full-scale of saki monkey diversity, uncovering five new species.

“I began to suspect there might be more species of saki monkeys when I was doing field research in Ecuador,” Marsh said who published her findings in Neotropical Primates, which is published by the IUCN’s Species Survival Commission’s Primate Specialist Group and Conservation International (CI).

“The more I saw, the more I realized that scientists had been confused in their evaluation of the diversity of sakis for over two centuries.”

During the 18th and 19th centuries, scientists discovered seven saki monkey species; four more were named in the twentieth century, for a total of 11 species. But Marsh’s study, which runs to over 160 pages, increases the family’s diversity by 45 percent for a grand total of 16 proposed species.

“Saki monkeys, like many rain forest primates, are excellent indicators for the health of tropical forest systems,” said Russell Mittermeier, primatologist and President of CI. “This revision of the genus shows clearly how little we still know about the diversity of the natural world that surrounds us and upon which we ourselves depend so much.”

Mittermeier was honored by one of the new species being named after him: Mittermeier’s Tapajós saki

Compared to many of the world’s primates, saki monkeys have been little studied making it difficult to know if any of the species are threatened with extinction.

“A great deal of research needs to be done on existing populations, the limits of their distributions, and the human impacts they face before we can confidently report on their status,” Marsh writes in her paper.

Yet, as a family, saki monkeys face a variety of threats.

“[Saki monkeys], like all South American primates, suffer from the effects of region-wide habitat disturbances, including
fragmentation of their habitats and hunting. Sakis are hunted throughout their range for subsistence, pets, trophies (e.g., as a
tourist trade commodity in Ecuador as ‘shrunken heads,’), and their tails used as ‘feather dusters’ or their skins for hats,” Marsh writes.

Yet she hopes that her new study will help push for new conservation efforts.

“Ultimately, the goal is to conserve as many saki species in the wild as possible, and that is only achievable with a working taxonomy. My rationale for this work was to ‘tame the madness’ of [saki] taxonomy, not to perfectly corroborate every specimen or living saki out there,” she adds.

The saki family is not the only primate groups that’s being re-written.

“In the 1980s, people believed that there were about 180 species of primates worldwide. Thanks to the dedication and skill of researchers such as Laura Marsh, today we have a clearer understanding of the diversity of the mammalian Order that gave rise to our own—496 species, and counting,” said Anthony Rylands, a Senior Researcher with CI and Deputy-Chair of the Primate Specialist Group, who also got a new saki named after him: Rylands’ bald-faced saki.

The world’s saki monkeys in order of discovery, according to new paper: 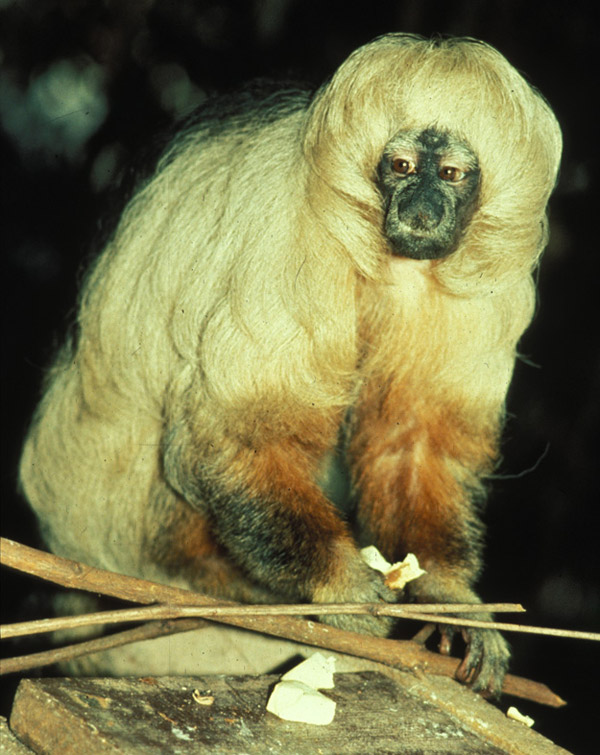 A male buffy saki (Pithecia albicans) on the Rio Tefe, Amazonas, Brazil. Studying saki monkeys is further complicated by variations in males and females of each species. Photo by: © Conservation International/photo by Russell A. Mittermeier. 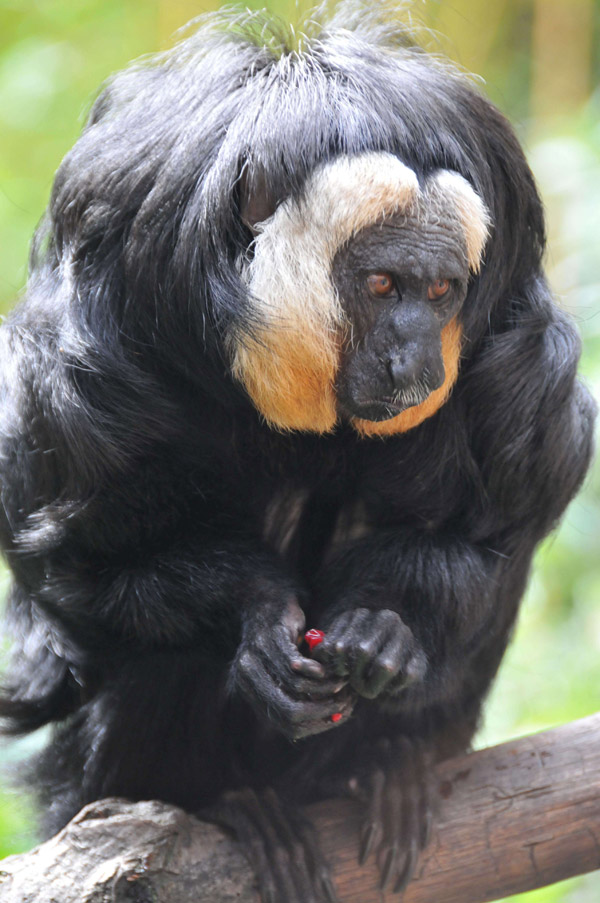 Male white-faced saki in captivity. Photo by: © Conservation International/photo by Russell A. Mittermeier.

(09/01/2014) September 1 is World Primate Day, a designation intended to raise awareness about apes, monkeys, and prosimians like lemurs, lorises, and tarsiers. Many non-human primates are threatened by habitat loss, the pet trade, and hunting.

(08/21/2014) Despite some media reports, scientists have not yet discovered a new species of big-eyed, nocturnal primate—known as tarsiers—in the Philippines. Instead what they have discovered is an intriguing population that is genetically-distinct even from nearby relatives, according to a new open-access paper in PLOS ONE.

(08/19/2014) August 19 is World Orangutan Day, a designation intended to raise awareness about the great red ape, which is threatened by habitat loss, the pet trade, and hunting. Once distributed across much of southeast Asia, today orangutans are only found on the islands of Borneo and Sumatra. Both species of orangutan — the Sumatran and the Bornean — are considered endangered.

Monkeys use field scientists as human shields against predators

(07/22/2014) If you’re monkey—say a samango monkey in South Africa—probably the last thing you want is to be torn apart and eaten by a leopard or a caracal. In fact, you probably spend a lot of time and energy working to avoid such a grisly fate. Well, now there’s a simpler way: just stick close to human researchers.

(06/16/2014) Experts have added 817 species to the threatened categories of the IUCN Red List in the latest update. Those added include 51 mammals—mostly lemurs—and over 400 plants. The new update finds that over 90 percent of lemurs and 79 percent of temperate slipper orchids are threatened with extinction.