Commentary by Daniel Nepstad on 22 September 2014

Editor’s Note: The following is a response from a group of scientists’ — including 6 members of the National Academy, 3 IPCC Lead Authors, and 1 IPCC Co-Chair — to Dr. Nadine Unger’s September 21, New York Times Op-Ed, “To Save the Planet, Don’t Plant Trees” 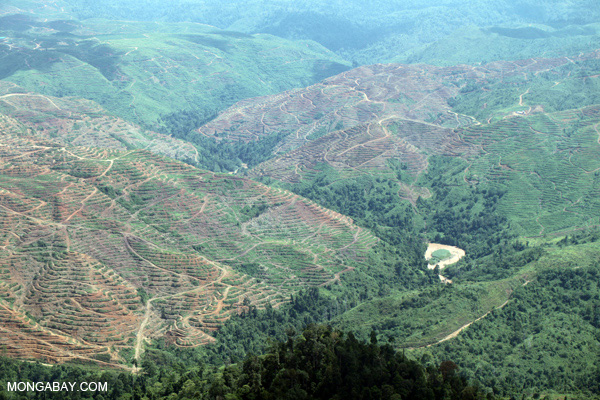 Deforestation for palm oil production in Malaysia. Photos by Rhett A. Butler

One of the biggest near-term opportunities to mitigate climate change is to slow
down deforestation and forest degradation in the tropics, where the lion’s share
of the world’s forest loss is taking place. Brazil has reduced deforestation rates in
the Amazon region by 70%, for example, keeping 3.2 billion tons of carbon
dioxide out of the atmosphere since 2005 and elevating this nation to global
leadership in climate change solutions. In a recent Op-Ed (“To Save the Planet,
Don’t Plant Trees”, New York Times, September 20), Assistant Professor Nadine Unger of
Yale School of Forestry & Environmental Studies claims that the scientific
evidence that slowing deforestation or planting trees mitigates climate change is
weak. We strongly disagree.

1) Forests have a cooling effect on our climate because they store vast amounts
of carbon in tree trunks, branches, leaves and soil. They keep this carbon out of
the atmosphere for as long as they remain healthy, intact forests. If they are
cleared or degraded, there is a net flow of carbon to the atmosphere, contributing
to climate change. Slowing forest clearing and degradation is precisely the focus
of the UN’s mechanism for encouraging tropical nations to reduce emissions from
deforestation and forest degradation. Unger’s statement confuses this
fundamental aspect of forest carbon dynamics. 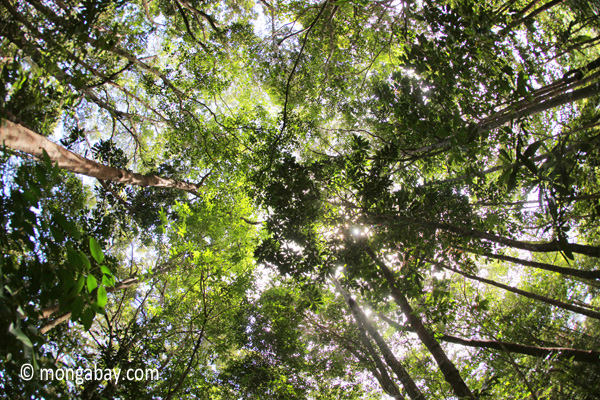 2) Forests also cool the atmosphere because they convert solar energy to water
vapor, which increases sky albedo (or reflectivity) via cloud formation. This effect
is particularly strong in the tropics, where the UN mechanism is focused. Unger
neglects to mention this effect. She correctly points out that forests often reflect
less solar energy than snow, rock, grassland or soil, but ignores the effect of
forests on increasing the albedo of the sky above the land, which is the stronger
effect in the tropics.

3) Unger’s recent global study of deforestation suggests that the removal of trees
reduces emissions of naturally-occurring chemicals called biogenic volatile
organic compounds (BVOC). Although Unger opined that BVOCs cause global
warming, her science indicates that BVOCs have anywhere from a cooling to a
warming effect. Her study also found that any potential cooling effect generated
by reducing BVOC emissions through tree removal is outpaced by the larger
warming effect of carbon emissions from deforestation. 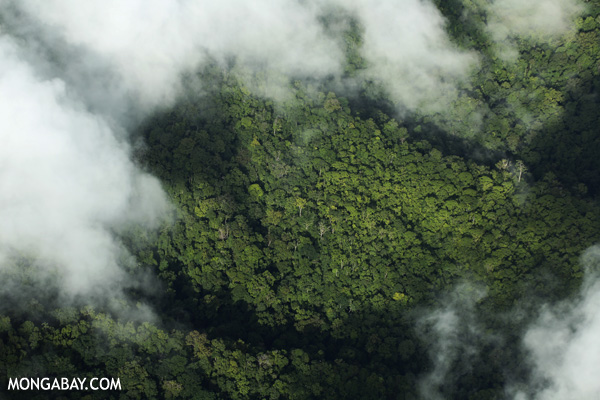 Tropical forests provide a cooling effect through the long-term removal of carbon
from the atmosphere and by increasing sky albedo via cloud generation. This
week’s UN climate negotiations include the continuing and critically important
effort to slow the clearing and degradation of tropical forests as a cost-effective
contribution to climate change mitigation. The scientific basis for this important
piece of the solution to climate change is solid. We strongly disagree with
Professor Unger’s core message. We agree, however, with her statement that
the protection of forests offers “unambiguous benefits to biodiversity”.