Rhett A. Butler, founder of mongabay.com.

The Field Museum has honored Rhett A. Butler, the founder of mongabay.com, with this year’s prestigious Parker/Gentry Award. The award is giving annually to an “individual, team or organization whose efforts have had a significant impact on preserving the world’s rich natural heritage and whose actions can serve as a model to others,” according to the museum.

“Via Rhett’s tireless efforts and vision, Mongabay has become one of the preeminent environmental websites in the world. For me, it is simply the most important and indispensable source of timely, topical information on forests and ecosystems globally,” said William Laurance, a distinguished tropics scientist with James Cook University, who is unaffiliated with the award.

Butler founded mongabay.com in 1999 as an informational website on the world’s tropical forests. But things soon took off from there. Today, the website attracts over two million visitors a month and includes a well-respected news service with reporters around the globe, a children’s site available in almost 30 languages, and tens-of-thousands of images from Butler’s reporting trips.

Mongabay is named after an island off the coast of Madagascar, Nosy Mangabe, which is home to the bizarre and endangered lemur, the aye-aye. The island, and Madagascar in general, are favorite places of Butler’s. He also runs the site WildMadagascar.org, which celebrates the wild diversity of this hottest of biodiversity hotspots. 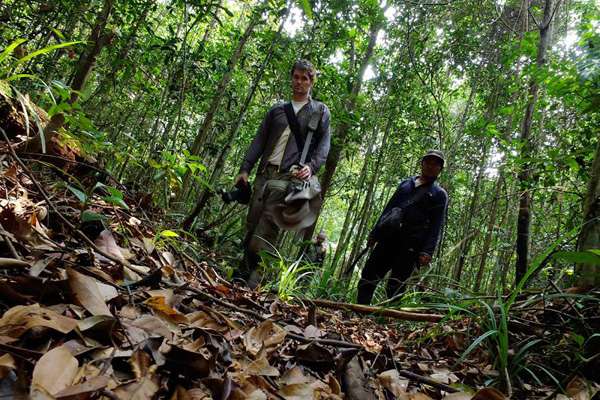 Butler in Riau Province of Indonesia. Photo by: Aji Wihardand.

In 2012, Butler founded mongabay.org, a non-profit dedicated to developing journalism and education programs related to environmental and forest issues. In the same year, Butler kicked off Mongabay-Indonesia, an Indonesian-language news source that is independently run by local staff. Indonesia is one of the world’s hotspots in both biodiversity and forest destruction, making local coverage of forest and wildlife issues hugely important.

The selection of Butler is especially notable since this is the first time in its 18 years that the Parker/Gentry award has been given to someone working in the media.

The award is named after the late Theodore A. Parker III and Alwyn Gentry, both highly-respected scientists and conservationists.

“The Parker/Gentry Award is one of the most highly prized in conservation,” said Steve Cornelius, a program officer with MacArthur Foundation.

Theodore Parker was an ornithologist who was considered among the world’s best birders, while Alwyn Gentry was a renowned botanist who developed a special transect method named after him. Both men were killed in a plane crash in 1993 while surveying forests in western Ecuador for Conservation International. 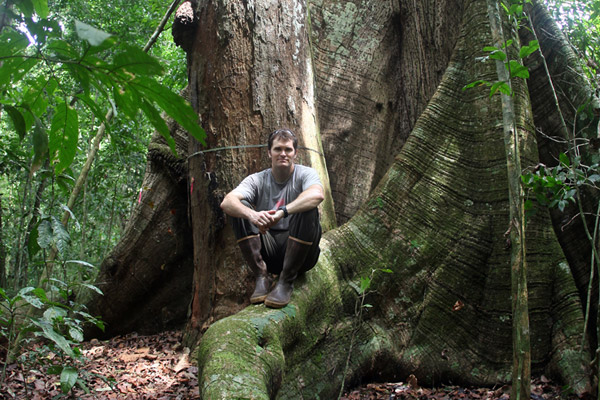 “Rhett Butler is a lot younger than Parker and Gentry, but he shares three of the hallmarks that made them so unique: a stupendous production, the impression of being everywhere on the front lines at once, and the grit to try—and pull off—something that no one has ever done,” said Nigel Pitman, a senior visiting scientist at the Field Museum. “In Rhett’s case, it’s building from scratch the premier online clearinghouse for the world’s tropical forests.”

Butler grew to love rainforests and wildlife after visiting a number of them in his youth. But it was his experience in Malaysian Borneo that was the catalyst for mongabay.com. Eight weeks after visiting a pristine rainforest on the island, where he watched a lone male orangutan swinging from the trees, Butler learned that the entire forest had been pulped for paper.

“Despite my few years in the forest, this was not the first time I had lost such a special place, nor will it be the last,” Butler wrote, but added that such losses don’t make him hopeless. “Using our intelligence and ingenuity, the human species can preserve biodiversity and unique places for future generations, without compromising the quality of life for present populations.” 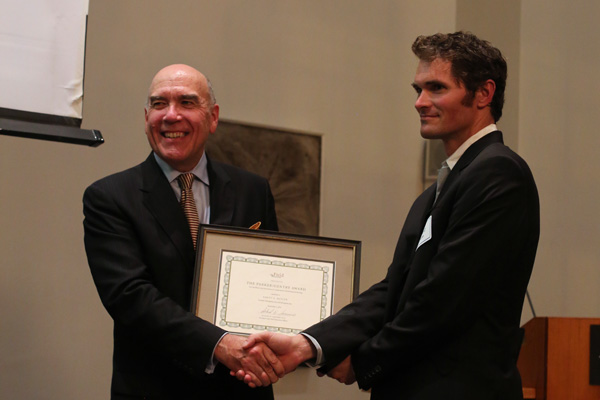 Field Museum President and CEO Dr. Richard Lariviere presenting the Parker/Gentry Award to Rhett Butler during a ceremony on September 3, 2014.

“It is a tremendous honor to receive this award and it means so much to come from an institution as distinguished as the Field Museum,” Butler said during his acceptance speech Wednesday at the Field Museum. “Thank you to the museum for this unexpected recognition.”

“Ted Parker and Alwyn Gentry were giants in their fields. Conservation suffered an incredible loss when their plane went down 21 years ago,” Butler added. “While field biologists obviously have a key part in conservation efforts, everyone has a role to play in moving toward a better future for the world’s wild lands and wildlife. Whether you’re a banker, teacher, artist, computer programmer, or scientist doesn’t matter. Conservation needs your talents and passion.”

In addition to his work with mongabay.com, Rhett has also co-founded an open source journal, Tropical Conservation Science, and a social network for those working in the tropics in the San Francisco Bay Area. Butler is also the author of a book entitled RAINFORESTS.

“In my view, Mongabay has transformed environmental reporting—the diversity, depth, and quality of its reporting, especially for the tropics, are truly exceptional, added Laurance. “Since its founding in 1999, Mongabay has become not just a news source, but a highly respected institution for advancing our understanding of nature and the global environment.” 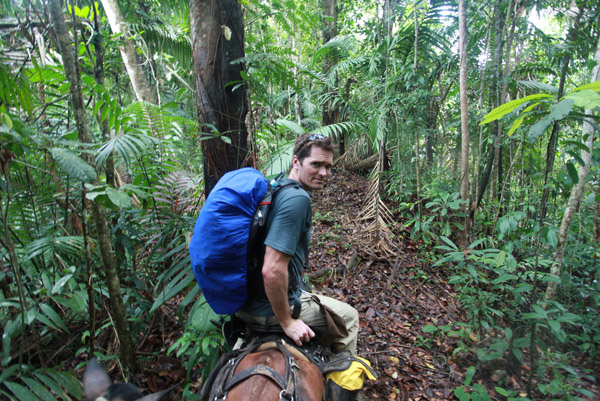 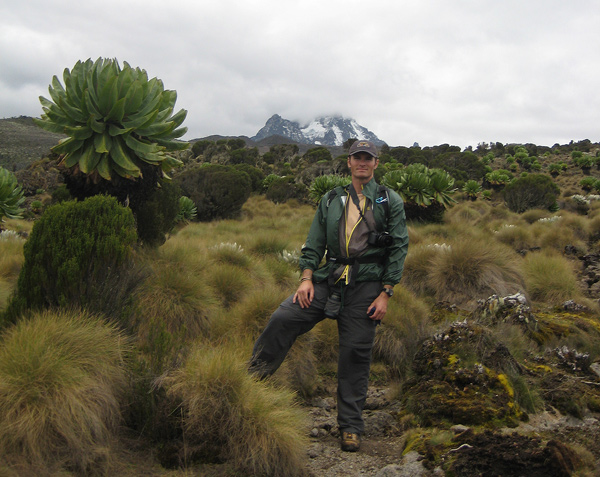 (08/28/2014) A criminal organization involved in the illicit deforestation of large portions of Brazil’s forests has been stopped, with at least six members of the organization arrested as of Aug. 28 and warrants issued for others. The gang has been accused of committing crimes worth over $220 million.

(08/27/2014) Roads make it possible to bring goods to market, to get to the office, to log a forest, to hunt its wildlife. Without roads, human society as we know it could not exist. However, to build roads, trees must be cleared and swamps drained, shrinking valuable wildlife habitat and fragmenting populations in the process. A new study unveils an innovative map that defines which areas of the world would be best used to build roads – and which should be left alone.