Commentary by Erik Meijaard on 14 September 2014 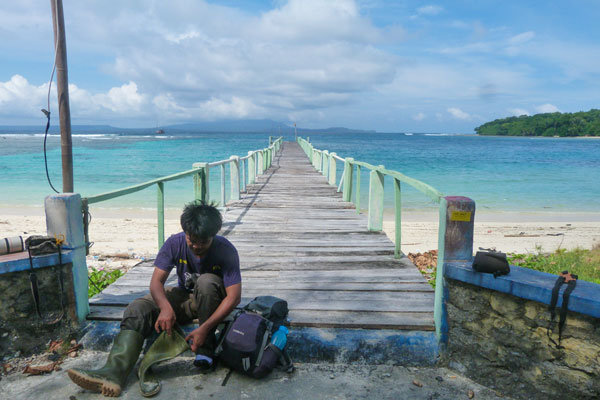 All photo by Marc Ancrenaz and Ade Rachmat

As our boat sailed towards the forest-clad island, I had no idea what surprise awaited me…

A few months ago I was asked to conduct a wildlife survey on a rarely visited island somewhere in Indonesia. For reasons explained below I will not disclose its name. Suffice to say it is one of the thousands of Indonesian islands without people on it. In terms of the wildlife I saw, the absence of people really showed.

I have worked in Indonesia as a conservation scientist and practitioner for over 20 years. This work has taken me to some pretty amazing places, a few of them really remote. But this recent visit to the forgotten island stands out as one of the most remarkable. 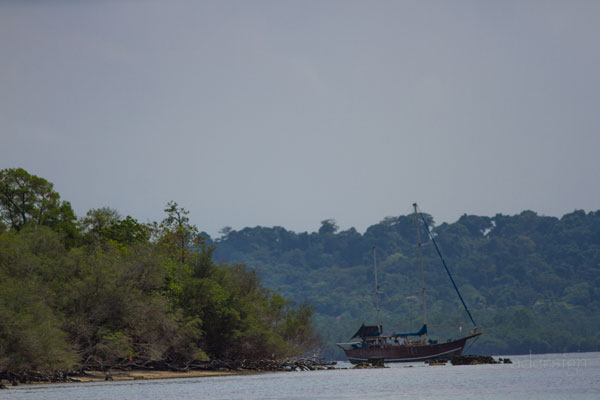 Probably because there are no people and there is thus no hunting on the island, wildlife was very common. I went for a day-time hike, expecting not to see much at all. In most Indonesian forests, and especially those that are hunted, animals hide during the day and come out to feed at night. Not on this island.

Within 10 minutes I saw 4 species of large and medium-sized mammals that would normally be very hard to see. I didn’t just see the animals, the animals saw me too. And they simply looked, without quite knowing what to make of me. Clearly, the concept of being shot at was entirely foreign to them, unlike their brothers and sisters elsewhere in Indonesia.

We found a huge python, curled up among the stilt roots of a large tree. This species appears to be the main predator on the island, gorging itself on the abundant wildlife. 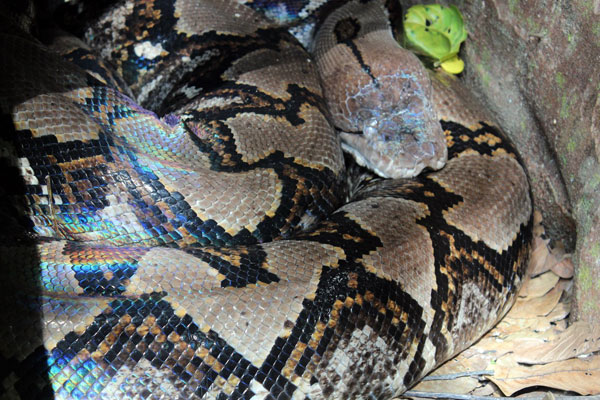 The trees themselves were remarkable too. There was no sign of logging, no tree stumps, or big open gaps. Just giant pillar-like trees, such as those described in the naturalist literature of the 19th century.

The whole experience was breathtaking. I had no idea that such places still existed in Indonesia. What an amazing thought it is to realize that much of the country once looked like that.

For obvious reasons I am keeping quiet about the name and location of the island. It would take a group of well-equipped hunters a few weeks to shoot every single docile and naïve animal on the island and capture its birds for the markets. This is what is happening pretty much everywhere else in Indonesia, including in the remotest corners of Borneo, Sumatra, Sulawesi and Papua.

The timber would also be attractive as it would generate some nice income to feed local hungry mouths or finance a new Lamborghini. 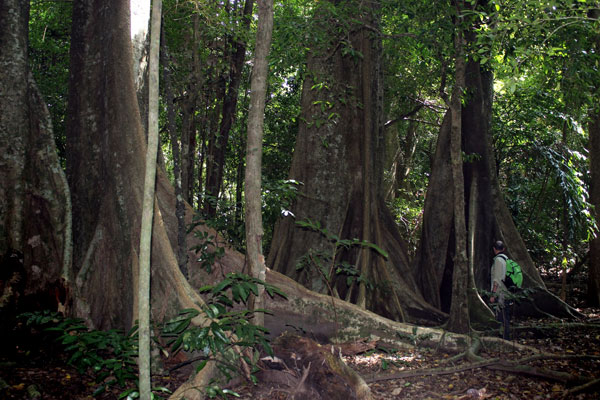 Unfortunately, I cannot really hope that reporting the island to the conservation authorities would help much. Understaffed, under-budgeted and inefficient as these are, by their own admission, elsewhere in Indonesia’s, there wouldn’t be much hope that the island could be effectively managed and its wildlife saved, if a threat materialized.

So what to do? It is a bit of a risky strategy to leave the island alone, in the hope that no one will notice its abundant resources, or uncharacteristically decide not to touch them.

Ideally, some very rich person would show up and invest the few million dollars that would be required to get the management rights to the island, and set up effective management structures to deal with threats. Maybe some welcome cash could be made through a carefully and professionally managed ecotourism set up. The certainty to give visitors an up close and personal experience with some amazing wildlife would be a selling point that few eco-tourism places in Indonesia can offer.

Beyond saving the forgotten island’s wildlife, successful management would be a real example for conservation efforts elsewhere. It is not that conservation is impossible in Indonesia. What is often lacking is the commitment, vision, capacity and funding to do it well.

If people could see with their own eyes that conservation in Indonesia can be successful, and understand how cool it is to see the country’s fantastic wildlife, societal support for conservation would grow. Most Indonesians, especially those in cities, probably know all but nothing about the biological riches of their country. But don’t forget that this country is the second-most important in the world for wildlife conservation, and extremely worth saving.

It is high time for Indonesia to get on top of its environmental and conservation challenges. The forgotten island and other species-rich corners of the country, show how much can still be saved, and how important it is to do it now.

And just in case the authorities are going to force me to reveal the location of the island, I hereby admit that my trip to the forgotten island and its magical wildlife was just a silly dream of a nostalgic foreigner.

And for those investors who like me believe in dreams, send me an email and we can see if there is scope for collaboration. 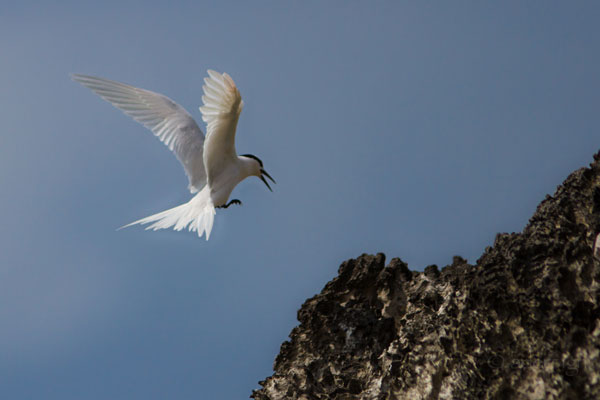