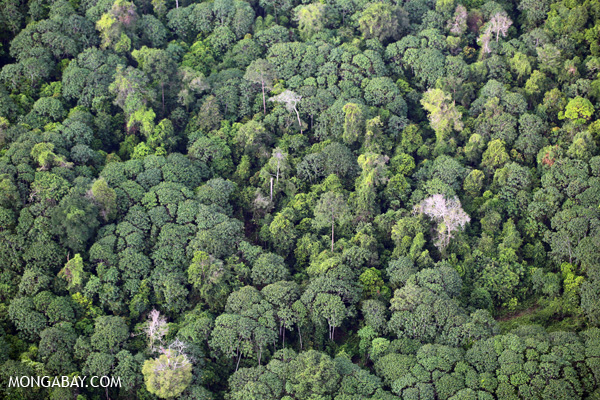 Rainforest and smallholder jungle rubber in Sumatra. Photo by Rhett A. Butler

The Indonesian government has declared it will verify ownership of 66.3 million hectares of disputed forest land by the end of the year. Through the development of a Recognition and Verification of Rights scheme (PPH), the Forestry Department will inventory and evaluate the status of all government land where indigenous people and other groups hold conflicting claims of ownership. Indonesia currently considers 122.2 million hectares of forested land—almost 64% of the country—to be state-owned. They hope to resolve all conflicting claims to the area by the end of 2015.

“Our main target is to have accurate data on forested land ownership by 2015,” Muhammad Said, the Spatial Planning Director at the Ministry of Forestry told reporters last week. “During the process of mapping the forest, the rights of all legitimate third-parties must be respected. These lands should not be considered part of the [state] forest.”

Many indigenous groups believe that the forested areas they have customarily used—often for generations before the country of Indonesia as we now know it existed—rightfully belong to them. Despite these claims, the government has historically granted outside companies logging, mining, or other development permits without consulting the local communities.

Last year, the Constitutional Court ruled that traditional use forests were not to be considered part of the government’s holdings. However, the Forestry Department effectively ignored that decision by stating the department would only consider claims backed by documents proving ownership—a nearly impossible requirement for many claimants. 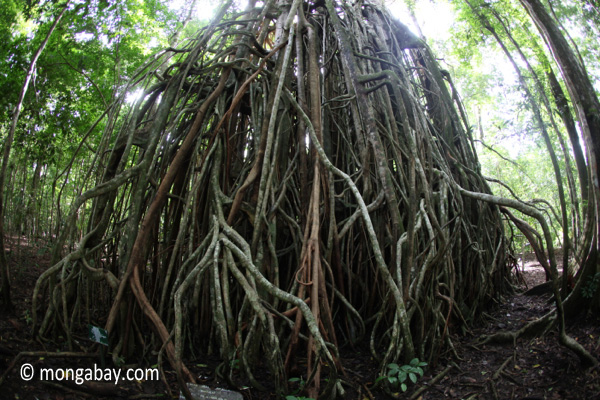 Strangler fig roots in a rainforest in Java. Photo by Rhett A. Butler

Marking a reversal of that position, the Forestry Department announced last week they would establish protocols to verify land claims that do not originate from written documentation.

“Constitutional court ruling 35 was clear,” Said stated, “[traditional use] forests are not to be considered government forest, but they must still be protected under the law. The process of determining forest boundaries is not just a matter of installing markers, but rather sorting out the claims of third-parties.”

Said continued to say the PPH process being developed will provide a mechanism to consider claims that do not originate from a written documents, and that proving the validity of claims will be done by a competent authority who will consider all stakeholders.

“Before, we required a certificate of land ownership, however, there is not always a certificate available proving land rights,” Said said, “In the next few days, we will develop a mechanism for PPH. There have been setbacks in the past. However, now we have the “One Map”, and it is important for us to focus on resolving the issues.” 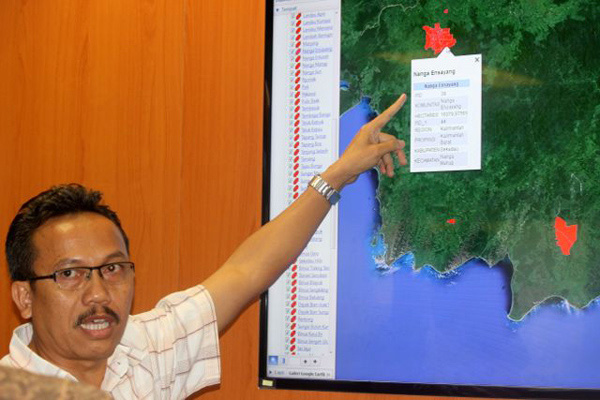 Kasmita Widodo from the Indigenous Territory Registration Board (BRWA) shows a map of indigenous territories in West Kalimantan that has been submitted to BIG. Photo: Sapariah Saturi

This announcement comes on the heals of the soft-launch of the Participatory Map project by Indonesia’s Geospatial Inventory Agency. The publicly editable version of the Indonesia’s “One Map” allows users to add features and boundaries they feel are missing. Indigenous people are encouraged to define the extent of their land claims on the site: petakita.ina-sdi.or.id/pempar

The “One Map” initiative seeks to take the multiple conflicting land maps used by different agencies throughout Indonesia and integrate them into one, definitive spatial planning map with all information about licensing and land claims.

“There are many figures showing the forest area in Indonesia,” explained Giorgio Budi, a coordinator of the Presidential Working Unit for Supervision and Management of Development, “but each version is different. Nothing is clear. This creates many opportunities for corruption in the forestry sector.”

“Through these participatory mechanisms, we will confirm the forest regions,” he said, stating that Indigenous people are welcome and encouraged to be involved.

Image from the Participatory Map project.

Myrna Safitri, director of the Epistema Institute, a legal and environmental think tank in Jakarta, is cautiously optimistic. Although the development of PPH and other participatory mechanisms is important to prevent more conflicts, she points out that there has been lots of talk in the past about this issue, but very little action.

“The public must get full and fair information,” Myrna said. “There must be thorough explanation and familiarization with the process.”

She points out that in some areas where Indigenous people can not read the national language, it is not enough for the government to simply put up signs laying claim to an area, then assume they are legitimate if nobody complains.

For any PPH mechanism to be fair, legal and just, she says, it must provide capable communicators who are able to explain the process to indigenous people and other third parties who wish to submit claims to an area. In addition, there must also be some means to guarantee the rights of indigenous people to their land should disputes arise again in the future.