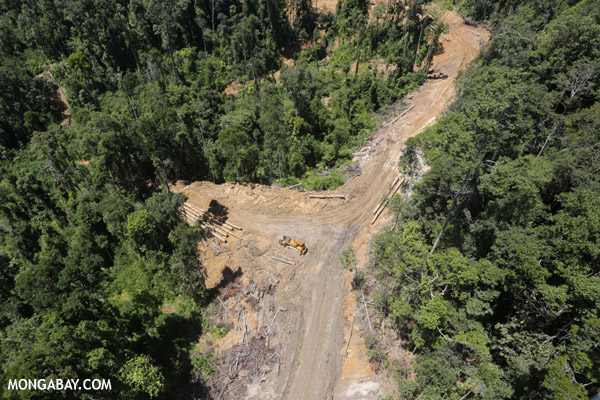 Industrial logging operation in Malaysian Borneo in 2012. Photos by Rhett A. Butler.

The Forest Stewardship Council (FSC), a body that sets social and environmental certification criteria for forestry products, is weighing measures that could step up protection for old-growth forests and make it easier for indigenous people and traditional forest communities to qualify for certification. The measures are set for a vote this week at the body’s General Assembly, which is held every three years to establish and revise criteria that underpin the standard.

The motions — two of 43 proposed for the meeting — are significant because they target two controversial areas under the certification standard. On the social front, some groups have complained that the cost of FSC certification effectively excludes smallholder participation, making it difficult for community forestry projects to sell certified products which typically earn a premium to non-certified goods. According to the motion, that constituency is important: 40% of remaining native forests are in indigenous territories. [Update: this motion passed on 9/11].

FSC’s certification of logging operations in old-growth forests has also been highly controversial among environmentalists. While FSC bars conversion of forests classified as having “high conservation value” (HCV) — including “rare old growth” — green activists have been campaigning for years to broaden the definition to include forests that haven’t been previously logged. Motion 65 — set for vote today or tomorrow — was proposed by Greenpeace to add “intact forest landscapes”, defined by the NGO as “remaining large unfragmented areas within the forest zone, undisturbed by roads or other significant human infrastructure“, to FSC’s definition of HCV. To pass, the motion would need support from FSC members across the body’s three chambers – social, environmental, and economic. 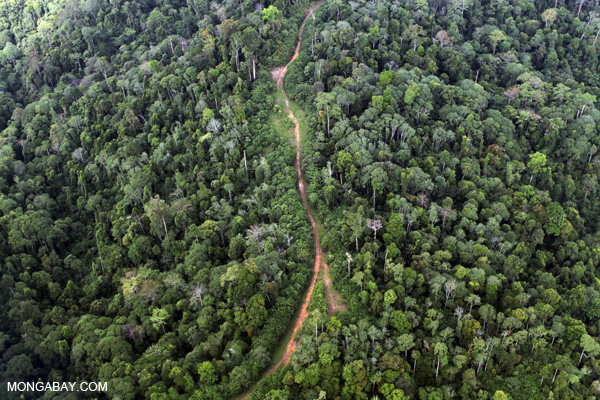 Logging road in Borneo. A number of studies have shown that selectively logged forests face higher deforestation risk relative to intact forests due to proliferation of roads that facilitate agricultural conversion and increase fire vulnerability. As such, there is a strong push in the environmental movement for prohibition of timber extraction in old-growth forests.

If Motion 65 were to pass, implementation may require changes in what information FSC collects. For example, currently FSC does not track how much product comes from primary forest, according to the organization.

“Certified companies are required to meet FSC standards, but only share product and volume data with their certification bodies, not with FSC or the general public,” Brad Kahn from FSC-US told mongabay.com. “Typically this information is considered proprietary.”

FSC also doesn’t presently have GIS data for certified forests, making it difficult to evaluate the extent to which logging operations affect intact forest landscapes, data for which were recently published on Global Forest Watch, a platform run by World Resources Institute. 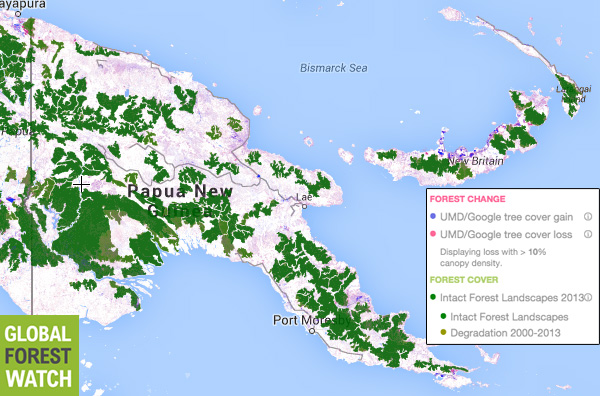 “In some cases, landowners have GIS capabilities, in other cases they do not. as a result, we cannot evaluate FSC certified forests overall without GIS polygons of ownerships and management units,” said Kahn. “We can work with specific certificate holders in partnership, but not systemwide.”

FSC says it is evaluating use of satellite technology through its transparent forests program. 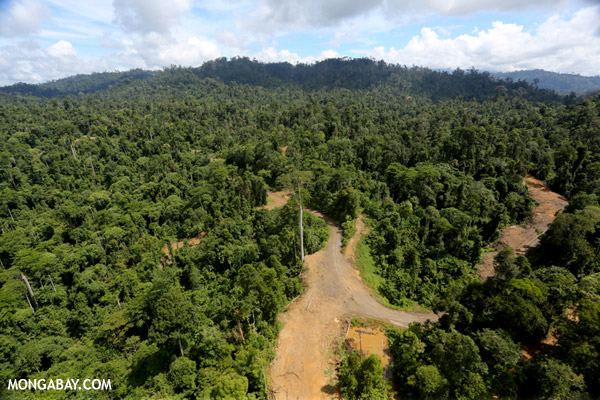 Logging in Malaysia. A study published in Current Biology in July concluded that ecological impacts of logging on biodiversity are inversely proportional to logging intensity.

Beyond old-growth forests and indigenous peoples’ participation, a range of other issues are under discussion at the General Assembly, including the use of genetically modified trees in plantations and ways to increase FSC’s transparency and credibility. Each chamber tends to have its own priorities, according to Kahn.

The social chamber is focused on “[creating] a working group and [exploring] ways to improve the quality and stakeholder confidence in forest certification processes to maintain and/or improve the credibility of FSC system”, while the environmental chamber is concentrating on fast-tracking implementation of a measure from the 2011 General Assembly on restoration and conversion, “including what an organization that has converted forest post 1994 needs to do to be FSC certified.”

And finally the economic chamber’s top priority is getting the organization to carry out a comprehensive review of its governance structures, which last year received some high-profile criticism.

The FSC meeting wraps up on Sunday in Seville, Spain. The next General Assembly will take place in 2017.

FSC has certified some 183 million hectares of forest concessions across 80 countries. More than four-fifths of this area is in North America and Europe.