by Mrinalini Erkenswick Watsa on 10 September 2014

This is the first part of a two-part series. Part II discusses in more detail the proposal’s possible impact on Bolivia’s forests.

On August 14, the Bolivian Vice President, Alvaro Garcia Linera, made a startling announcement: by 2025, Bolivia was going to make two striking developments – first, it would expand all cultivated land to 2.5 times its present area, and second, it would triple food production from 15 to 45 million tons.

This announcement has come as somewhat of a shock to most, particularly when considered in light of Bolivia’s strong stance on sustainable land use – Bolivia is famous for refusing to commercialize climate change, with President Evo Morales opposing even the marketing of carbon stocks through REDD+ programs. 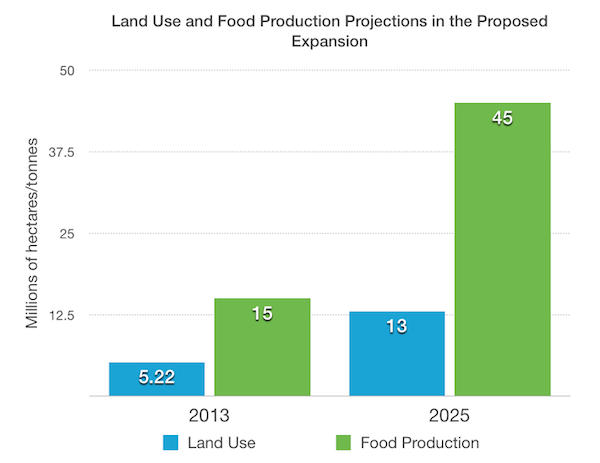 The projected outcomes of the new proposal on agricultural expansion in Bolivia. Graph by Mrinalini Erkenswick Watsa.

In an open letter published in November 2008, President Morales writes “Climate change has placed all humankind before a great choice: to continue in the ways of capitalism and death, or to start down the path of harmony with nature and respect for life.”

In light of these sentiments, Bolivia adopted a landmark policy in late 2012 called the Law of Mother Earth. According to a Center for International Forestry Research (CIFOR) paper by Robert Müller and colleagues, this law “absolutely prohibits the conversion of forest land-use into other uses in live zones suitable for forestry…It also orders [the reclassification of] land-use to prevent the expansion of the agricultural frontier.”

Müller’s detailed analyses of the law, however, reveal several subtle contradictions. For example, although much emphasis is put on the minimizing of the advance of the agricultural frontier, no specific mentions of banning expansion of agricultural land are obvious in the text of the Law. Further, another law (No. 337 on Support to Food Production and Forest Restoration) was also passed in early 2013, and has an implicit objective to promote the expansion of the agricultural frontier. Müller and colleagues thus warn of a disconnect between the lofty ideals of the Morales government and the physical means provided by the same to implement the Law of Mother Earth.

According to Global Forest Watch, Bolivia has more than 65 million hectares of thick tree cover, much of which remains relatively intact. These forests are home to many animals, including the giant otter (Pteronura brasiliensis; listed as Endangered by the IUCN), the spectacled bear (Tremarctos ornatus; Vulnerable), the Pacarana (Dinomys branickii; Vulnerable), and even an isolated population of Andean mountain cats (Leopardus jacobita; Endangered). 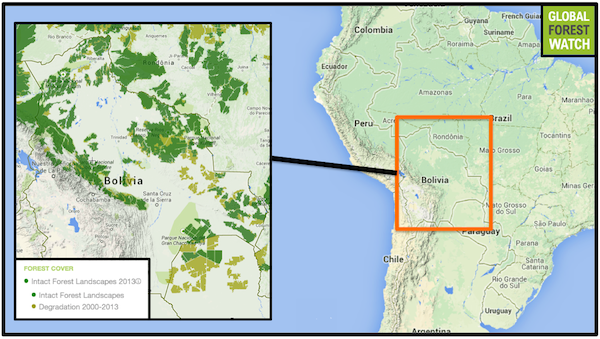 Bolivia still has large tracts of intact forest, but has lost a large proportion since 2000. Map courtesy of Global Forest Watch. 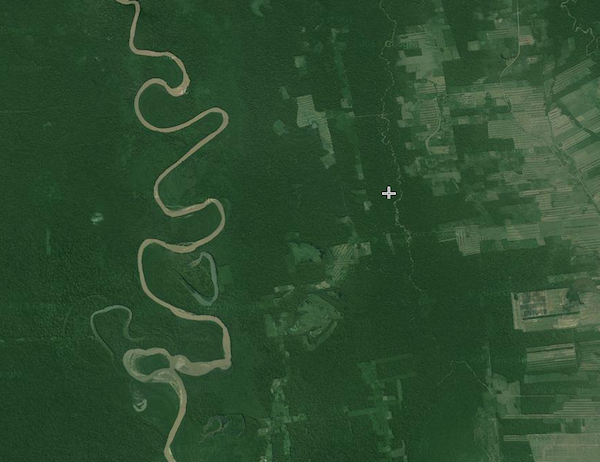 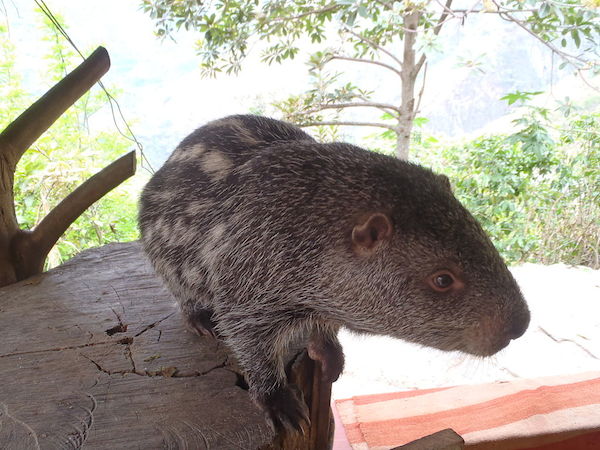 Pacaranas are large, slow-moving, nocturnal rodents that inhabit the forests of northern and central Bolivia. The species is listed as Vulnerable by the IUCN, and is the sole member of the Dinomyidae family. Photo by Benjamin Frable.

In light of this complex history, Bolivia is now facing a novel proposition: an agricultural expansion on an unprecedented scale that may displace valuable forest habitat.

The plan is inspired by the rather prominent stagnation of the Bolivian agricultural sector in comparison to other South American countries, with Chile and Brazil outstripping Bolivia by far.

According to Gary Antonio Rodríguez Álvarez, the General Manager of the Bolivian Institute of Foreign Trade (IBCE), only 11 percent of cultivable land in Bolivia (about 30 million hectares) is currently being used for agriculture. The Department of Santa Cruz supports over 70 percent of all food production, and although it has grown in area (a 1.1-mha increase in the last 12 years), Álvarez claims that this is minimal compared to its true potential.

In fact, in an IBCE report on this joint effort, Alvarez even takes inspiration from Albert Einstein, encouraging Bolivians to change the way do things if they want to see different results. 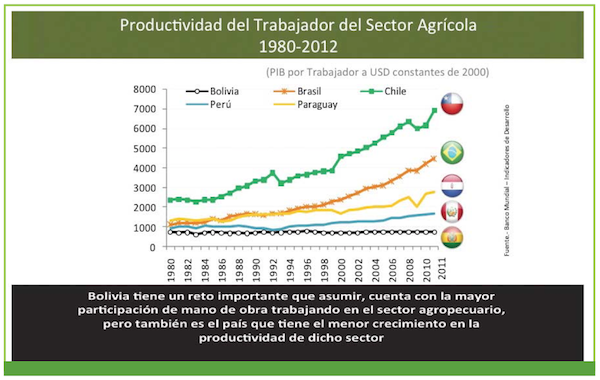 Productivity per worker in the agricultural sector from 1980 to 2012. Bolivia’s trajectory is the flat black line at the bottom of the graph. Graph by Gary Antonio Rodríguez Álvarez, MSc. Economista, the General Manager of the IBCE.