The threat of traditional medicine: China’s boom may mean doom for turtles

For thousands of years turtles have been used in Chinese traditional medicine to treat a wide variety of ailments and diseases. Originally published in the journal Radiata and recently republished HerpDigest David S. Lee and Liao Shi Kun write, “[In Chinese culture] turtles are symbolic of long life, personal wealth, fertility, strength, and happy households.”

Despite a lack of scientific evidence demonstrating a causative link between turtle consumption and medicinal benefits, many people in China believe they provide benefits such as maintaining youthful beauty in women and improving sexual function in men. Because of these beliefs and their symbolic importance, turtles have been highly sought after for more than 3,000 years. However, in recent years, China’s economy has changed in a way that has become increasingly threatening to the country’s wild turtle populations. 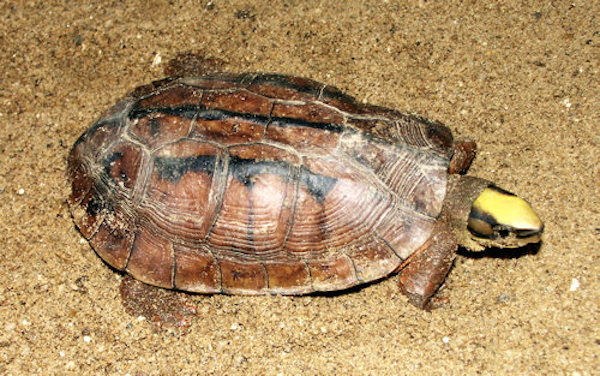 The Chinese three-striped box turtle (Cuora trifasciata) is often targeted for traditional medicinal purposes, and is listed by the IUCN as Critically Endangered. Photo by Torsten Blanck.

The most common species used are the yellow pond turtle (Mauremys mutica), the Chinese three-striped box turtle (Cuora trifasciata), the yellow-margined box turtle (Cuora flavomarginata), the Chinese big-headed turtle (Platysternon megacephalum), Reeves’ turtle (Mauremys reevesii), the red-eared slider (Trachemys scripta elegans) and Chinese soft-shell turtle (Pelodiscus sinensis). Many of these species — including the Chinese three-striped and yellow margined box turtle and the Chinese big-headed turtle — are either extinct or are dangerously close to it in the wild.

In traditional medicine, every last part of the turtle is consumed, including their turtle meat, as well as their skin, heads, eggs, shells and even their blood, urine, and bile. The eggs, blood and bile are all added to wine to provide particular cures, whereas the skin and head are eaten alone. The shell can either be ground into powder or boiled in water, and the urine is used as drops in the ear or consumed as a beverage.

These various concoctions are believed to cure coughs, prolapse of the rectum, deafness, cancer and everything in between. The wide variety of uses as well as the simple fact that they can be transported and kept alive for long periods of time post-capture has made turtles highly desirable ingredients for traditional medicine.

As previously mentioned, turtles have been consumed this way for thousands of years. So why are there suddenly growing conservation concerns when there never were in the past? The problem lies with China’s booming population coupled with a traditional mindset when it comes to medicine.

“Approximately 90 percent of China’s modern day society believes that traditional Chinese medicines work, and are supportive of the exploitation of wildlife for their use,” write the authors. 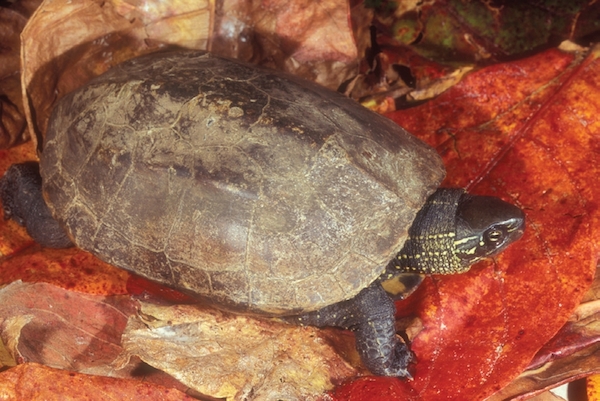 With China’s population at 1.3 billion and growing, demand for turtles is also increasing. On top of population growth, China’s economy has improved greatly in recent years and more families are able to afford turtles, further increasing the demand. In addition to direct harvesting, economic growth has led to urban expansion and consequential destruction of aquatic wildlife habitat and heavy pollution of what remains nearby.

Many commercial turtle farms have been started in an attempt to meet the demand for turtles. But rather than alleviate pressure on wild populations, commercial farming has actually increased it. According to the authors, because of the inherent health issues involved in commercial farming such as the use of hormones and antibiotics, along with the belief that wild-caught and native turtles have the greatest medical benefits, the presence of commercial turtle farms has actually resulted in further exploitation of wild populations.

Because of entrenched cultural and economic factors, the authors believe the exploitation of turtles is not likely to change substantially even in the distant future unless large-scale shifts occur. They speculate that technological and social advancements, along with government intervention, could offer some relief.

“China represents a vast untapped market for prescription drugs and other tested modern medicines,” the authors write. “Perhaps profit driven investments by the pharmaceutical industry will one day result in indirect long-term benefits to the Chinese people as well as turtle conservation. The wide spread use of the Internet presents the opportunity to educate the general populace about modern medicines as well the growing conservation needs of the country’s indigenous iconic fauna.

“With the right level of private sector and government dedication this could all be turned about rather quickly.”