by Mrinalini Erkenswick Watsa on 13 August 2014

In southeastern Nicaragua, abutting the coastal Caribbean town of Bluefields, lie two nature reserves – Cerro Silva and Punta Gorda – that are embroiled in a bitter battle for survival against the speedily encroaching agricultural frontier. The forest is all but decimated here, with disconnected patches whose very existence rests precariously in the hands of its occupiers – both legal and illegal. For centuries the forest survived as the sole home of the Rama and Kriol communities, supporting a wealth of fauna, from the mighty jaguar to the shy agouti. Today, both the fauna and people face a real and ever-present risk of being evicted from the only land they know.

Recent data from Global Forest Watch, an online forest monitoring system created through a partnership with the World Resources Institute, reveal that approximately 16 and 23 percent of forest cover has been lost in the Cerro Silva and Punta Gorda Nature Reserves, respectively, over a 12-year period from 2001 to 2013. These data were generated by a team from the University of Maryland that examined over 600,000 LANDSAT images in 30-by-30 meter pixels to identify areas in which tree heights dropped below five meters. 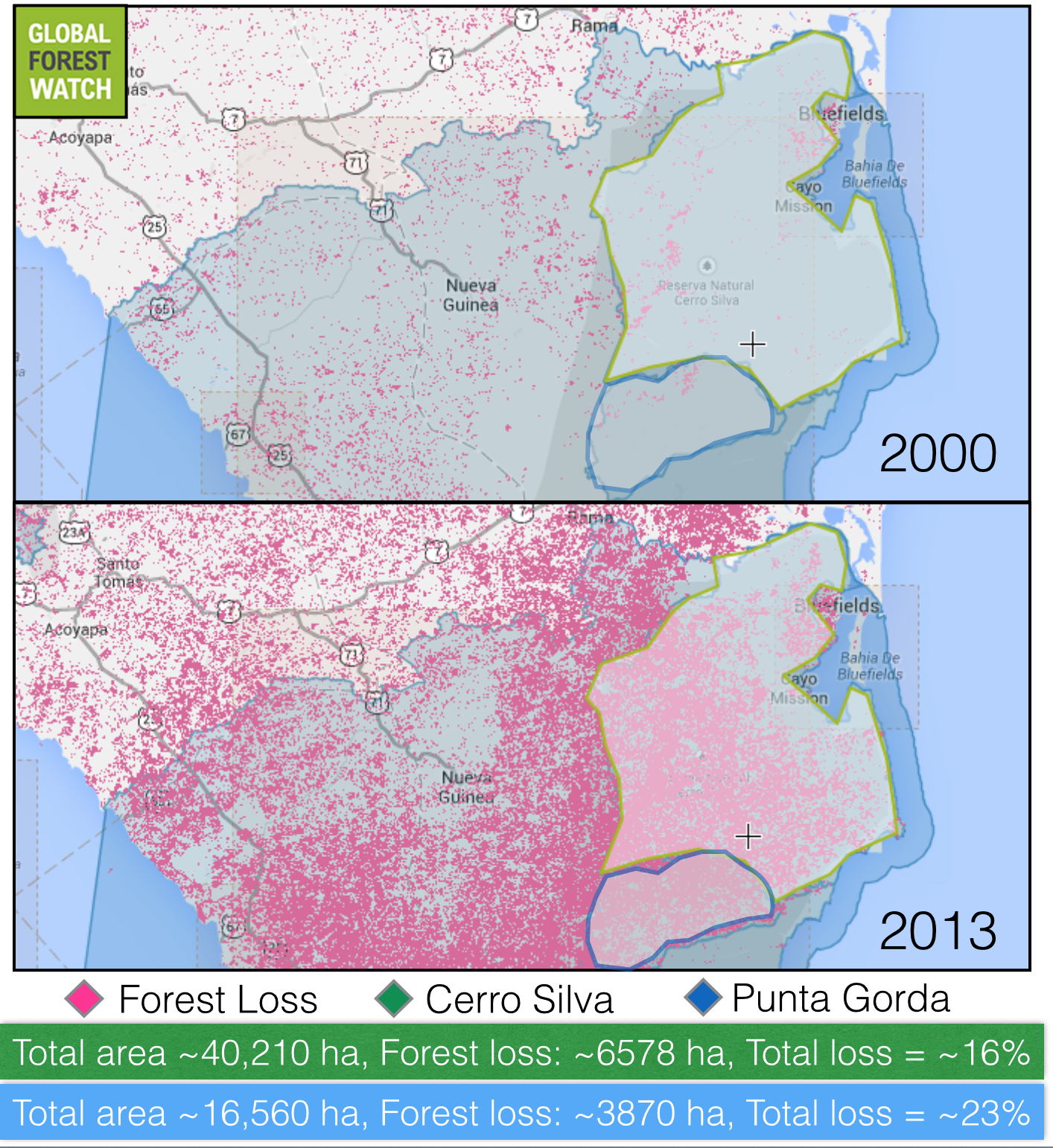 Forest loss from 2001-2012 in the Cerro Silva and Punta Gorda Nature Reserves in Nicaragua. Data from Global Forest Watch. Click to enlarge.

The splitting of the larger Indo Maíz Biosphere Reserve resulted in the demarcation of the Cerro Silva Nature Reserve in 1991, and the Punto Gorda Nature Reserve eight years later. After Hurricane Joan hit the area in 1988, destroying nearly all of the 7,500 structures in Bluefields, the Reserves were created to ensure the future survival of the indigenous communities of Rama and Kriol by providing them with sufficient land from which to extract natural resources.

According to the Plan Atónomo de Desarrollo y Administración del Territorio Rama y Kriol (PADA), a strategic development plan put together in 2009 by the Territorial Government of Rama and Kriol, the goal of designating an area a “Natural Reserve’” is to conserve and restore ecosystems that are in the process of being degraded either by natural or human action, and to provide a sustainable source of basic goods and services to the communities within them. Unfortunately, despite such allocation, from 1996 to 1999, in the aftermath of a civil war, Nicaragua distributed lands among war veterans in an attempt to speed the peace process – including land within the two reserves.

Today, nearly 2,800 families of mestizos (people of a mixture of Spanish, or colonial, and indigenous heredity) have been censused within the Reserves. Only 15 percent have any ownership documents proving a legal basis for living in the area, and 55 percent entered the area within the last decade alone. In contrast, a census in 2007 revealed a total of 1,336 Rama and 446 Kriol. Nearly half (41 percent) of the Rama live in Rama Cay, while an overwhelming 73 percent of the Kriol occupy only the town of Monkey Point. 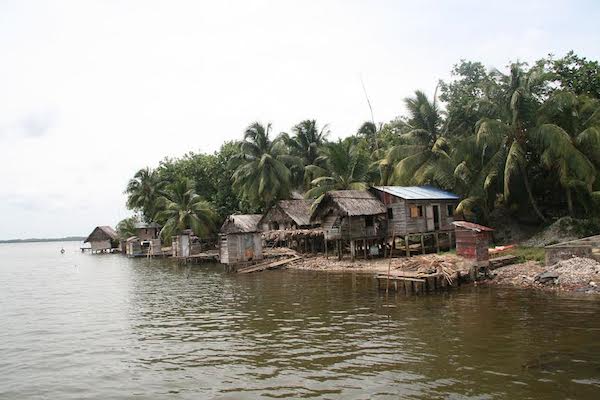 Rama Cay, the stronghold of the Rama people on the Caribbean Coast of Nicaragua. Photo by MaSii.

In an interview with mongabay.com, tapir expert Christopher Jordan revealed the true extent of the devastation the illegal presence of mestizos has wrecked on community lands within the Territory of Rama and Kriol.

“I believe that nearly the majority of both reserves have been converted into cattle pasture by illegal colonists,” Jordan said. “There still exist small patches of forest, but nothing resembling a contiguous reserve.”

Jordan emphasizes that despite this fragmentation of forested land, megafauna such as the jaguar and tapir still appear on his camera-traps, indicating the importance of even disturbed areas for dispersal of large mammals to the better-protected Indio-Maíz Biosphere Reserve in the south. In fact, Jordan asserts that swamp habitats are actually likely to be of extreme importance to wildlife, “simply because the forest patches all have [a] considerable presence of hunters.” 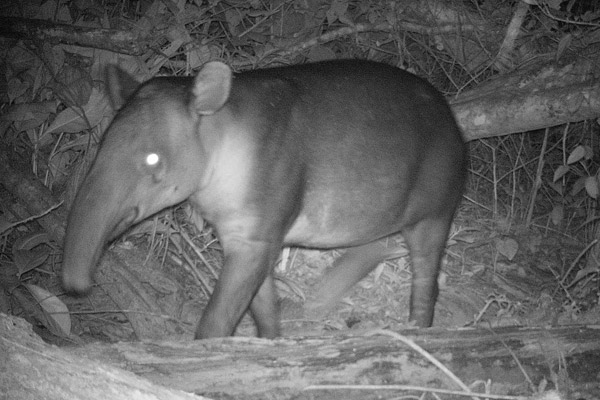 The Rama and Kriol communities today continue to participate in resource extraction from the last forests standing, engaging in slash and burn agriculture (focused on tubers and plantains), as well as hunting (wild pigs, agouti (large rodents) and even jaguar); however, these practices, once sustainable given the large reserves that were available to them, are now impractical in the extreme.

The PADA states that for the Rama and Kriol, hunting represents a fundamental component of a traditional mode of life. When you add to this fishing and harvesting of mollusks however, the PADA deems all forms of traditional hunting to be occurring at unsustainable levels – a clear indication to them that it is time to maintain hunting as an alternative, and not primary, source of protein.

Although the area has its own autonomous communal government, and the PADA includes a plan for the coexistence with some of the older mestizo families, Jordan revealed that new mestizos continue to encroach on the territory, rapidly converting forest to cattle pastures for use or for sale to others (often illegally) immediately upon occupation.
Ironically, Jordan noted that perhaps the only forested areas that remain fairly well protected are those closest to the Rama and Kriol communities, near or within the two reserves. Continual shrinking of available hunting lands, however, has caused incidences of rare species to drop further in these areas.

“So not only are the colonists affecting the reserves and the wildlife that inhabits them,” Jordan said, ”but their activities are leaving the indigenous and afro-descendant communities increasingly vulnerable.”

The area is, thus, no stranger to violence. Jordan described the recent, complete, and brutal displacement of the Rama community from a town named Wiring Cay by immigrant mestizos. In areas with high mestizo populations (coincidentally also the most deforested), tapir sightings are few and far between on his camera-traps. In fact, Jordan has even recovered a camera-trap that had been shot at three times – an undeniable symbol of hostility.

The PADA makes strong recommendations to the Nicaraguan government: it requests the support of the indigenous communities in regaining control of the land in the area, the eviction of illegal squatters, and the preservation of large tracts of forest for the establishment of breeding “source” populations of the species that the Rama and Kriol rely on for food. It proposes the creation of three zones – the first for solely community use, the second an area of recovery for the forest, and finally, a zone in which displaced mestizos may reside with permission from the Territorial Government.

It is hoped that in the near future, the Nicaraguan government will take active steps to control the spread of cattle pasture and agriculture through the communal Territory of the Rama and Kriol peoples. Not only are these forests crucial to the survival of indigenous people, but they also form a vital corridor between intact forest north and south of the reserves for animals like the jaguar and the tapir, the conservation of which will protect innumerable smaller and less charismatic species that lack prominent champions for their survival.

Another threat to the remaining forests and fauna of southern Nicaragua is the planned construction of a canal that would connect the Atlantic and Pacific through Lake Nicaragua. Dubbed El Gran Canal, the waterway is expected to cost upwards of $50 billion and will be developed at the hands of Chinese development corporation, Hong Kong Nicaraguan Development Investment Co. Otd (HKND). Hugely controversial due to environmental impacts, a Nicaraguan committee comprised of government officials, business people, and academics approved the project last month. As planned, the canal will extend 278 kilometers (173 miles), and cut right through Punta Gorda and Indio Maiz reserves. Construction is set to begin December, 2014, and finish in 2019. 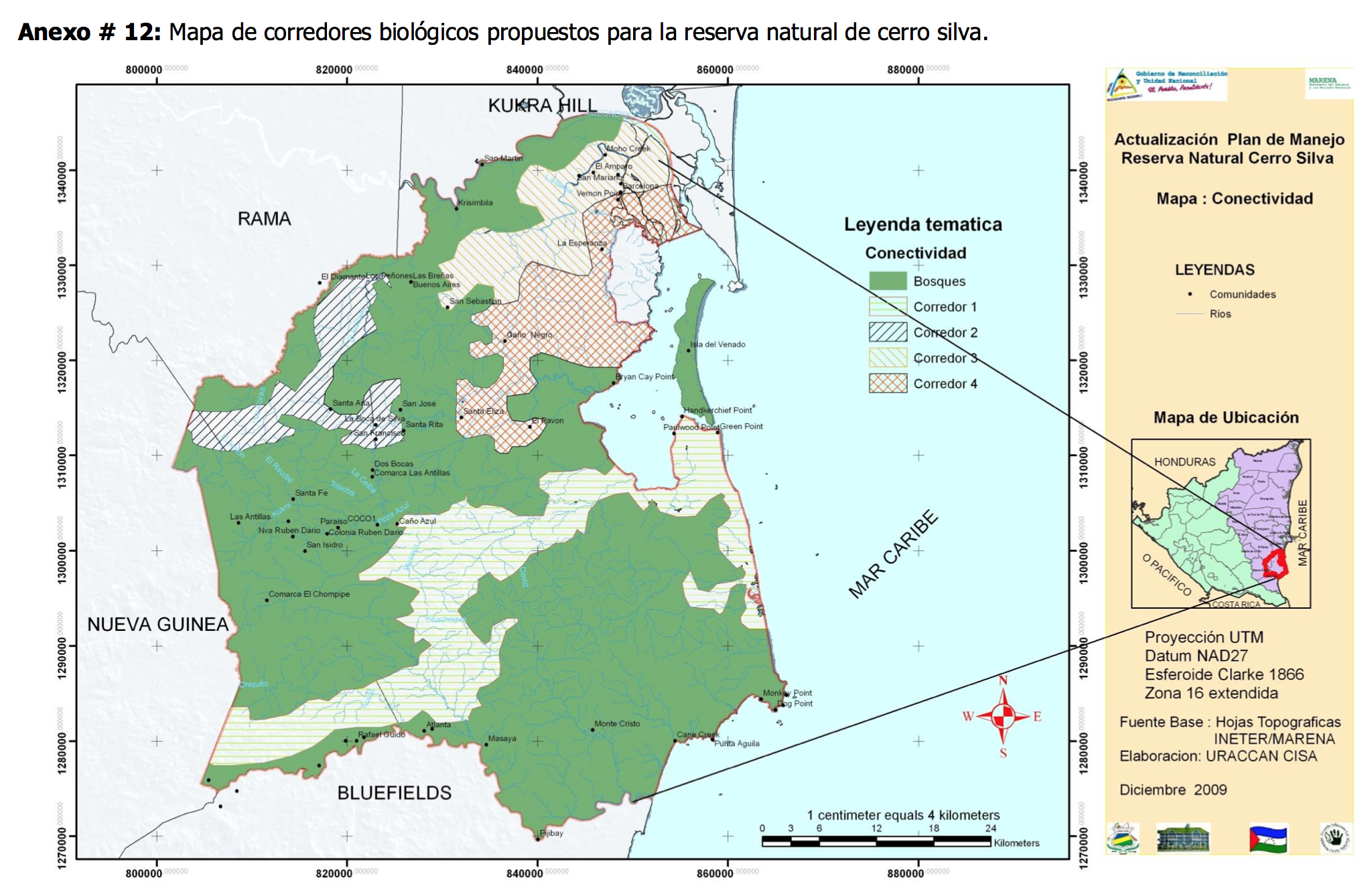