New satellite data from NASA suggests that deforestation is sharply increasing in Bolivia and Mekong countries during the second quarter of 2014.

Bolivia’s rate of forest loss was 200 percent higher than a the five-year average, according to Christopher Potter, a Senior Research Scientist at NASA Ames Research Center who co-led development of the tool. Clearing was concentrated in the Department of Beni. 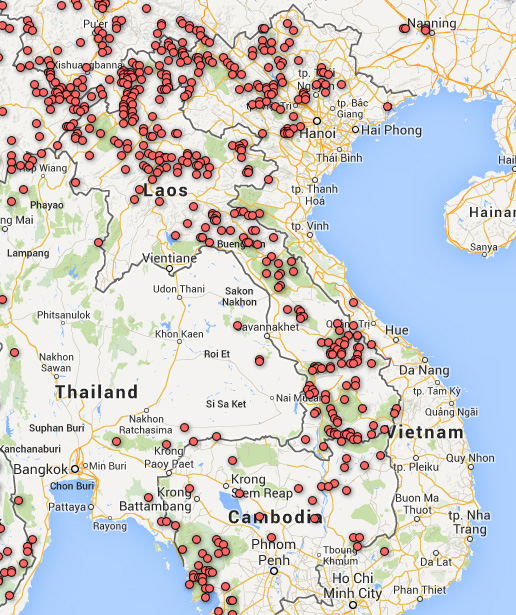 In the Mekong region, Laos (135 percent increase in the rate of forest loss), Cambodia (123 percent), and Vietnam (73 percent) experienced the highest rate of forest cover loss.

“[There were] large areas of new woodland disturbance in Kampong Chaam, and Thum,” said Potter. “[Laos had] new areas of forest disturbance country‐wide. 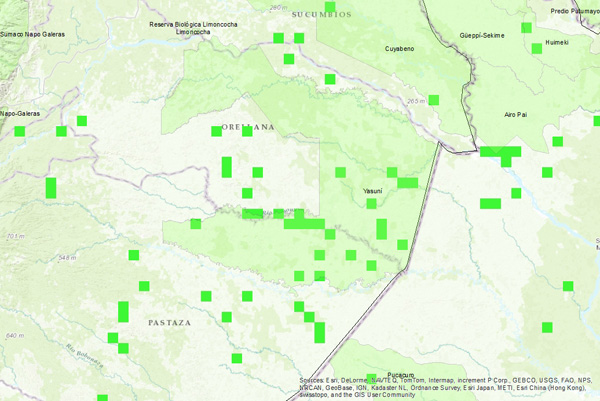 New areas of forest disturbance in the province of Pastaza and Yasuni National Park in Ecuador, which overall had a 53 percent rise in forest loss relative to a five-year baseline. 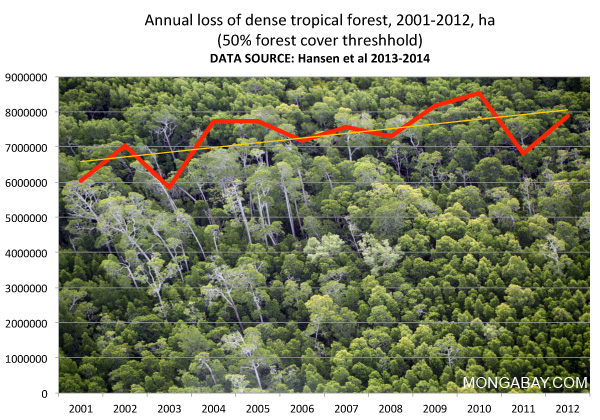 Annual tropical forest loss. Nearly 8 million hectares of dense forest across the global tropics have been lost on an annual basis in recent years, according to research led by Matt Hansen.