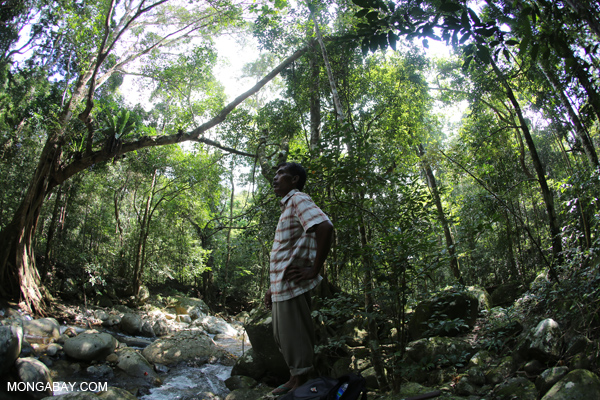 Community leader in Aceh, Indonesia. Photo by Rhett A. Butler.

Public hearings into alleged violations of indigenous peoples’ land rights will open next week in Palu on the island of Sulawesi. This is the beginning of a series of hearings by the Commission on Human Rights (Komnas HAM) to explore conflicts affecting indigenous people in forest areas. The Commission will travel throughout Indonesia, providing concerned parties an opportunity to meet and discuss land disputes, before submitting the results of their findings to the next president.

The public hearings will begin on August 27, after three months of preliminary data collection. During the hearings, affected groups—including indigenous people and the Forestry Ministry, as well as relevant witnesses—will be invited to meet with Komnas HAM to present cases of alleged violations of customary land rights.

According to Sandra Moniaga, commissioner from Komnas HAM, the number and cases heard will depend on the time available. She estimates each conflict will take approximately 3 hours to hear, and the commission will try to choose representative cases from each area that focus on forest usage rights. For example, the hearings will include cases where oil palm plantations or mining claims were established without the consent of the indigenous people. The commission will only field cases that have been submitted through a formal request for public hearing.

Sandra also said the Forestry Ministry has agreed to follow the national inquiry process, and reassured witnesses that they should not be worried about speaking out as the Witness and Victim Protection Agency is prepared to help protect them if needed. 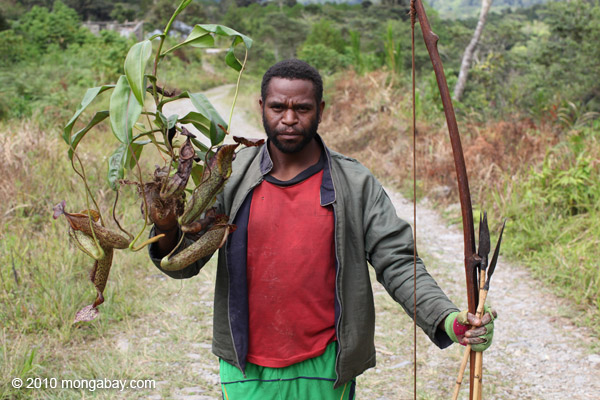 The first round of hearings in Palu, Central Sulawesi will involve six groups presenting their cases, according to Mongabay-Indonesia. The commission will then travel throughout Indonesia, conducting hearings for three days in each region through November 28. They will hear cases from North Sumatra in Medan, from Java in Banten, from Nusa Tenggara in Bali, from Kalimantan in Pontianak, and from Malaku and Papua in Ambon. Finally, there will be a special national hearing in Jakarta in early December.

There should be plenty of fodder for the commission. Abdon Nababan, the Secretary General of AMAN, the Indigenous Peoples Alliance of the Archipelago, says that neglect and violation of indigenous human rights Indonesia has been extraordinary. AMAN has identified 2,230 indigenous communities that are asking for investigations. During 2013 alone, the group recorded 150 new cases of rights violations.

“The results and recommendations of this national inquiry are expected to be accommodated by the new president,” Abdon said. “Based on the truth that will emerge from this inquiry, the president will want to apologize to the indigenous people.”

“If they wish to compensate for the losses, the government will go bankrupt,” he continued. “But, the most important outcome of this inquiry will be to trigger formal apologies. Hopefully the national reconciliation will also help indigenous people to no longer be treated as second-class citizens.” 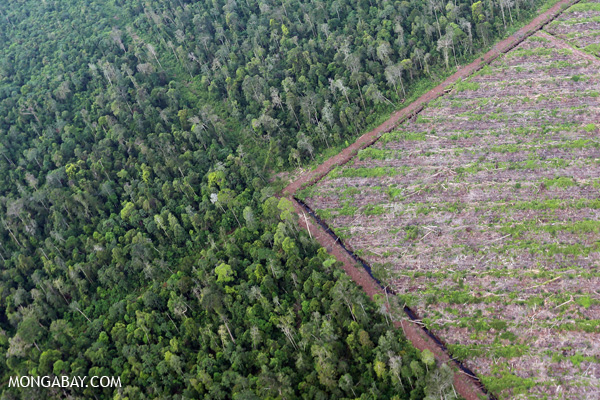 Clearing of peat forest for an industrial plantation in Riau, Sumatra. Photo by Rhett A. Butler

Noer Fauzi Rachman, Director of the Sajogyo Institute for Indonesian Agrarian Studies and Documentation, said that human rights violations have been widespread and systemic, largely due to confused and conflicting implementation of the law. For example, he cites government delays in implementing the Constitutional Court ruling of 16 May 2013 which states that “customary use” forests should not be classified as state forests. Following the ruling—considered a major victory for indigenous rights—the Forestry Ministry issued a decree stating communities must submit official documentation of customary use for their claims to be recognized.

“The government has a long habit of forgetting or denying,” Noer Fauzi said, “so there must be a recognition of wrongdoing before the situation can be improved. We must make the government repent. This is the mechanism for revealing the wrongs.” 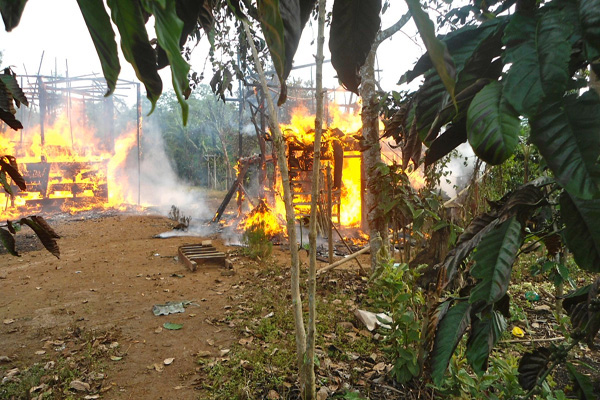 Noer Fauzi expressed hope this national inquiry will be an opportunity to work with the new government. He said Joko Widodo and Jusuf Kalla have already pledged to re-examine re-work conflicting laws that ignore the rights of indigenous peoples. Further, the President-Elect has promised to push forward the Recognition and Protection of Indigenous People bill, and pledged during his campaign to establish an independent commission to settle indigenous conflicts which reports directly to the president.

Recognition of indigenous land claims is important for Indonesia’s forests. A number of studies have shown that areas managed by traditional rights holders have lower deforestation rates than forests granted for concessions or set aside as protected areas. For example, research published last month by World Resources Institute (WRI) and Rights and Resources Initiative (RRI) concluded that empowering local communities may be one of the best way to protect forests globally.

The timing of such land use reforms is critical for Indonesia, which has made an ambitious commitment to reduce greenhouse gas emissions from deforestation, but still suffers from extremely high rates of forest loss. A study published in Nature Climate Change in June found that the archipelago’s rate of natural forest loss now exceeds that of the much larger Amazon rainforest.