by Originally Written For Mongabay-indonesiazamzami on 14 August 2014

Reported kills for 2014 in Riau Province reached 22 by June, surpassing 2013 numbers by 63 percent

There has been a spike in elephant deaths in Sumatra this year, and conversion of rainforest to plantations is one of the main causes, according to the Indonesian Elephant Conservation Forum, or FKGI. The number of Sumatran elephants (Elephas maximus sumatranus) poached in the province of Riau so far this year is staggering, with 22 reported kills in the first six months of 2014 compared to 14 for the entirety of 2013.

FKGI – a group comprised of several NGOs and individuals promoting conservation of elephants and their habitat — said conversion of natural forest to industrial forest such as timber plantations has split open the ecosystem and provides hunters easy access to elephant areas.

The Sumatran elephant is protected by Indonesia’s Law No. 5/1990 on Sustainable Natural Resources and Ecosystem Conservation. Due to a rapidly diminishing population, in 2011 the IUCN changed the status of the subspecies from Vulnerable to Critically Endangered – just one rung above extinction.

The ivory trade is thought to be the main motive of the recent spate of elephant deaths, with WWF Indonesia reporting most carcasses were devoid of tusks. Unlike African elephants that grow tusks regardless of sex, only male Asian elephants have tusks.

The group said that 18 out of 22 elephant corpses were discovered near Riau Andalan Pulp & Paper’s (RAPP) concession area. The company is a subsidiary of APRIL, the pulp & paper division of the Royal Golden Eagle (RGE) Group, a conglomerate owned by Singapore-based businessman Sukanto Tanoto.

“The corpse of the [last] elephant was found in an acacia plantation just 50 meters from the main logging road and not far from a RAPP security checkpoint,” FKGI head Krismanko Padang said in a press statement.

Four other dead elephants were found in Hutani Sola, Balai Raja Elephant Training Center, which is the concession area of the firm Arara Abadi.

Security posts set up by timber plantation companies have been loose and unable to inspect people passing through the checkpoints, FKGI added.

“From the information we gather, hunters’ car often enter the plantation area but the security officers could not stop them,” Krismanko said.

To address the situation, FKGI called for industrial forest companies such as RAPP to play a more active role in protecting elephants roaming their concession by showing more responsibility, as well as pursuing poaching cases and determining the perpetrators and the motives behind the killings. 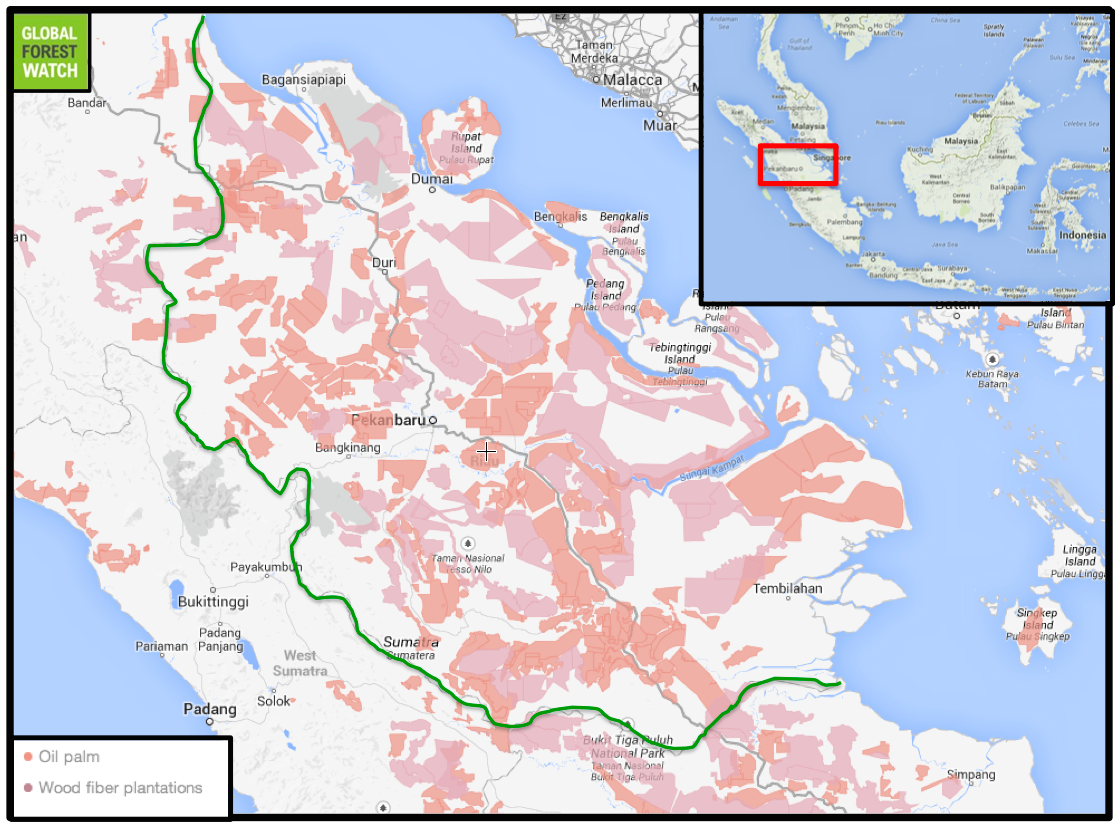 In the last decade, at least 142 elephants have been killed by poison or gunfire, but only a single case has been brought to court. That happened in 2005 in Mahato, Rokan Hulu district, and the perpetrator was sentenced to 12.5 years in jail for poaching, possessing a firearm and defying authorities.

Elephant deaths have also occurred at Tesso Nilo, one of the last remaining lowland rainforests on Sumatra, which has been designated the Center for Elephant Conservation by the Forestry Ministry. The deaths occurred in the concession areas of Rimba Peranap Indah, Siak Raya Timber and Arara Abadi in the Tesso Nilo forest block.

The head of Riau Natural Resources Conservation Agency (BKSDA) said investigation of elephant deaths is difficult. This is due to a lack of available funds and human resources, as well as the difficulty in finding witnesses, as the places where killings take place are often very remote.

“We are not making excuses but the reality is our human resources and funds are very limited. There are still other problems we need to tackle such as forest fires, illegal logging and forest encroachment,” said Kemal Amas, head of BKSDA.

According to Krismanko, attempts have been made to reach out to RAPP, with a request to RAPP management to convene and discuss the deaths. However, the request was denied by a company representative, who said they were unavailable due to the Islamic Eid holiday.

“It goes to show that Sumatran elephant death is not a priority for RAPP,” Krismanko said. “So let RAPP’s image become bad in the eye of the people and consumers. Their commitment is questionable.”

Sunarto, a species specialist from WWF, said plantation firms whose area is part of elephant range should be active in conserving elephants and be willing to allocate space for their movements.

“The government should give incentives and appreciation to companies and people who helped save elephants,” Sunarto said. “The government must also enforce the law on those involved in damaging the habitat and even worse those who hunt and kill this highly intelligent and sociable animal.”

This article was originally published on Mongabay-Indonesia on July 18, 2014.

(07/31/2014) The Leuser Ecosystem in Aceh, Indonesia is gaining the attention of international animal traffickers, according to the Leuser Conservation Forum (FKL). From the beginning of 2013, FKL patrols have dismantled 282 makeshift traps targeting high value threatened species, and the situation is getting worse.

(07/24/2014) The story of Kissama National Park is one of perseverance, vision and disaster in waiting. The only functional national park in Angola, a country wracked by war for decades, Kissama (also called Quiçama) lost much of its wildlife, with that which is left still impacted by poaching and deforestation. However, a project is attempting to bring the park back to life.

(07/15/2014) During the latter half of Sri Lanka’s civl war, between 1990 and 2005, Sri Lanka suffered one of the highest rates of deforestation in the world, losing about 35 percent of its old growth forest and almost 18 percent of its total forest cover. The conflict ended in 2009, and while deforestation has slowed somewhat, Sri Lanka is still losing forest cover at a fast pace.