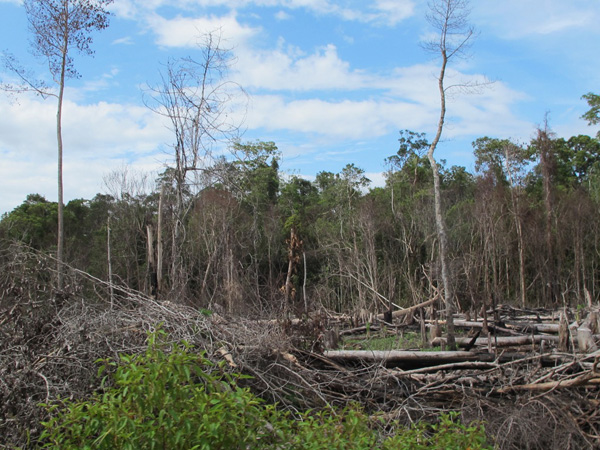 Oil palm plantations and other developments are threatening Rawa Singkil Wildlife Preserve—Aceh’s largest peat swamp, and home to the densest population of Sumatran orangutan in the Leuser Ecosystem. The lack of clear boundaries, and construction of roads bisecting the area has fostered encroachment by local and outside entrepreneurs, including some former local officials, reports Abu Hanifah Lubis, Program Manager of Yayasan Leuser Internasional (YLI).

“They claim the boundaries are not clear,” Abu Hanifah told Mongabay-Indonesia via phone, “Some people also claim that the land is theirs for customary use since their families were there before the area became a wildlife preserve.” YLI estimates that over 2,000 hectares of the protected area have been destroyed by illegal logging and encroachment by oil palm farms.

Rudi Putra, recipient of the 2014 Goldman Environmental Prize, and member of the conservation organization Forum Konservasi Leuser (FKL), reports even larger numbers. He estimates 40% of the 102,500 hectare protected area has been damaged.

“We have witnessed the opening of extensive tracts of land in Runding and Trumon, with wood laying about everywhere,” he said.

Further, in the Aceh land use plan passed this year, the protected area has been reduced to 82,173 hectares as a result of a proposal by the local government to remove land already deforested in the South Aceh and Subulussalam and to exclude the area for a proposed road to Bulohseuma. In addition, the proposed area includes land currently owned by PTPN I (state owned plantation company) and trans-migrant communities which were established before the wildlife preserve. 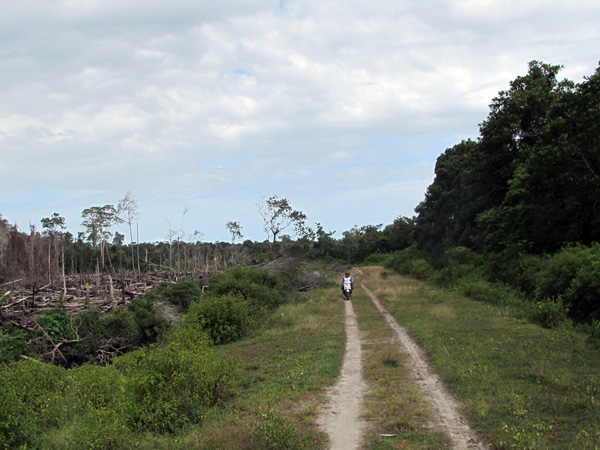 While the final designation of Rawa Singkil is still waiting approval by the Indonesian Legisture (DPR RI), roads bisecting the area are already being constructed.

“The government is obligated to stop the construction of roads which will impact Rawa Sangkil,” Rudi told Mongabay-Indonesia. Further, he stated it is the government’s responsibility to restore the degraded land and fine those responsible.

Earlier this year, the Aceh Indonesian Natural Resources Conservation Agency (BKSDA) and the Forest Conservation Agency (BPKH) began installing boundary markers along the 233 kilometer (145 mile) border of Rawa Singkil. In June, the markers were installed in the Trumon subdistrict of South Aceh. Workers marking the boundary report that where it parallels or crosses roads there are already a number of housing developments and oil palm plantations.

When reached for comment, Genman Suhefti Hasibuan, the head of the Aceh BKSDA said he did know how much encroachment had occurred, but estimated at least 1,000 hectares. He said that BKSDA was already coordinating with the Aceh Police to conduct a preliminary investigation to determine who is involved.

“This issue must be addressed as soon as possible,” Genman told Mongabay-Indonesia.