The tree pangolin (Manis tricuspis) has been upgraded from Near Threatened to Vulnerable by an IUCN Red List update. Photo by: the African Pangolin Working Group (APWG).

One of the world’s most bizarre animal groups is now at risk of complete eradication, according to an update of the IUCN Red List. Pangolins, which look and behave similarly to (scaly) anteaters yet are unrelated, are being illegally consumed out of existence due to a thriving trade in East Asia. In fact, the new update lists all eight pangolin species as threatened by extinction for first time, with two—the Chinese and the Sunda pangolin—now considered Critically Endangered.

“In the 21st Century we really should not be eating species to extinction—there is simply no excuse for allowing this illegal trade to continue,” said Jonathan Baillie, Conservation Program Director at the Zoological Society of London (ZSL) and co-chair of the IUCN SSC Pangolin Specialist Group, which was established in 2012.

“All eight pangolin species are now listed as threatened with extinction, largely because they are being illegally traded to China and Vietnam,” Baillie added.

Yet pangolins have for many years been the most-trafficked animal on the face of the Earth. In fact, the Pangolin Specialist Group hosted by the ZSL estimates that more than a million pangolins have been stolen from the wild in the past ten years alone. In fact, the group estimates that the Sunda pangolin populations has fallen by up to 80 percent over the past 21 years.

Pangolin scales are used in traditional medicine while their meat is increasingly eaten as a mark of status in countries like China and Vietnam. However, like rhino horn, there is no evidence that pangolin scales have any curative properties. The trade has become so unsustainable that researchers now fear traders are moving from largely-depleted populations in Asia to source pangolins from Africa. The four species in Africa are already threatened by bushmeat hunting for local meat consumption.

Along with the clarion call about pangolins slipping closer to extinction, the Pangolin Specialist Group is also announcing a conservation action plan, dubbed “Scaling up pangolin conservation.”

“A vital first step is for the Chinese and Vietnamese governments to conduct an inventory of their pangolin scale stocks and make this publicly available to prove that wild-caught pangolins are no longer supplying the commercial trade,” said conservationist Dan Challender, a Co-Chair of Pangolin Specialist Group.

Most important, says the group, is reducing demand for this imperiled group. 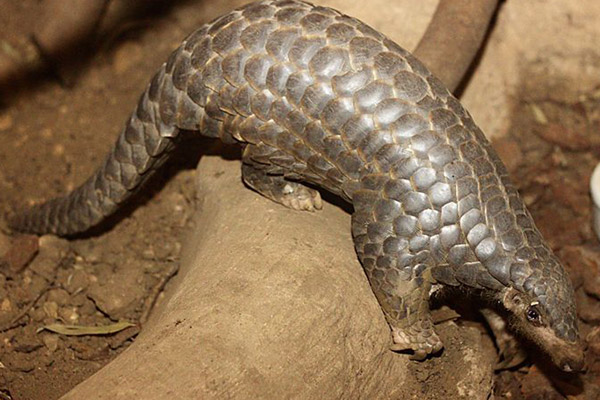 WARNING: GRAPHIC PHOTOS AT THE BOTTOM 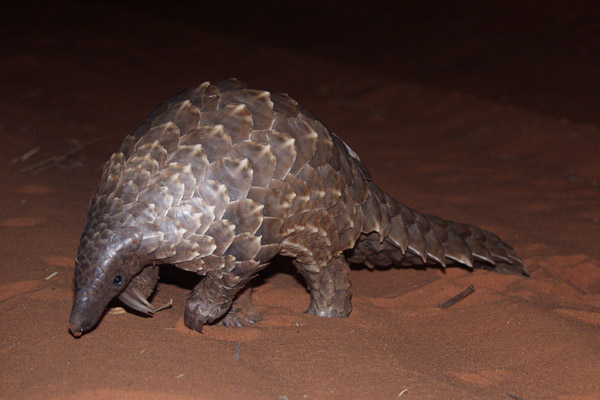 The ground pangolin (Manis temminckii) has been moved from Least Concern to Vulnerable. Photo by: APWG. 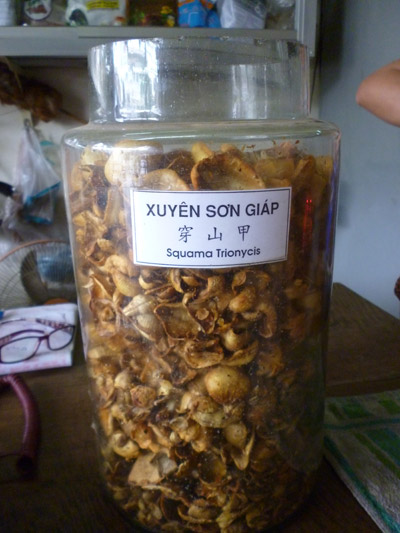 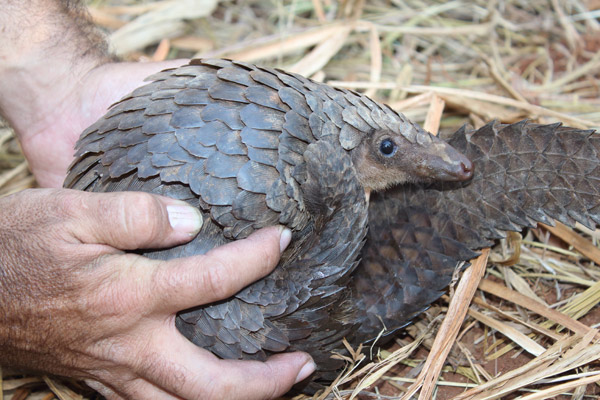 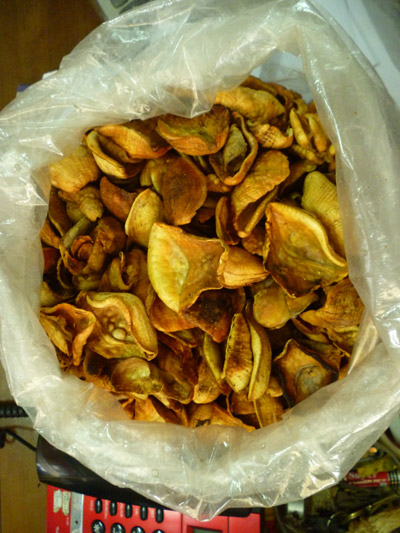 Pangolins are being slaughtered en masse for their scales (pictured here) and their meat. Photo by: Dan Challender. 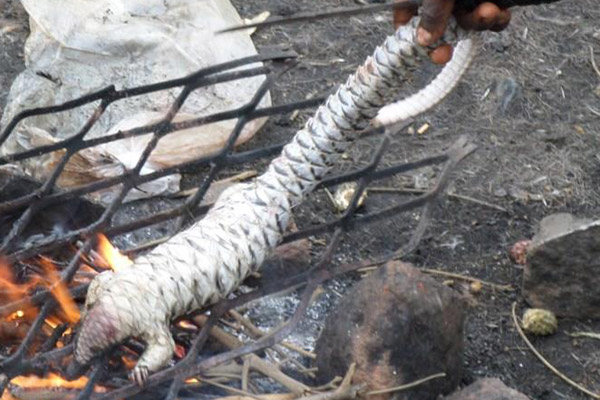 Roasting a pangolin in a fire. Pangolins are eaten as bushmeat in Africa, but the biggest threat is the booming market in China and Vietnam. Photo by: APWG. 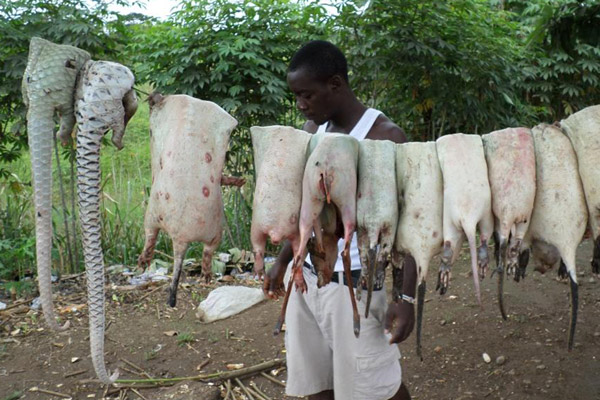 Two pangolins (on the left) hang as bushmeat in Africa. Photo by: APWG.

(07/24/2014) Lush Cosmetics has agreed to support an effort to battle trafficking of the Sunda pangolin.

(05/20/2014) In one of the biggest pangolin trafficking cases yet recorded in China, officials confiscated 956 animals stuffed into 189 coolers this month. The dead pangolins were being carried overland in a truck, with the total haul weighing four tonnes. The traffickers were caught at the border of Guangdong Province. If convicted, they face up to ten years in jail.

(05/19/2014) One of the world’s least known wild cats may have taken on more than it could handle in a recent video released by the Gashaka Biodiversity Project from Nigeria’s biggest national park, Gashaka Gumti.