Illegal logging is taking a huge toll on forests around the world. Accurate estimates are hard to come by since governments tend to underestimate volumes harvested in effort to save face, but a report issued by the World Bank in 2012 pegged the losses in assets and revenue due to illegal logging at $10 billion annually. This translates into the destruction of a piece of forest the size of a football field every two seconds.

In response, many countries such as the U.S. and members of the E.U have banned the import of timber whose legal harvest cannot be verified. While the efficacy of this is somewhat contentious – for instance, lumber made of ground-up wood such as particleboard is very difficult to identify to species, requiring expensive and time-consuming lab analysis – it has reduced demand somewhat. 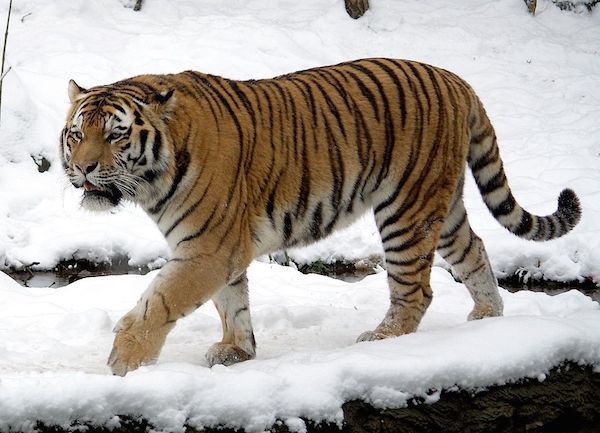 However, Japan has made no strides to reduce its import of illegal timber. Instead, it is knowingly importing mass quantities of wood sourced from vulnerable forests in Siberia, according to a report recently issued by the Environmental Investigation Agency (EIA).

The report found that wood harvested from Russia’s far east is sent to China where it is made into edge-glued lumber, 90 percent of which is then exported to Japan for construction purposes.

Illegal logging is having huge impacts on Siberian forests, where low temperatures make growback a very slow process. According to data from Global Forest Watch, Siberia lost more than 32 million hectares of forest from 2001-2013. Of this, between 50 and 90 percent is estimated to have been harvested illegally, amounting to between 16 million and 28.8 million hectares. To put this in perspective, the entire land area of the U.K. is 24.4 million hectares.

Siberian forests are home to a number of unique and threatened species, including the iconic Siberian tiger (Panthera tigris altaica). Listed as Endangered by the iUCN, these tigers once ranged throughout the Russian far-east. But hunting and habitat degradation has forced those that remain into a strip of forest wedged between China and the Sea of Japan. This, the only wild population of Siberian tigers in the world, is currently declining, with the last reliable census finding a breeding population of just 250 individuals. 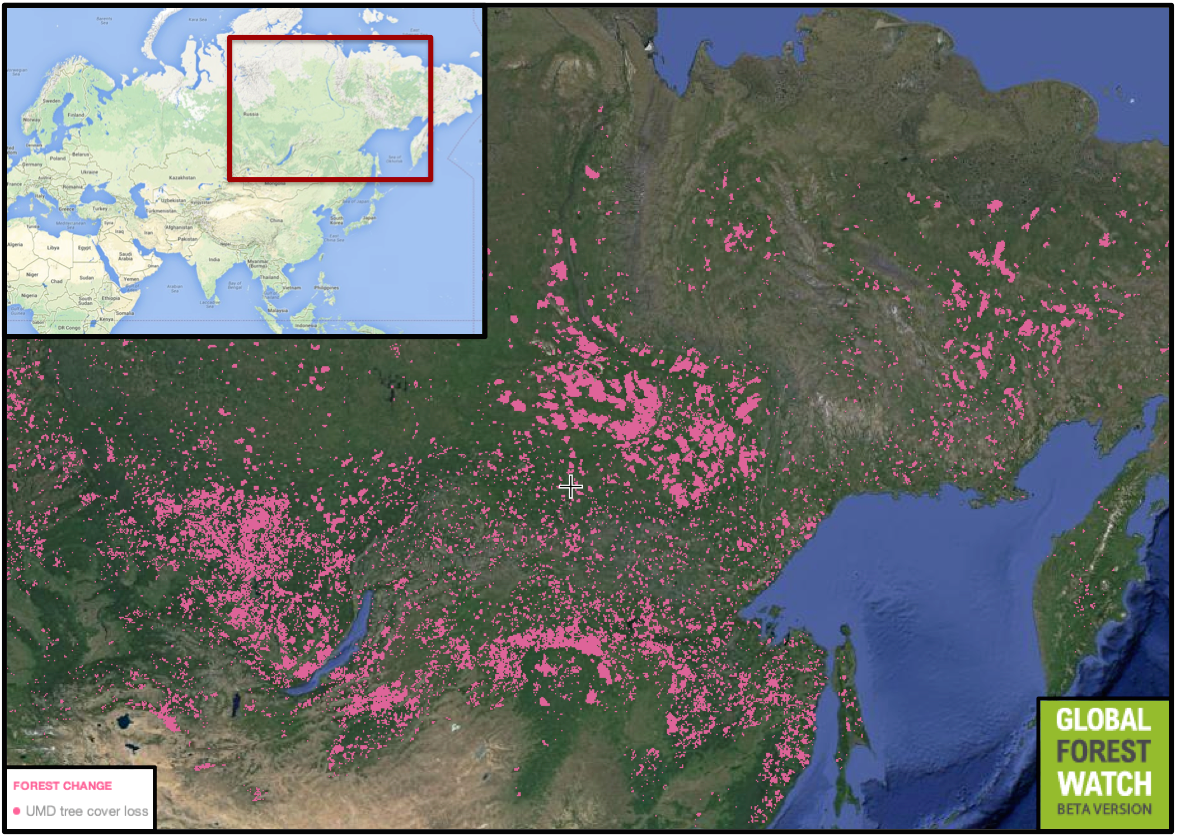 Siberia has lost more than 32 million hectares of forest over the past 13 years. Map courtesy of Global Forest Watch. Click to enlarge.

The proximity of this last vestige of tiger habitat to both China and the ocean makes it an attractive target for loggers. While protections have been enacted to protect the tigers, their habitat is still being affected by deforestation. According to Global Forest Watch, more than two million hectares – or about three percent – of forest disappeared from the species’ range over the past decade.

Illegal logging of Siberian forests is done largely through criminal networks, and has dramatic impacts not just wildlife, but economies as well.

“Organized criminal groups send out logging brigades to steal valuable hardwoods from protected areas, decimating Russian forests and depriving the Russian economy of millions of dollars in lost tax revenue,” Horner said. “Importing cheap illegal wood from eastern Russia is a tragic crime of convenience that directly undercuts Japanese business trying to play by the rules. Any company buying products containing wood from eastern Russian, whether directly or via China, should know that it may be using stolen wood and must take great care to ensure legality.”

However, determining whether wood comes from a legal source is not an easy task and requires constant vigilance. A report issued by EIA in 2013 detailed a case in which Lumber Lquidators, the largest flooring retailer in the U.S., was found to have sourced its lumber for years from a Chinese supplier of illegally logged Russian timber.

Lumber Liquidators is currently being investigated for violation of U.S. legislation banning the import of illegal wood. However, Japanese companies that do so operate under no threat of penalty.

“The time has come for Japan to join other developed nations in supporting legal forest products trade,” Horner said. “Without swift action by the government to prohibit illegal timber from entering its market, Japanese consumers will continue to be unwitting financiers of the timber mafias that are raiding the world’s forests.”